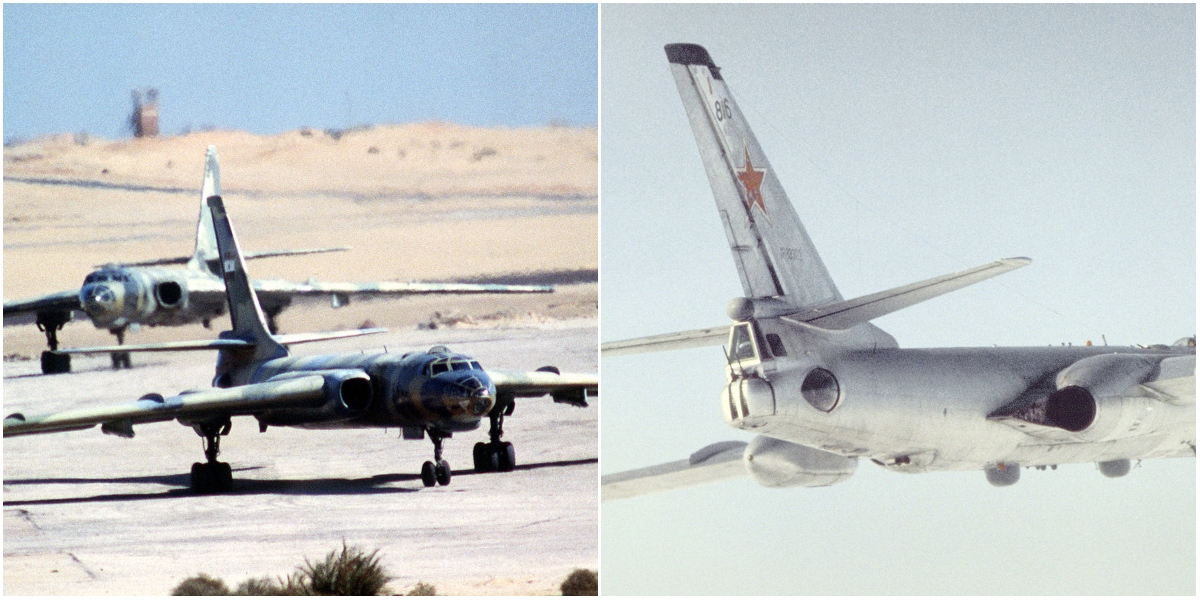 Still pursued by the two Mirages, the Tupolev thundered low over the Israeli air base, making a right turn that enabled Sabih and Kargoli to open fire from their barbettes at the aircraft and installations below…

Early on the morning of Jun. 6, 1967 (second day of the June 1967 Arab-Israeli War), the High Command of the Iraqi Armed Forces in Baghdad ordered Squadron Leader Farouk at-Tail, commander of the No. 10 Squadron, Iraqi Air Force (IrAF), to launch an air strike on Ramat David AB, in northern Israel.

As told by Milos Sipos & Tom Cooper in their book Wings of Iraq Volume 1: the Iraqi Air Force, 1931-1970, each bomber was to operate as a single-ship, without providing mutual protection with their three defensive barbettes, each of which was equipped with two 23mm cannon, and without any fighter escort. Piloted by Tail (with Majid Turki Abbas al-Jumaily as co-pilot), the first Tu-16 reached Mafraq AB at low altitude before climbing to 25,000ft (7,620m) while crossing the Jordan River and searching for its target. The crew reported to have found Ramat David and released its bombs without any disturbance, around 05:05 local time, and then returned to Taqqaddum AB. However, it seems that Tail’s report was overoptimistic and his bombs hit an Israeli military installation near Taamach, 10km (6.2 miles) southeast of Afula, where – according to Iraqi intelligence reports — several building were demolished, two Israeli soldiers killed and five injured.

The next two Tu-16s were less lucky: their crews were forced to abort due to technical difficulties and return to Taqqaddum AB. The fourth Tupolev was piloted by Hussein Muhammad ‘Kaka’ Hussein – with co-pilot Faeq Alwan, Sobhi Abdul Karim Kargoli (navigator and gunner), Rashid Adam (weapon operator and gunner), and Ghani Yahya Sabih (rear-gunner) on board. It missed Ramat David AB and continued climbing over the Mediterranean Sea, whereupon Hussein decided to turn around and try to find another suitable target. Around 08:35 local time, for unexplained reasons and despite a clear order not to attack civilian targets, the crew released its load over the centre of Netanya, hitting the main street and causing a number of civilian casualties. Shortly later, Hussein’s bomber was intercepted by two Mirage IIICJs from No. 117 Squadron, 1DF/AF. Sabih opened fire with his two 23mm cannons, forcing them to break and reposition while Hussein entered a right turn and began a descent that finally brought him directly over Ramat David — just at the moment the the crews of four No. 110 Squadron Vautours and two No.11 Squadron Mirage IIICJs were preparing for an attack on Iraqi H-3 airfield.

Still pursued by the two Mirages, the Tupolev thundered low over the Israeli air base, making a right turn that enabled Sabih and Kargoli to open fire from their barbettes at the aircraft and installations below. Their bomber was then hit by one of two missiles fired by the Mirages: Hussein reported via radio that the aircraft was still controllable and that he was attempting to escape in an easterly direction. However, while trying to do so, he flew his bomber directly over the IDF barracks near Megiddo airfield, where it was hit again, this time by one of the Mirages and by 40mm Bofors anti-aircraft guns. The big Tupolev crashed into a military storage complex hidden within a pine forest west of Afula, destroying three barracks and two teams of 120mm mortars, and killing its crew and between 11 and 14 Israeli reservist soldiers.

Wings of Iraq Volume 1: the Iraqi Air Force, 1931-1970 is published by Helion & Company and is available to order here. 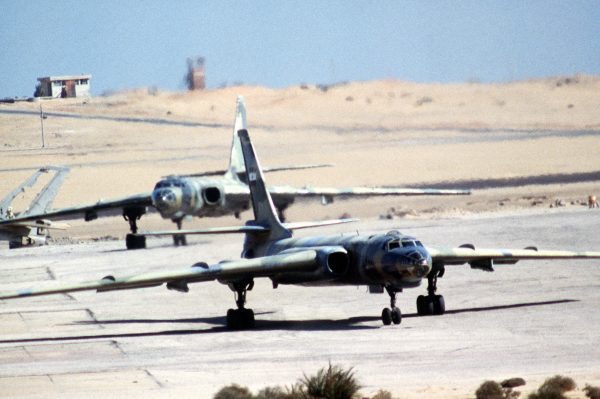