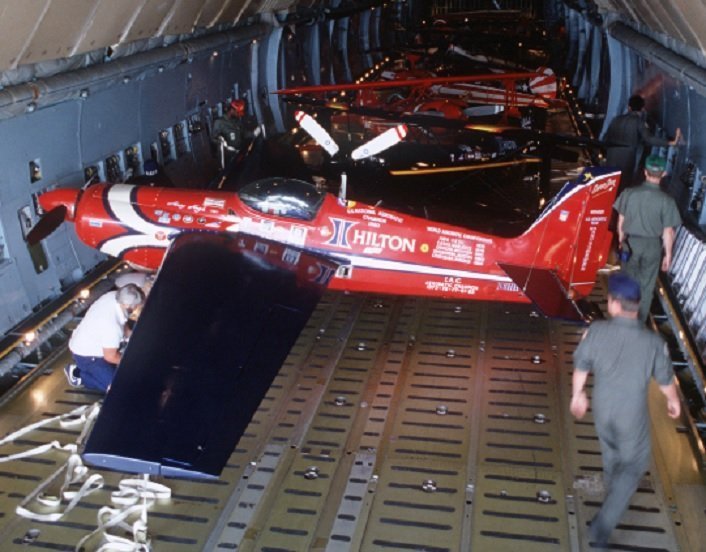 Taken in 1984 at Rhein-Main Air Base, Germany, the interesting picture in this post shows the aircraft belonging to the US World Aerobatic Champion Team being secured for transportation aboard a U.S. Air Force (USAF) C-5A Galaxy aircraft. The Military Airlift Command (MAC) provided their transportation back to the US after the team’s competition in the 12th World Aerobatic Championships at Bekescsaba, Hungary.

All of the team aircraft were transported intact inside the C-5, eliminating the need for reassembly. This method of transport was very successful and has been used several times.

The C-5 has a greater capacity than any other airlifter. It has the ability to carry 36 standard pallets and 81 troops simultaneously. The Galaxy is also capable of carrying any of the Army’s air-transportable combat equipment, including such bulky items as the 74-ton mobile scissors bridge.

Ground crews are able to load and off-load the C-5 simultaneously at the front and rear cargo openings, reducing cargo transfer times. Other features of the C-5 are:

– Five sets of landing gear totaling 28 wheels to distribute weight
– Nose and aft doors that open the full width and height of the cargo compartment to permit faster and easier loading
– A “kneeling” landing gear system that permits lowering the parked aircraft to facilitate     drive-on/drive-off vehicle loading and adjusts the cargo floor to standard truck-bed height
– Full-width drive-on ramps at each end for loading double rows of vehicles
– A maintenance diagnostics system that records and analyzes data from more than 800 (C-5A) and 7000 (C-5M) test points, reducing maintenance/repair time. 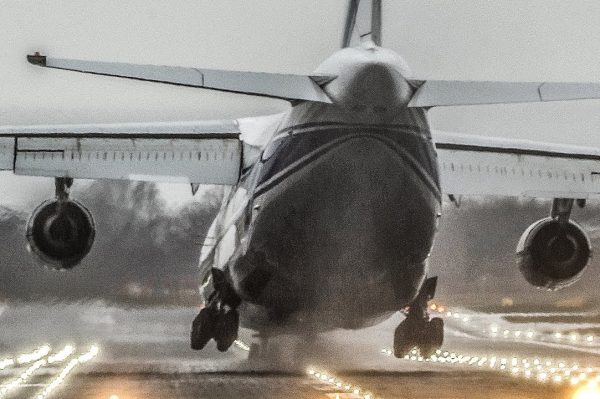