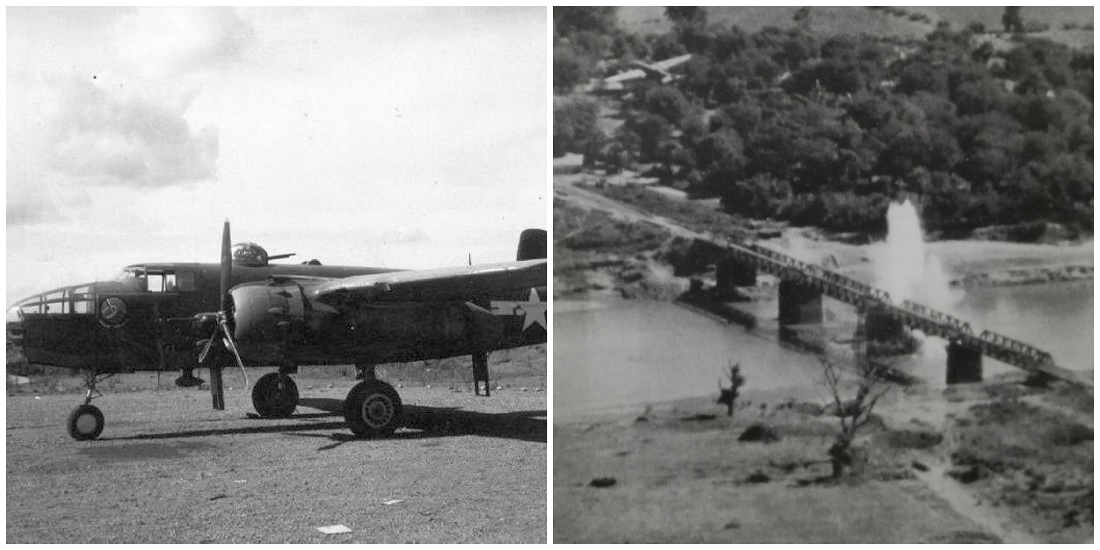 Getting direct hit on a target only 15 ft wide from medium altitude was challenging. Experience showed that even near misses would do little to damage a strongly built bridge structure.

The B-25 Mitchell was the only American medium bomber to operate in the China-Burma-India (CBI) Theatre. Commencing operations in July 1942 in China, and a few months later from India. the B-25 flew continuously until the end of the war. The Tenth and Fourteenth Air Forces each had one medium bomber group assigned, while the Fourteenth Air Force also had one medium bomber group in the Chinese American Composite Wing (CACW). The B-25 units in the CBI Theatre flew nearly every version of the Mitchell, using the aircraft for a variety of missions.

B-25 operations in China began with medium altitude bombing, but as aerial opposition declined, the medium bomber units in the Fourteenth Air Force turned to low-level strafing of ground, transportation and shipping targets.

Adopting the low-level bridge-busting techniques of the India-based B-25 squadrons, the 341st BG conducted a campaign against road and rail bridges in southern China and French Indochina during 1945.

Noteworthy, as explained by Edward M. Young in his book B-25 Mitchell Units of the CBI, getting direct hit on a target only 15 ft wide from medium altitude was challenging. Experience showed that even near misses would do little to damage a strongly built bridge structure. To compound the problem, Imperial Japanese Army (IJA) engineers proved to be capable of making rapid repairs toil but the most severe damage, including building bypass bridges alongside a damaged structure.

As an example, by the end of 1943 the B-25s and the 7th BG’s B-24s had flown 39 missions against the Myitnge bridge, with the Liberators dropping 1219 bombs and recording 18 hits. This meant that only 1.5 per cent of all the bombs dropped actually struck their target. The medium bombers had better average, getting one hit for every 15 sorties. The bombers tried 500-, 1000- and even 2000-lb bombs, without much difference in the end result. Attacks on the six major bridges in the Burma railway system accounted for 17 per cent of all the bombs the USAAF dropped on the country in 1943 with precious little to show for this effort. Only a direct hit could damage a bridge sufficiently to render it unserviceable, and the statistical chances achieving this with the methods employed were almost nil.

With their companion squadrons earmarked for China, the men of the 490th BS realized that responsibility for continuing the bridge-busting campaign in Burma rested with them. Squadron CO Lt Col Robert McCarten determined that the unit would find a solution to the problem. In the final months of 1943 the 490th tried to develop tactics that would work. Having bombed unsuccessfully from medium altitudes, the unit switched to low-level attacks using the techniques of skip bombing developed in the Pacific, only to find that once released, the bombs would often bounce over a bridge or go under to explode beyond, doing no damage whatsoever. An attempt at dive-bombing only proved that the B-25 was not designed for this type of attack.

Ironically, the solution, in the form of the glide-skip (GLIP) bombing, came about purely by accident on Jan. 1, 1944. That day, squadron operations officer Capt Robert Erdin was assigned to bomb the Mu River bridge — one of the six critical bridges in Burma’s railway system. He decided to try a new approach to the target. On most attacks, the B-25s flew at a diagonal or at right angles to the bridge before dropping their bombs. Erdin chose to follow the line directly to the bridge before dropping his bombs. Coming in at low level, he was suddenly forced to pull up just before dropping his bombs to avoid a tall dead tree immediately in front of him. Hurriedly pushing his B-25 back down again, Erdin hit the bomb release button, fully expecting to see his bombs bounce off the bridge. He and his crew were astonished when two of the bridge’s spans fell into the river. When his bombs were released in a slight dive, they fell at an angle that enabled them to hit the bridge and explode instantly, instead of bouncing off. This technique proved to be the answer. With some refinements and further training, in the months to come the 490th BS would establish an astonishing record of destruction.

B-25 Mitchell Units of the CBI is published by Osprey Publishing and is available to order here. 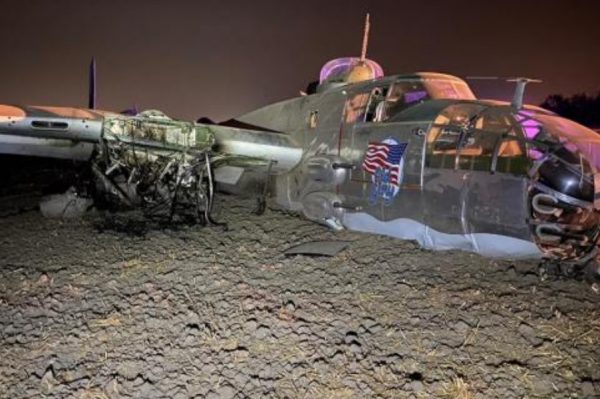 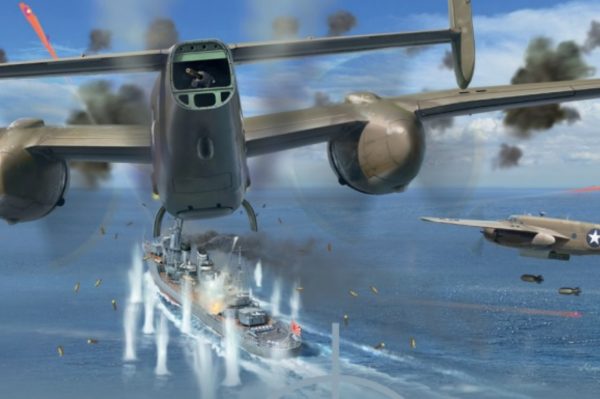 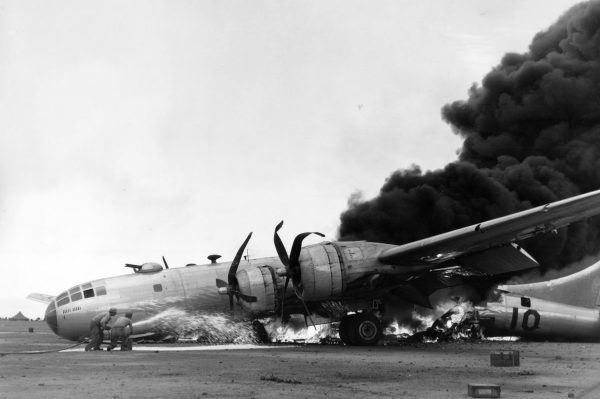