Log In Sign Up
Homepage Aviation HistoryThe “accidental” arrival of the legendary F4U Corsair in the South Pacific and the story of Ken Walsh, the first man to become a “Corsair ace” 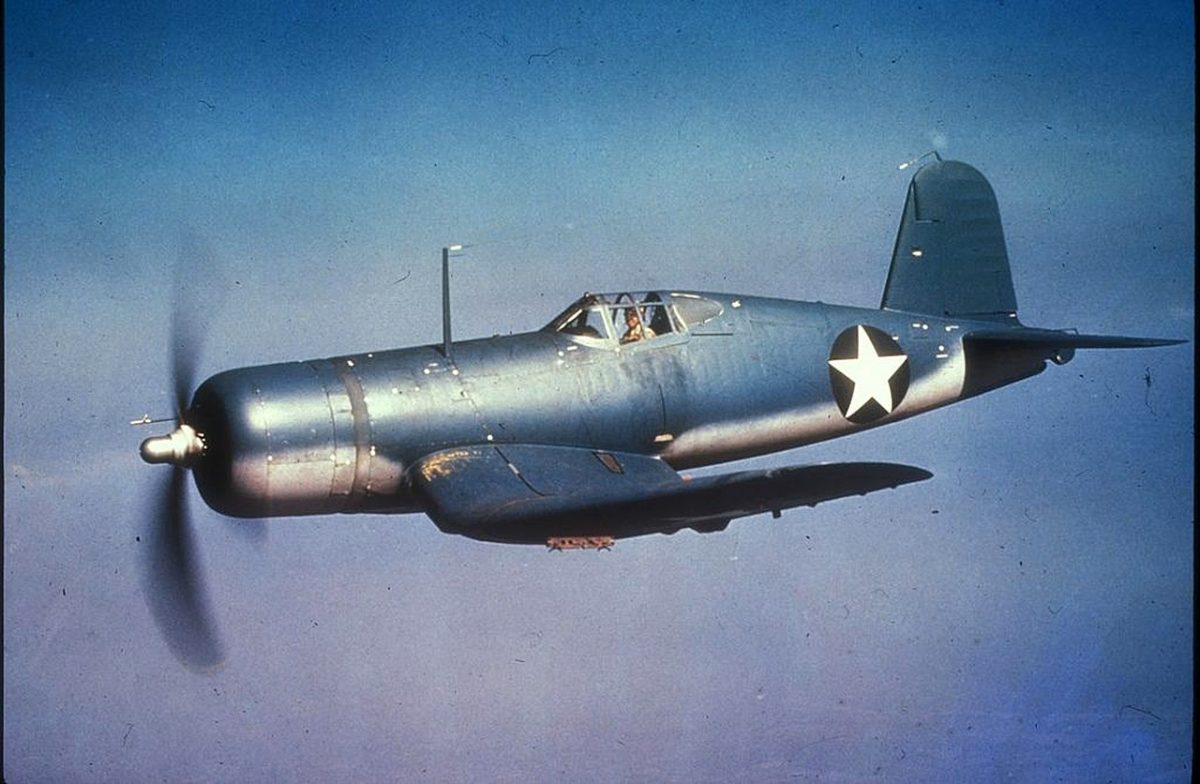 The aircraft F4U Corsair was developed by the US Navy as a carrier-based fighter, but with no immediate plan for it to go to the Marines.

During World War II nothing better symbolized the Marine fighter aviation than the Vought F4U-1 Corsair, the aircraft destined to supersede the F4F Wildcat as the standard aircraft of Marine fighting squadrons.

The aircraft in fact was developed by the US Navy as a carrier-based fighter, but with no immediate plan for it to go to the Marines.

The extended nose of the Corsair compromised forward visibility for take-off and landing, and this became problematic on aircraft carriers. This was where the plans for the Corsair abruptly changed. The US Navy decided late in 1942 to restrict the Corsair to land-based operations until techniques for carrier operations were figured out—and the aircraft, most promising in all other respects, was passed on to the Marines.

The compromised visibility in the earlier Corsairs was later addressed in the later F4U-1A and F4U-1D Corsair variants, in which the faceted “birdcage” canopy of the F4U-1 was superseded by a one-piece “blown Plexiglas” bubble canopy that provided much better visibility.

In service with the Marines in the Solomons, the Bent-Wing Bird turned out to be the right aircraft at the right time. It was fast—the second American fighter (after the USAAF’s P-38 Lightning) to be capable of cruising faster than 400mph, making it roughly 100mph faster than the Wildcat and nearly twice as fast as a Zero.

It also had a range half again greater than the Wildcat, which greatly expanded the operational radius of Marine aviators within the Solomons. Unlike the Wildcat, the Corsair had the range to fly combat sorties all the way to Bougainville and to do battle with the Zeros there at the top of the Slot.

The first operational Corsair squadron was VMF-124, commanded by Major William Gise. They arrived at Kukum Field (“Fighter 2”) within the Henderson Field complex on February 12, 1943, and flew their first mission, escorting a search and rescue PBY, on the same day. Over the next two days, VMF-124 and the Corsairs had their baptism of fire, but things did not go so well. They were caught up in what came to be known in the annals of SOPAC air operations as the “St. Valentine’s Day Massacre.”

In the missions of Feb. 13 and 14, the Americans lost 15 aircraft, including two Corsairs, while Japanese losses were minimal, perhaps as few as two. The enemy may have abandoned Guadalcanal, but they were still a potent force in the Solomons. Gradually, VMF-124 evaluated how best to exploit the Corsair’s advantages in combat with the Zeros.

Until the first of April, contact with the enemy was frustratingly rare for the Marine aviators on Guadalcanal. In contrast to the almost daily air-to-air combat in the fall of 1942, operations through the spring of 1943 saw more limited opportunities for such encounters.

Kenneth Ambrose Walsh of VMF-124, the first man to become a “Corsair ace,” scored his first aerial victories on Apr. 1. It was on this day that the Imperial Japanese Navy Air Force (IJNAF) abruptly returned to the offensive—in a big way. Fleet Admiral Isoroku Yamamoto, commander of the IJN Combined Fleet and the architect of Pearl Harbor, initiated the operation known as I-Go Sakusen, a two-week air offensive against Allied positions from New Guinea to Guadalcanal.

Ken Walsh was airborne on that morning of Apr. 1 leading a VMF-124 flight on a combat air patrol mission over the Russell Islands, ready to intercept an IJNAF strike force coming south.

A flight of USAAF P-38s was attacked by Zeros, who did not see the VMF-124 Corsairs above. Walsh led his flight in a diving attack, downing two of the enemy fighters. In another round of combat on May 13, he added three more, and the one-time “flying private” became the first Corsair ace.

For both Walsh and for the Corsair, these were merely the opening installments of remarkable stories.

America’s Few, Marine Aces of the South Pacific is published by Osprey Publishing and is available to order here. 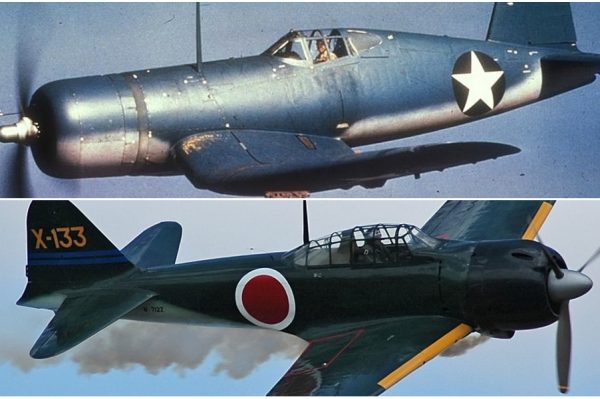 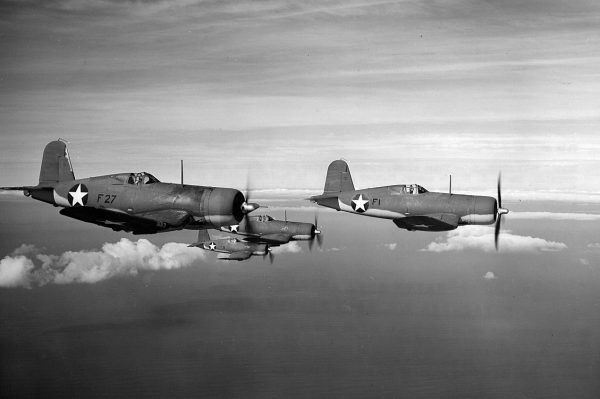