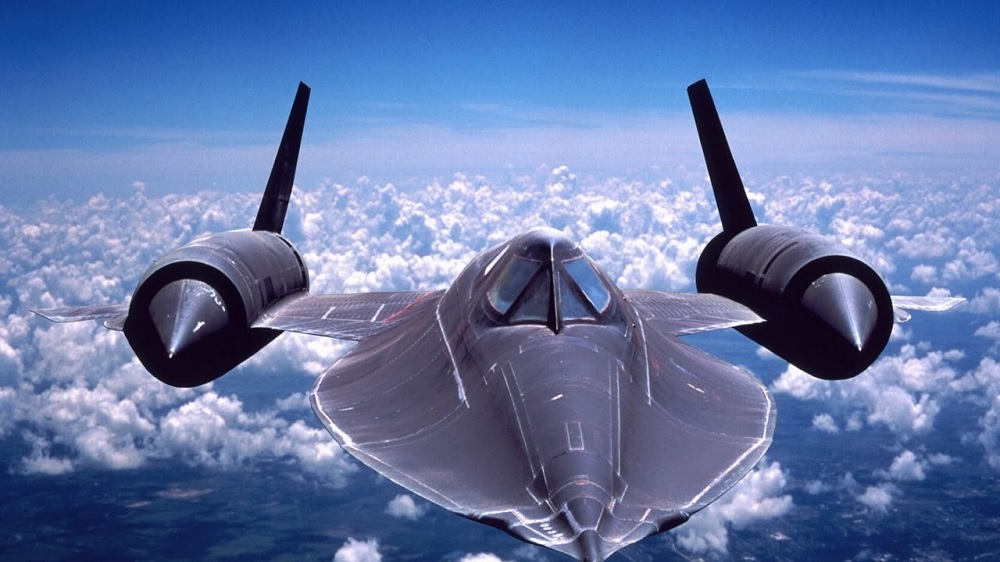 Its incredible speed enabled it to gather intelligence in a matter of a few seconds while streaking across unfriendly skies. From 80,000 feet, it could survey 100,000 square miles of Earth’s surface per hour.

No SR-71 has ever been lost or damaged due to hostile action. The aircraft was extremely difficult for enemy radars to find. Featuring the original stealth technology, the SR-71’s leading edges and vertical rudders were composite construction. Being made from a mixture of asbestos and epoxy provided high temperature resistance and radar absorbent characteristics to reduce the radar cross section (RCS).

As former Blackbird driver Col. Richard H. Graham, USAF (Ret.), explains in his book The Complete Book of the SR-71 Blackbird: The Illustrated Profile of Every Aircraft, Crew, and Breakthrough of the World’s Fastest Stealth Jet, an antiradar coating with iron ferrites was also used on the leading edges as well, lowering the RCS further. In effect, the SR-71 became the first stealth airplane. Ben Rich, head of the Lockheed Skunk Works from 1975-1991, says in his book Skunk Works that the shape of the SR-71 reduces the RCS by 65 percent, and the iron ferrite radar absorbing coating reduced it by a further 35 percent. At cruise speed and altitude, the RCS of the SR-71 represented a target of less than ten square meters. For comparison purposes, the RCS of an F-15 fighter is somewhere around one hundred square meters. Even if the SR-71 could be found on radar, its detection was so late that there was simply not enough time for a missile to lock onto it for a successful kill.

The only published and U.S. government-acknowledged missile firing at an SR-71 occurred on Wednesday Aug. 26, 1981. SR-71 pilot Maj. Maury Rosenberg and Reconnaissance System Officer (RSO) Maj. E. D. McKim were making their final pass on the DMZ, heading southwest, when North Korea fired two Soviet SA-2 surface-to-air missiles (SAMs) at their aircraft. Major McKim was the first to notice anything out of the ordinary by his DEF system [the Defensive Electronic systems that were designed to jam or spoof any radar or SAM system as necessary and were carried in SR-71’s chine bays] automatically jamming the missile’s guidance system and lighting up his cockpit displays. After he informed Major Rosenberg of his DEF indications, he looked out to the right just in time to see the missiles scream by. The incident caused quite an uproar in the press, and crews became much more cautious in future passes through the Korean DMZ.

At the time North Korea denied American charges that its forces fired SAMs at the SR-71.

As Henry Scott Stokes reported for the New York Times on Aug. 29, 1981 “North Korea said nothing about whether such an attack had been made in what it defines as its own airspace. Issuing its first direct statement on the incident, the official North Korean press agency charged that the SR-71 had violated ‘the territorial air of the northern half of our republic,’ meaning North Korea […].

“Since 1977, however, North Korea has maintained that its military borders extend 50 miles to sea from its eastern and western coasts. It describes its territorial limit as 12 miles from shore. The United States officially recognizes a limit of only 3 miles.

“The North Korean statement charged that the SR-71 mission was part of ‘maneuvers to aggravate tension and start a new war in Korea.’ It accused the United States of fabricating a story about a missile attack and of ‘groundlessly slandering’ North Korea.

Stokes continues: “North Korea’s denial came in sentence in which the Pentagon’s term ‘international airspace’ was rendered as ‘above high seas.’ ‘According to foreign reports,’ the statement said, ‘the U.S. Defense Department announced on Aug. 26 that the high-altitude reconnaissance plane of the U.S. Air Force, SR-71, seemed to be attacked by a North Korean missile above high seas, groundlessly slandering us.’ “

“The Pentagon announcement on Wednesday did not directly accuse the North Koreans of shooting at the plane as it flew in ‘South Korean and international airspace.’ It said, ‘If a missile was launched, it could have originated from any one of a number of missile sites in North Korea.’

“But Dean Fischer, the State Department spokesman, said yesterday that the United States had been able to confirm that North Korean forces ‘fired a missile at a U.S. Air Force plane flying in South Korean and international airspace’ in a routine mission similar to those conducted in the region for years.

“On Aug. 14, North Korea complained that SR-71’s had intruded into North Korean airspace eight times this month. ‘The flight patterns are only over South Korea and international airspace,’ an American military official said at the time. ‘They don’t go over North Korea.’

“A United States military spokesman said in Seoul today that North Korea had objected to an American proposal for a special meeting of the Korean Military Armistice Commission at Panmunjom tomorrow to discuss the plane incident. He said North Korea had proposed that it be held Sept. 5.”

Stokes concludes: “The incident came a week after two American F-14’s shot down two Soviet-built Libyan Su-22’s during maneuvers in the Gulf of Sidra off Libya. That case also involved disputed territorial limits.”

Noteworthy there haven been reports of more than one thousand SAMs fired at the SR-71, but in his book, Rich says the number is closer to one hundred. According Graham this number is more accurate.