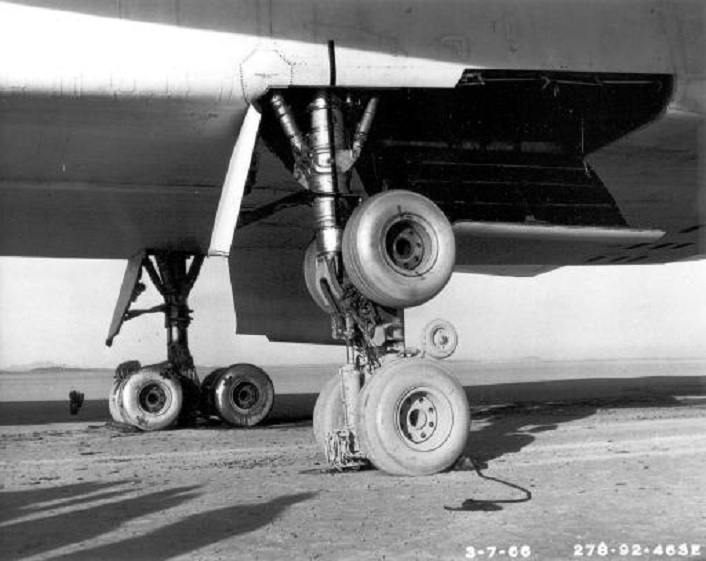 There was trouble with both sets of main gear. On the left side, the gear had not fully lowered before rotating to meet the direction of travel, leaving the rear wheels higher, rather than lower, than the front set of wheels…

The futuristic XB-70A was originally conceived in the 1950s as a high-altitude, nuclear strike bomber that could fly at Mach 3 (three times the speed of sound) – any potential enemy would have been unable to defend against such a bomber.

By the early 1960s, however, new Surface-to-Air Missiles (SAMs) threatened the survivability of high-speed, high-altitude bombers. Less costly, nuclear-armed ICBMs (Intercontinental Ballistic Missiles) were also entering service. As a result, in 1961, the expensive B-70 bomber program was canceled before any Valkyries had been completed or flown.

Even so, the USAF bought two XB-70As to test aerodynamics, propulsion and other characteristics of large supersonic aircraft. The first XB-70A (Air Vehicle 1 or AV 1) flew in September 1964, and it achieved Mach 3 flight in October 1965. The second Valkyrie (AV 2) first flew in July 1965, but in June 1966, it was destroyed following an accidental mid-air collision. The third Valkyrie (AV 3) was not completed.

The first XB-70A airplane continued to fly and generate valuable test data in the research program until it was brought to the National Museum of the U.S. Air Force in 1969.

As told by Graham M. Simons in his book Valkyrie: The North American XB-70- The USA’s Ill-Fated Supersonic Heavy Bomber, on Mar. 7, 1966 the 37th flight of AV 1 showed the type of adversity that could be overcome by a pair of experienced test pilots. Van Shepard was the pilot and Joe Cotton was copilot. Halfway through the planned flight, both hydraulic systems began to fail. Shepard quickly brought the Valkyrie home as Cotton extended the landing gear. No green indicators came on, and that was soon followed by a call from the chase aircraft that there was trouble with both sets of main gear. On the left side, the gear had not fully lowered before rotating to meet the direction of travel, leaving the rear wheels higher, rather than lower, than the front set of wheels.

The right side gear was in worse shape as it hadn’t lowered at all before rotating. Even more alarming, it hadn’t rotated completely in line with the direction of travel, although it was close. Neither the backup or emergency system corrected the problem. After what must have seemed like hours in the cockpit, engineers on the ground called up to the pilots with their plan. Shepard would land the Valkyrie on the dry lake bed at Edwards Air Force Base (AFB), so there would be plenty of room. The engineers believed that, on touchdown, the left gear would level itself out, the weight of the XB-70A forcing the gear into its normal position. As for the right gear — being behind the centreline of the main strut, it was unlikely to level out, but hopefully the landing would at least cause the gear to finish swinging into the direction of travel, and the wingtip would still clear the ground, although the right side would he much lower than the left.

Van Shepard set AV 1 down on the lake bed, and each main gear did what the engineers expected. The aircraft was down and rolling, but it wanted to turn sharply to the right threatening to ground loop, which, although probably not fatal to the pilots, would probably destroy the aircraft. So Shepard kept applying power to the No. 6 engine to help keep the XB-70A something like straight.

After rolling almost three miles across the lake bed, the XB-70A came to a stop, having swung over half a mile to the right and turned 110 degrees. Only the size of the lake bed made this landing possible.

The damage, such as it was, was quickly repaired and AV 1 returned to flight on Mar. 22. 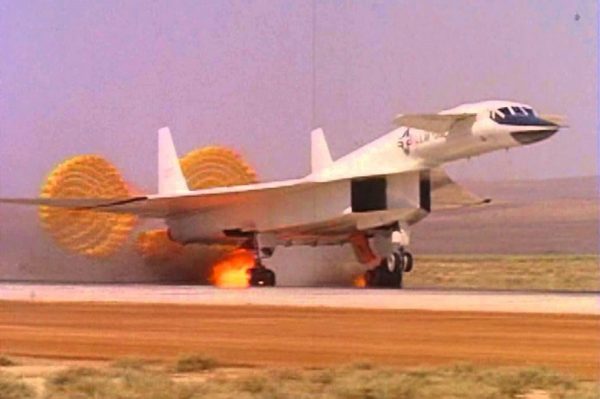 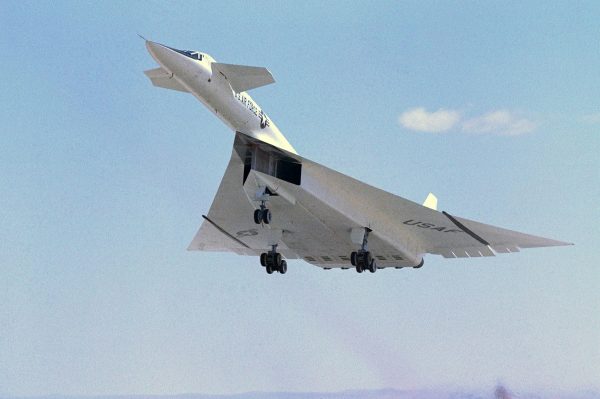 THE STORY OF THE  FUTURISTIC XB-70A VALKYRIE, THE MACH 3 STRATEGIC BOMBER THAT BECAME THE WORLD’S LARGEST EXPERIMENTAL AIRCRAFT