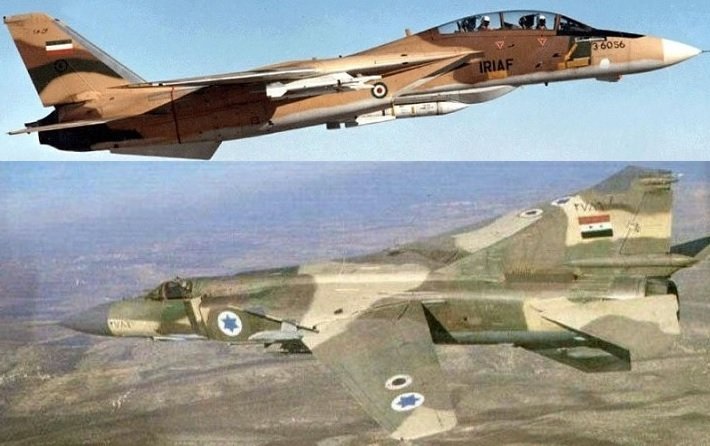 Shortly after taking a smooth right turn, the two MiG-23MLs from No. 63 Squadron rolled out barely 8nm behind the F-14A, meanwhile underway well inside the Iraqi airspace…

Although most of Iraqi sources maintain that the Iranian F-14A never proved particularly effective, and never had much success during the Iran-Iraq War, cross-examination of available data leaves little doubt about the fact that the powerful interceptor made by Grumman remained a major threat. Unsurprisingly, already during the battle for Faw, the Iraqi Air Force (IrAF) – in cooperation with the government in Baghdad – initiated a multi-prong effort to curb the activity of the Iranian Tomcats.

Except for acquiring Remora ECM-pods from France, the IrAF requested more advanced RWR/RHAW-systems from France and the Soviet Union. Furthermore, during a meeting with diplomats from Arab states in the lower Persian Gulf, Saddam Hussein announced that several Iranian F-14 pilots were about to defect to Iraq. As told by Tom Cooper in his book MiG-23 Flogger in the Middle East Mikoyan i Gurevich MiG-23 in service in Algeria, Egypt, Iraq and Syria, 1973-2018, with the Iranian intelligence services being well-present in countries like Bahrain and the United Arab Emirates, it did not take long for Tehran to get wind of this statement, and repeatedly ground many of its Tomcat-pilots during that year.

The latter story actually had some basis, because Iraqi military intelligence had, since 1982, been trying to establish contact with diverse Islamic Republic of Iran Air Force (IRIAF) pilots and convince them to defect. This operation was run via telephone calls, routed via Turkey, during which the callers had addressed targeted pilots in English. The Iraqis achieved their first success on Aug. 27, 1984, when Major Rahman Ghanat Pishnee defected with an F-4E from TFB.6 (Bushehr) to Ali Ibn Abu Talib AB. The Phantom II was carefully inspected but never test-flown: subsequently, it was parked inside a hangar where it was destroyed by US bombs, in January 1991.

Emboldened, the Iraqi Military Intelligence continued trying and eventually established contact with Captain Ahmed Moradi Talebi, an F-14-pilot based at TFB.8 (Esfahan). In spring 1986, Moradi requested permission for a family vacation outside Iran. This was granted, and in August the same year he travelled with his wife to Germany. Moradi returned without his wife, late the same month but – surprisingly enough – was granted permission to continue service. What the Iranian counterintelligence did not know was that by that point in time he had been in contact with the Iraqis and his defection was planned for Sep. 33,1986. In order to be recognized as a defector, Moradi was to fly his Tomcat along a very specific route, at a specific speed and altitude.

The Iran-Iraq War was fought under some of the harshest weather conditions ever. Simmering heat often resulted in temperatures exceeding 48°C (120°F) during the summer. Correspondingly, both sides limited their activity from late morning until late afternoon. Next to nobody flew between 1100 in the morning and 1600 in the afternoon. In the evenings, the Iraqis tended to launch air raids targeting tankers hauling Iranian crude from Khark Island.

Thus around 1530 in the afternoon every day, a pair of F-14s launched from Esfahan and flew a combat air patrol near Bushehr. One of the pilots selected to fly the afternoon patrol on Sep. 2, 1986 was Talebi. After two Tomcats aborted prior to take-off, he took off in a third aircraft, which was armed with Sparrow and Sidewinder missiles only. Once airborne, Moradi topped his fuel tanks from a tanker aircraft, and then turned west — in the direction of Iraq.

The officer assigned the responsibility to receive Moradi’s defection was Ahmad Sadik. He was present at the ADOC but did not expect the Iranian to defect on Sep. 2, 1986. He recalled the drama that unfolded that afternoon:

“I entered the main hall and took a look at the huge screen in its centre. There I could see the track of an Iranian aircraft moving west from Esfahan, approaching the Iraqi border via Khoramabad, and then turning southwest toward al-Kut. The officer on duty scrambled a pair of MiG-23MLs from al-Bakr AB and the Kari system promptly calculated their interception point near the town of Numanya, well inside Iraq.’

Shortly after taking a smooth right turn, the two MiG-23MLs from No. 63 Squadron rolled out barely 15 kilometres (8nm) behind the F-14A, meanwhile underway well inside the Iraqi airspace. The leader of the Iraqi pair then lost his radar to a malfunction: he had no choice but to advise his wingman to take over. The young lieutenant acquired a lock-on and fired a single R-24T. The hefty weapon detonated below the F-14A, setting it on fire, and forcing the crew to eject. Meanwhile, the two MiGs were critically short on fuel. They approached only close enough to identify and report the type of downed aircraft before breaking away. It was only at that point in time that Sadik realised what was going on: the Iraqis just missed a golden opportunity to get a fully intact F-14A Tomcat into their hands. Of course, the Iranian crew was captured and extensively interrogated. Moradi even took a flight manual with him. However, nearly all of the information he provided was already known to the Iraqis. Furthermore, the F-14A was completely destroyed in the crash, as recalled by Sadik, who inspected the wreckage on the next day:

“To my great disappointment, the front part of the aircraft was completely destroyed. There was not a single piece of the radar or cockpit to recover. The only weapon we could find was the M61A1 Vulcan cannon. It was completely ruined, badly twisted and burned. The two engines were relatively complete, but both were old and of no intelligence value for us. Eventually, we learned nothing from the wreckage, except that some parts of the airframes wore US serial numbers, and others were of unidentifiable origin.”

Thus ended the story of an attempted defection by an Iranian F-14 pilot to Iraq. Launched a day earlier than agreed with the Iraqis, it was spoiled when the Tomcat was shot down by two MiG-23MLs – by mistake. 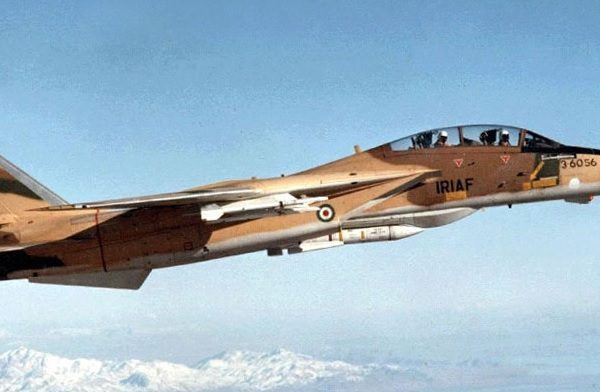