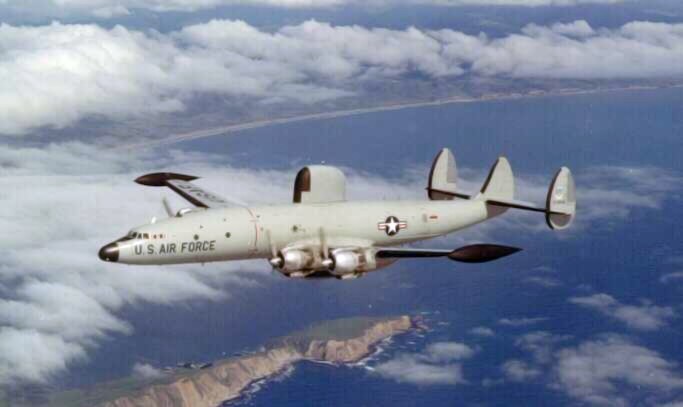 “The landing signal officer was frantically trying to wave us off as if he honestly thought that we were serious about trying to land a ‘Connie’ on his carrier. I really don’t know where he got that idea because I’m sure he could see that we didn’t even carry a tailhook,” Don E. Born, former EC-121 crew member

The EC-121, originally designated RC-121, was a radar-picket version of the U.S. Air Force’s C-121 passenger airplane. The EC-121 Warning Star provided early warning by detecting and tracking enemy aircraft with the electronic gear in the large radomes above and below its fuselage.

EC-121s played a key role by monitoring airborne North Vietnamese MiGs and guiding USAF fighters to intercept them. Orbiting securely outside the border, EC-121 crews used the aircraft’s radar and enemy radio communications to detect and locate MiGs within North Vietnamese airspace. These operations began in the spring of 1965 under the code name Big Eye (later named College Eye and Disco), and continued beyond the end of the Vietnam War.

Don E. Born was another of those flying EC-121Ds with the Big Eye Task Force (BETF), and described a typical Big Eye mission in Ian Shaw and Sergio Santana book Beyond the Horizon The History of AEW&C Aircraft:

“During my first tour in Vietnam, in 1966, we flew our missions at 50ft [15m] above the water. This was for several reasons: we would be below enemy radar; we would be below the SAM envelope; and it would give a little added protection from the high-flying MiGs. It also had many disadvantages, however: at 200kt [370km] a twitch of the hand, a hiccup, or a gust of wind, could dump you into the drink before you could say ‘which way is up’. Therefore when we would set up on station at 50ft, both pilots would have to remain in their seats at all times. The plane was flown on autopilot because it was more reliable and steady and it could hold altitude better than its human pilots. It also had quicker reaction time, especially in rough air. Even though we flew on autopilot, one pilot had to rest both hands on the control wheel with his forefinger covering the autopilot cut-off switch in case malfunctioned.

“Another disadvantage was that the Gulf was full of Navy ships and when flying at 50ft, we literally had to climb to get over them. Many times I felt like we were making a broadside torpedo run on them. I would imagine that a good many sailors hid the scare of their lives seeing this monster of an airplane coming straight for them and flying below their bridge. It was one thing to pop up and over a ship in clear weather, but the Gulf was always filled with rain squalls and trying to maintain 50ft of altitude and ‘looking-up’ for ships in pouring rain is something else. Not only did we fly over Navy ships, but we also flew over foreign freighters and fleets of fishing junks. I’m sure that we probably even capsized a few junks with our prop wash at our low altitude.

“Flying these missions was very strenuous because we were confined to our seats for periods of 10-16 hours. We did not dare leave our seats even for a restroom break and the temperature in the cockpit would climb to over 100° Fahrenheit [38° C Celsius]. By the time we pulled off station, we could literally wring water (of one type or another) out of our flight suits.

“These low-altitude missions were also very hard on the maintenance crews. The aircraft would return from a mission completely caked with salt residue and would have to be washed down from nose to tail. The salt spray was not only corrosive the fuselage, but it was even worse on the big Wright R-3350 engines.

“During the break between the morning bombing sorties and the afternoon bombing sorties, we would fly down to Da Nang to refuel. This was always a welcome break in the action and a chance to stretch our legs. We were on the ground only long enough to refuel and back on station to be ready for the afternoon fireworks.

“I remember several times either coming into or leaving Da Nang, and the guys at the Monkey Mountain radar site would ask us to make a low pass and give them ‘Bubble Check’. Monkey Mountain was our most northern land radar site, but its range was not sufficient to give adequate coverage to the Hanoi and Haiphong Harbour area, or to the Chinese border. This was one of the main reasons why the EC-121D was given its particular mission. It was after one of these refuelling stops and on our way back up to station, that we nearly landed on one of the 7th Fleet carriers.

“During another sortie we were cruising north up the Gulf at 8,000ft [2,438m] and began our descent to station altitude. There were broken clouds that day with build-ups from our altitude down to about 1,500ft [457m] . As typical, the Navy and the Air Force did not recognise the existence of one another and therefore we normally had no radio contact with Navy ships nor did we even know where they would be on any given day. Well, on this given day as we let down through the clouds end broke out on the bottom, right there in front of us, right there on centreline and glide slope, was the biggest 7th Fleet carrier I had ever seen. We could not have made better approach if we would have tried intentionally. We were honestly surprised and by the time we regained our composure, we were approaching the threshold. The landing signal officer was frantically trying to wave us off as if he honestly thought that we were serious about trying to land a ‘Connie’ on his carrier. I really don’t know where he got that idea because I’m sure he could see that we didn’t even carry a tailhook.

“With superior skill and ability, we initiated a go-around and managed to clear the bridge by several feet. It was shortly after this incident that we started to receive Navy shipboard frequencies and positioning reports during our morning briefings. I wouldn’t be a bit surprised if this aborted carrier landing didn’t have something to do with the Navy and the Air Force finally beginning to speak with one another!” 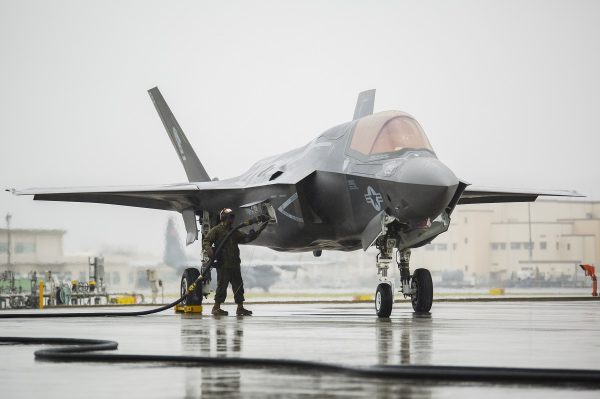