Log In Sign Up
Homepage Cold War EraThat time a Taiwanese U-2 pilot flamed out at 70,000 feet over the Rocky Mountains and glided to a rough night landing at a remote airport in Colorado 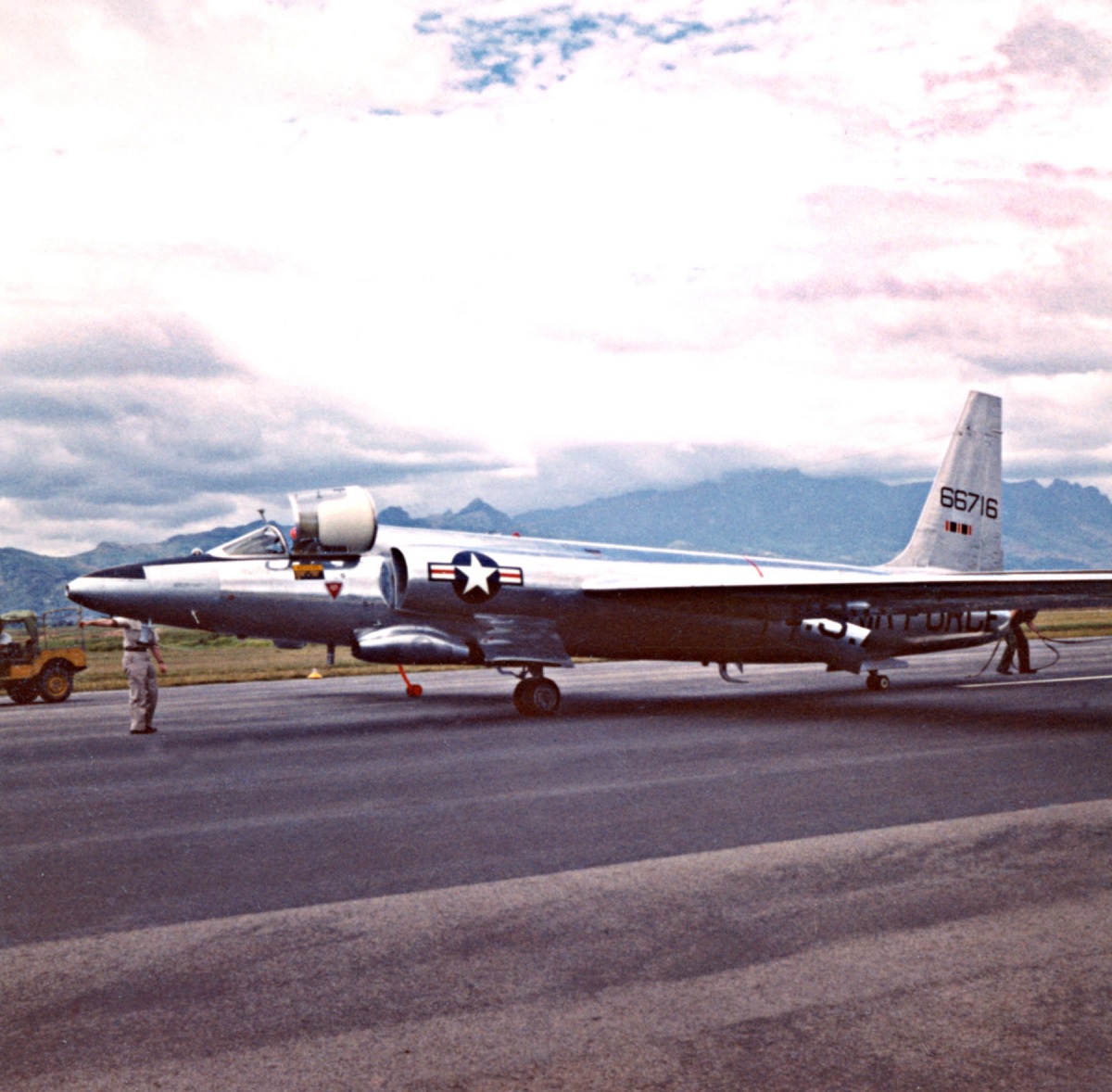 That time a Taiwanese U-2 pilot flamed out at 70,000 feet over the Rocky Mountains and glided to a rough night landing at a remote airport in Colorado

Major Hsi-Chon Hua, a U-2 pilot belonging to Taiwan’s Nationalist Chinese Air Force (NCAF) who flamed out at 70,000 feet and glided to a rough landing at the airport of the remote town of Cortez, Colorado, in 1959.

In complete secrecy, a team headed by Clarence L. “Kelly” Johnson at Lockheed’s “Skunk Works” in Burbank, Calif., designed and built the U-2 to fly surveillance missions. With sailplane-like wings suited for the thin atmosphere above 55,000 feet (over 70,000 feet for later models), this single-engine aircraft made its first flight in August 1955. Entering operational service in 1956, early flights over the Soviet Union in the late 1950s provided the president and other US decision makers with key intelligence on Soviet military capability.

This post features the incredible story (originally appeared on Air Force Magazine) of Major Hsi-Chon Hua, a U-2 pilot belonging to Taiwan’s Nationalist Chinese Air Force (NCAF) who flamed out at 70,000 feet and glided to a rough landing at the airport of the remote town of Cortez, Colorado, in 1959. Apparently, because his pressure suit and his accented English people thought he was from outer space.

‘It was my seventh training flight in the new, super-secret U-2 reconnaissance aircraft, and it was a night mission. Months before, I had been selected by the Nationalist Chinese Air Force (NCAF) to go to the US for training in the exotic U-2. Everything about U-2 operations was clandestine, even the pilot selection process.

‘We NCAF U-2 trainees had been told only that top fighter pilots were being evaluated for a new mission and that selectees would have to pass rigorous physical and English-proficiency exams.

‘My initial flight, and that of each pilot, was conducted over the wide-open spaces of southwest Texas.

‘For my seventh mission, I was to fly to Ogden, Utah, and back, using celestial navigation. The flight began around 8:30 p.m. on a hot August night. Flying weather was good, and everything was going reasonably well.

‘It was my first night flight in a foreign country. I recall that, with thousands of glittering stars crowding the clear dark sky, it was difficult to find the precise celestial body needed for a navigation fix.

‘When at last I reached Ogden, I was happy and gratified that I had been able to reach the farthest route point without getting lost. Actually, I was flying above 70,000 feet, but the fictitious altitude was reported as a security precaution. That done, I concentrated once more on celestial navigation.

‘No try for an engine airstart could be attempted until the aircraft had descended below 35,000 feet. But the speed range between the stall buffet boundary and the Mach buffet boundary of the U-2 is less than twenty KIAS (knots indicated airspeed) at that altitude. I thus could not go into a rapid descent in order to ease the uncomfortable situation.

‘The only way that I could right the situation was to keep the aircraft gliding on course.

‘The U-2 glided into the clouds below 40,000 feet. The air was bumpy. I struggled to keep the aircraft under control. Upon reaching 35,000 feet, I tried to relight the engine, but failed.’

Hsi-Chon Hua tried to relight the engine two other times but with no success.

‘The altimeter indicated 17,000 feet. I was really in trouble. Lurking unseen in the clouds just below, I knew, were high peaks of the Rocky Mountains, some of which rose to altitudes of more than 13,000 feet.

’My prospects for surviving a bailout over rough, remote mountain areas were low at best. I called out a desperate “Mayday!” to a nearby Air Force base but got no response.

‘God Almighty, I reckoned, would be the only one to save me now. So I prayed. I prayed aloud.

‘Suddenly, I was astonished at what I saw: lights on the ground at the eleven o’clock position. I had come out of the clouds to find that I was clipping along through a narrow valley, flying between tall mountains. Their sheer black walls rose and disappeared into the clouds above me. Even so, I felt a surge of relief. If there are ground lights, I calculated, there are probably people nearby, and that means that the terrain might be reasonably flat and I might be able to survive a forced landing.

‘I headed toward the lights. Gradually, I discerned alternating white and blue flashes, which I took to be a rotating beacon that normally identified an airfield.

‘As I drew nearer to the beacon, I saw that there were also some runway lights, meaning that I had stumbled on an airfield. How wonderful was that vision!

‘On final approach, I put down the U-2’s landing gear and used the speed brake. The aircraft touched down fairly smoothly, but did not stay on the landing gear. The aircraft, with its belly scratching the pavement and its left wing tip striking the shoulder of the runway, went into a ground loop and came to rest in one piece.

‘Quickly, I scrambled from the cockpit and made for the only lighted building around. Inside, I found the airport manager and a radio operator. It took me a little while to fully apprise them of the situation, using my Chinese-accented English. One can imagine their surprise at coming face to face with a Chinese pilot, wearing a pressure suit, having just flown in unannounced in the dead of night in an aircraft of the strangest appearance. They had never heard of a U-2. It would be nine months before the Soviet downing of Francis Gary Powers in Russian airspace was to make the name of the aircraft a household word.

‘As for me, I had never heard of Cortez, Colo. Not even the town, much less its airport, appeared on my map. The airport manager informed me that, due to the cost of supplying electricity, the local city council was debating whether to keep the tiny community’s airport lights on at night. What’s more, he told me, he and the radio operator had been preparing to close the office, douse the lights, and head home for the night.’

After the accident, Hsi-Chon Hua contacted Laughlin Air Force Base (AFB). Next morning the U-2 was dismantled by a 4080th Strategic Reconnaissance Wing team and loaded in a C-124. It was later found that the problem was caused by a broken line but the U-2 was otherwise in good shape.

Months later, he was awarded a Distinguished Flying Cross by the US Air Force (USAF). The U-2 involved in the accident—No. 56-6721—continued in active research and development use at Edwards AFB for many years.

‘Though this incident had a fortuitous ending, it was for me a solemn lesson about life. I do not believe that it was mere luck that brought me through the difficult moments. For me, the conclusion is inescapable. My prayer was answered.’ 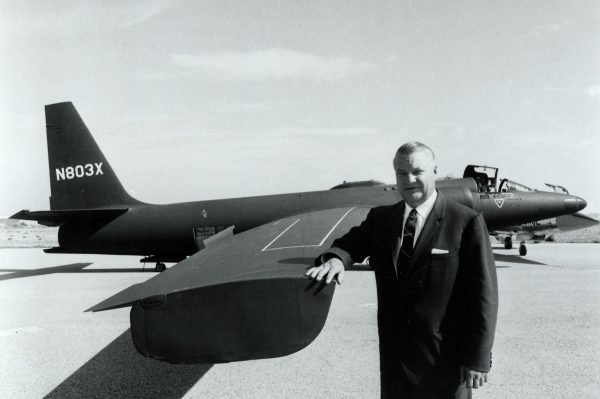 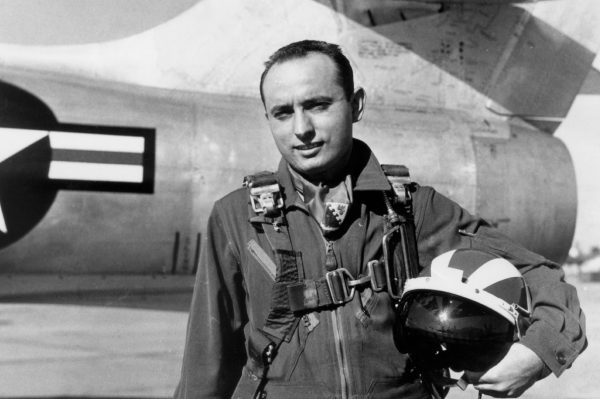 The story of Carmine Vito, the only U-2 pilot to fly over Moscow 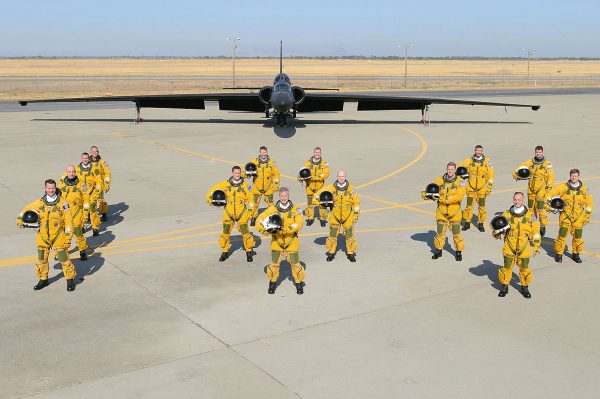 Did you know that U-2 decompression sickness cases increased after the end of the Cold War? Here’s why the iconic U-2 is the world’s hardest plane to fly