Log In Sign Up
Homepage Cold War EraThat time a Royal Navy Sea Harrier did an emergency landing on a Spanish Cargo ship: the Alraigo Incident 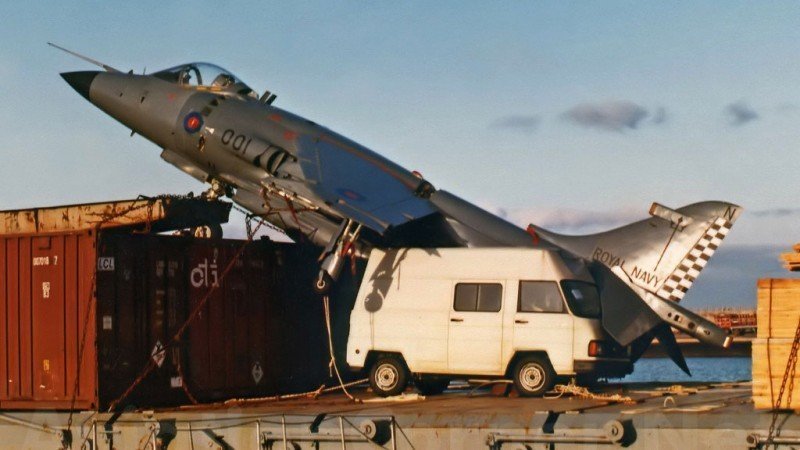 That time a Royal Navy Sea Harrier did an emergency landing on a Spanish Cargo ship: the Alraigo Incident

Ian “Soapy” Watson, the Sea Harrier pilot, had completed only 75 per cent of the recommended flying hours.

Noteworthy when inexperienced Royal Navy pilot Ian “Soapy” Watson got lost flying a Sea Harrier jump jet and landed the £7 million aircraft on the deck of a container ship senior officers reprimanded him for incompetence.

But, as reported by The Telegraph, in 2007 emerged that behind the scenes they were laying the blame elsewhere to try to get out of a £570,000 compensation bill.

In fact a file released on May 31, 2007 at the National Archives describes how Sub-Lt Watson, 25, ”incurred the Commander in Chief of the Fleet’s Displeasure” for displaying an unsatisfactory standard of fundamental airmanship.

But the Ministry of Defence file shows that he had completed only 75 per cent of the recommended flying hours in training before being pressed into service and was allowed to take an aircraft with a known radio defect.

An unnamed senior officer commented: ”I am speechless, as was Watson.” Sub-Lt Watson had taken off from the carrier HMS Illustrious off the Spanish coast on Jun. 7, 1983 to conduct a NATO search exercise.