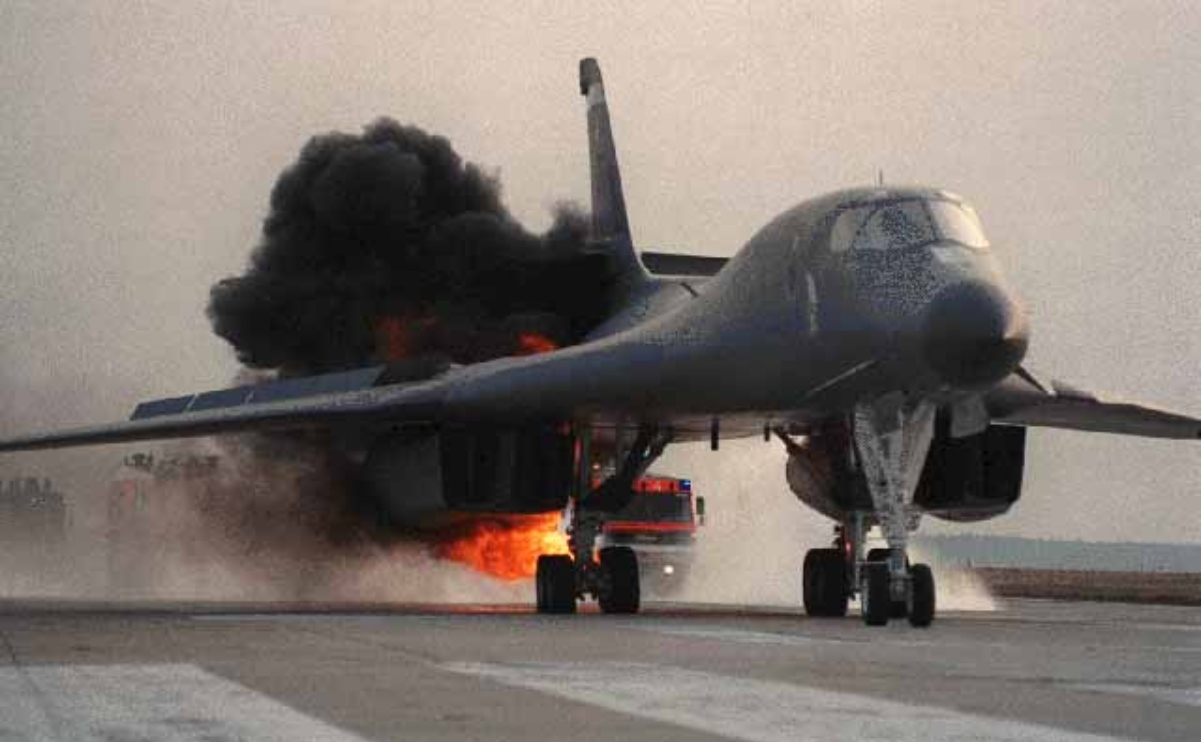 On Mar. 10, 1986 a USAF B-1B Lancer strategic bomber, its wings locked back for high-speed flight, made an emergency landing at about 250 mph and its crew of five escaped injury.

On Mar. 10, 1986 a US Air Force (USAF) B-1B Lancer strategic bomber, its wings locked back for high-speed flight, made an emergency landing at about 250 mph and its crew of five escaped injury.

″It’s down OK,″ then USAF public information officer Don Haley said moments after the landing on the nearly three-mile runway at Edwards Air Force Base (AFB). ″The wings were jammed back for high-speed flight.″

According to Associated Press, the B-1B had been on a routine flight from Dyess AFB near Abilene, Texas, with a crew of five. There were no injuries and the aircraft was not damaged.

Haley said that the bomber landed at Edwards ″Because our runway is 15,000 feet long and if you have a problem in stopping, we have a runway that extends onto Rogers Dry Lake.″

The bomber’s wings jammed at 55-degree angle while the bomber was training in the Midwest.

″The wings should be at about 90 degrees from the fuselage when it lands,″ Haley said.

The B-1B wingspan is 137 feet during a normal landing and speed is about 190 mph, he said. With the wings at 55 degrees, the wingspan is about 85 feet.

″That wing angle is for high-speed flight. It is not a good landing attitude,″ Haley said, estimating the bomber’s landing speed ″was 60 miles faster than the normal 190 mph.″

‘In March 1986 while I was working at the plant it was built in Palmdale, CA, a B-1B landed nearby on Edwards AFB’s 10,000+ foot Edward’s Dry Lake dirt runway with wings locked back. Those employed at the plant were informed of the Dyess AFB, TX based bomber and its predicament in real time. The aircraft touched down at 250 mph and held together well with no blown tires. The 5 member aircrew did experience a tightly puckered ride. Thousands of cheers went up on the production floor upon hearing of a successful landing. Note: the fifth member had no ability to egress by ejection seat, seated on a folding jump seat between two ejection seats and in close proximity to the two other ejection seats.’

Noteworthy this was not the only time a Lancer had to make an emergecy landing with its wings locked back. As the main image of this article shows in fact, in June 1994, B-1B (s/n 84-0057) from the 7th Bomb Wing, 9th Bomb Squadron, made an emergency divert to Rhein-Main Air Base, Germany due to a wing sweep malfunction. The crew made a high speed landing at Rhein-Main and stopped 100 feet short of the end of the runway. Afterward the overheated brakes led to a fire of the right main landing gear, but was quickly extinguished. 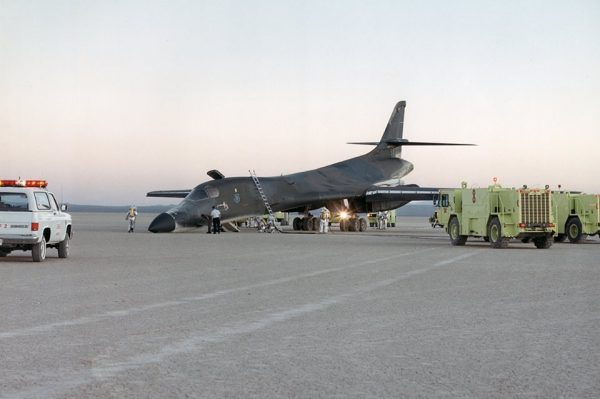 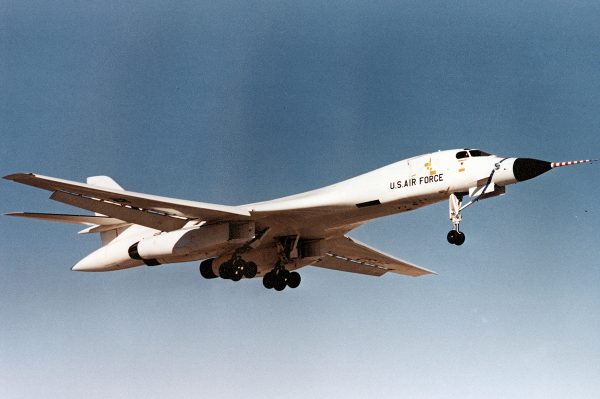 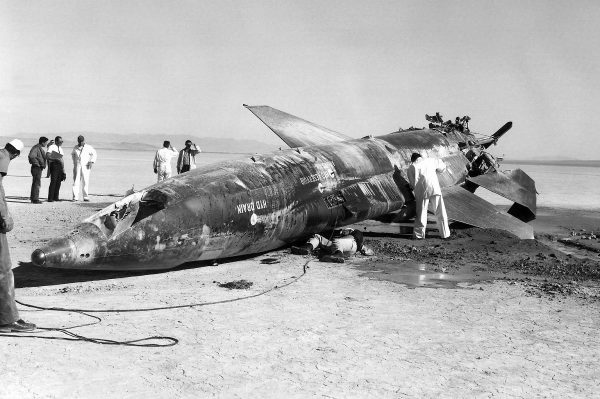