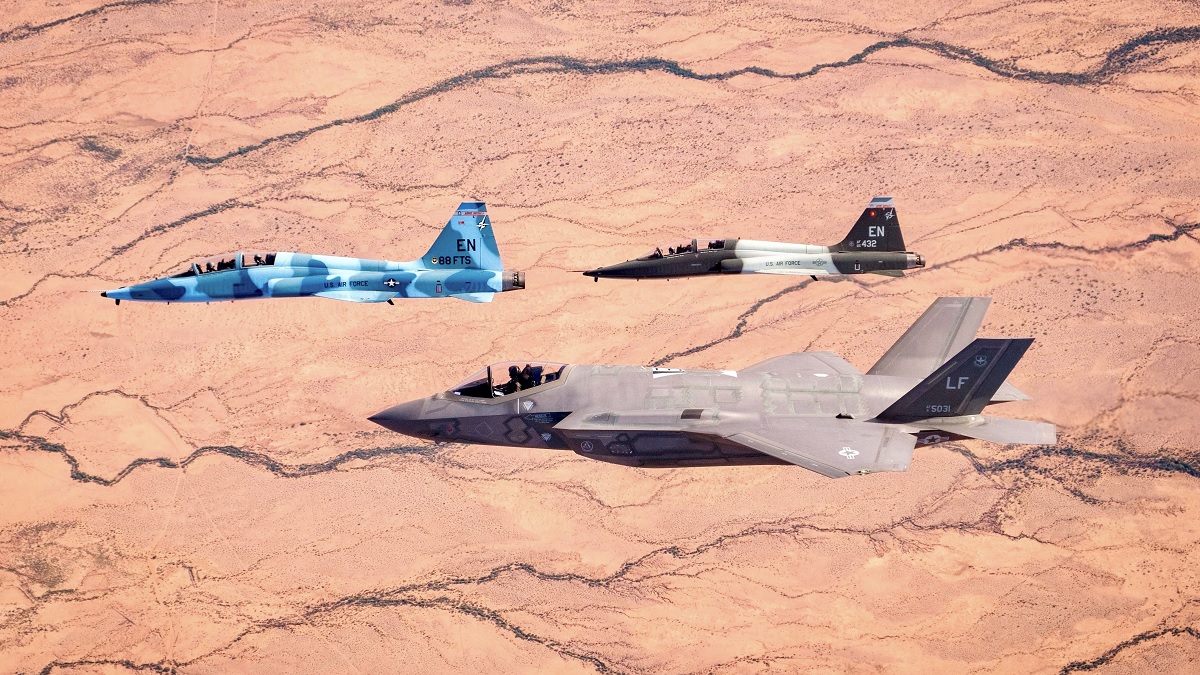 The TDY saved the F-35 program approximately $3.8 million in adversary support. Each T-38 sortie would have otherwise been flown by an F-35, an expensive proposition and suboptimal training for F-35 pilots involved.

Valuable lessons learned were brought back to Sheppard AFB, Texas, after fighter pilots from the 88th Fighter Training Squadron played the role of bad guys as part of a training exercise here.

The 88th FTS, which is part of the 80th Flying Training Wing’s Euro-NATO Joint Jet Pilot Training Program, provided adversary support to a mix of F-35 and F-16 squadrons assigned to the 56th Fighter Wing at Luke AFB, Arizona. The pilots replicated enemy tactics Nov. 1-17, 2019, to provide the 56th FW realistic training in a contested environment.

Lt. Col. Mark Hickie, 88th FTS commander, said providing adversary support during training exercise such as this are valuable to Introduction to Fighter Fundamental instructor pilots and the students learning maneuvers. It also gives them an opportunity to gauge the 88th’s ability to produce fighter pilots.

“My instructor pilots are able to accomplish critically important Dissimilar Air Combat Training upgrades to further their development,” he said. “Moreover, the squadron was able to conduct graduate evaluations of our past students now stationed at Luke and Davis-Monthan. This feedback allows us to continually enhance our training to ensure more lethal wingmen ready to support the NATO alliance.”

According to Air Combat Command, the TDY encompassed 170 sorties between the two wings and saved the F-35 program approximately $3.8 million in adversary support. Each 88th FTS “Red Air” sortie would have otherwise been flown by an F-35, an expensive proposition and suboptimal training for F-35 pilots involved.

Capt. Christian Culbertson, an 88th FTS instructor pilot and project officer for the deployment, said while the training is important for F-35 and F-16 squadrons, it’s equally significant to the IFF program at Sheppard.

“These TDYs vastly improve the quality of training for all squadrons involved,” he said. “Fighting against F-35s, F-16s and A-10s is as good as it gets, and we take the lessons learned back to our Introduction to Fighter Fundamental students who will be flying these aircraft within months of graduating our course.”

In addition to being “bad guys,” the 88th also flew many familiarization flights for a mix of Sheppard pilots from non-fighter backgrounds and ground personnel from Davis-Monthan.

“This was an invaluable experience to help those of us with airlift backgrounds get more context on what we’re training students to in the 80th,” said Capt. Jonathan Mecham, a T-38C Talon instructor pilot at Sheppard and a C-17 pilot. 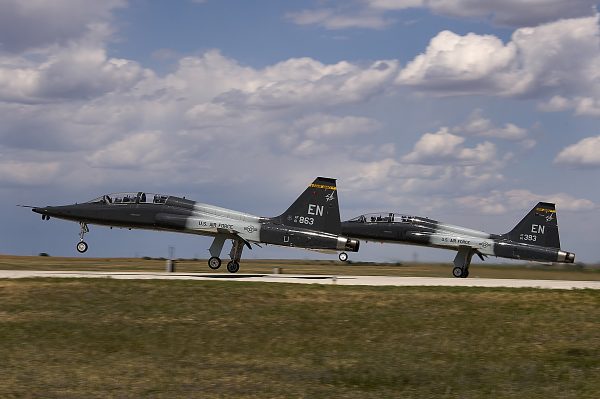 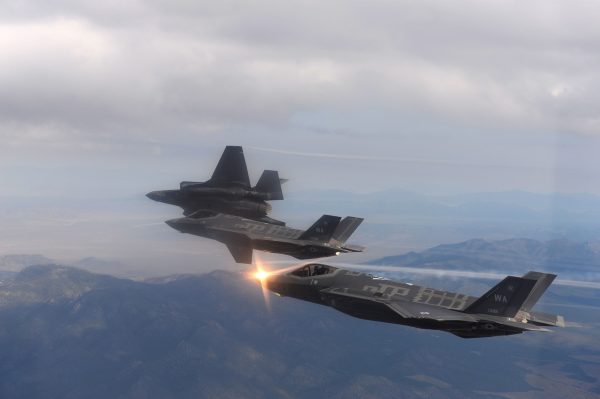