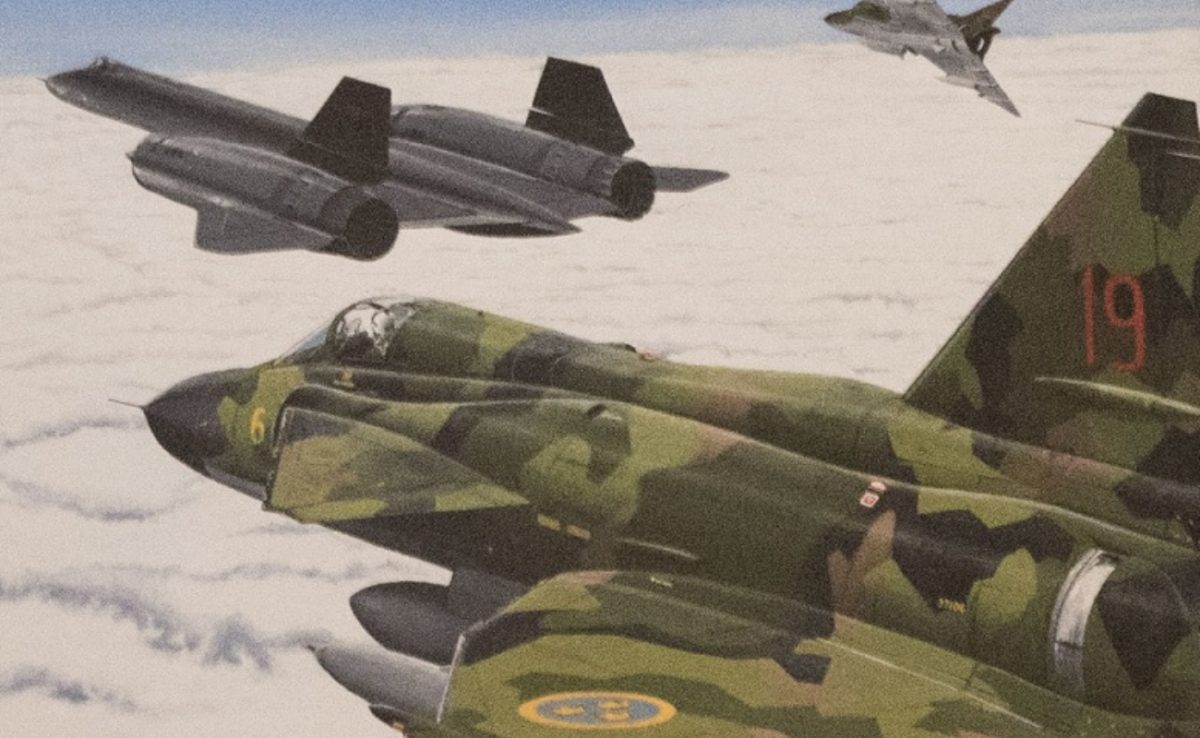 ‘Throughout the incident, my intention was to try to help fellow pilots who were in trouble,’ Major L-E. Blad, former Viggen pilot.

Throughout the Cold War, Flygvapnet fighter aircraft vigorously enforced the neutrality of Swedish airspace against incursions by NATO and Warsaw Pact aircraft alike. The high performance of the SAAB Viggen also enabled the Flygvapnet to carry out interceptions against the USAF SR-71 missions over the Baltic. Although the Viggen could not match the speed or altitude of the SR-71, the aircraft could be positioned to achieve successful missile launch parameters as the SR-71 flew close to Swedish airspace.

As told by Michael Napier in his book In Cold War Skies, on Jun. 29, 1987, an SR-71 was flying the ‘Baltic Express’ reconnaissance route and had turned north to loop around the island of Gotland, when it suffered a catastrophic engine failure. While the crew carried out the drills to contain the problem, the aircraft decelerated from Mach 3.0 and dropped rapidly from 80,000ft to around 25,000ft. The pilot turned south to divert to northern Germany, but their route took them directly into Swedish airspace over Gotland. Two unarmed JA-37 Viggens from F13, which were on a routine training flight over the Baltic, were immediately diverted to intercept the intruder. At the same time a further two armed AJ-37 Viggens of F6, flown by Major L-E. Blad and Lt B. Ingnell, were scrambled from the southern QRA at Ängelholm. Alarmingly, the Soviets had already dispatched a MiG-25 to intercept the SR-71 and order the crew to land or be shot down. Over the next minutes, the Soviets launched some further 20 fighter aircraft for the same mission. The first pair of aircraft located the SR-71 and began to escort the aircraft through Swedish airspace. The presence of the Flygvapnet aircraft was a sufficient deterrence to ensure that the Soviet fighters remained outside Swedish airspace. The first pair of Viggens left the SR-71 when they reached minimum fuel state, but were soon replaced on station by the QRA pair, which continued to escort the aircraft until it reached the sanctuary of Danish airspace. The SR-71 eventually landed at Nordholz Air Base.

‘I was the squadron commander responsible for manning the QRA unit at Ängelholm on the west coast of Sweden and that day I was one of the pair on duty. It was a really lousy day, with low clouds, drizzle and poor visibility and I told my wingman that if we took off from Ängelholm we would probably have to land at a different base; also that if we launched it would be for something serious. So, I was a little surprised when I was told to increase the alert state from 5min to 1min. As soon as I got into the aircraft I received the order ‘Scramble’. I understood that this must be something quite urgent and scrambled as fast as I could. We headed out eastwards, climbing to approximately 25,000ft, flying as fast as we could, but staying subsonic over the land. During the transit I received the information that it was an SR-71 that we were heading towards. Initially, I wondered why, but after being told the altitude of the aircraft I understood that something was wrong with it. Within a few minutes we were over the Baltic and, with good visibility and just a few clouds, got the SR-71 in sight. It was really tricky to lose the speed because the SR-71 was going quite slowly – around 300kt – so we extended past it and hooked back from the east. I could see that the aircraft was in trouble because one of the jet-pipe nozzles was fully open. I flew past the right-hand side of the SR-71 because I did not know if the crew were aware of our presence. I flew close to the cockpit to show my national markings and then flew an orbit to position myself 1km behind the SR71, while my wingman moved into close formation to take photographs. It was almost unbelievable to fly close to this beautiful and impressive machine. We kept that position for the next 6min or so, until we reached Danish airspace. I then landed back at in Ängelholm, but my wingman landed in Karlsborg after having some minor problems with his avionic systems. Throughout the incident, my intention was to try to help fellow pilots who were in trouble.’ 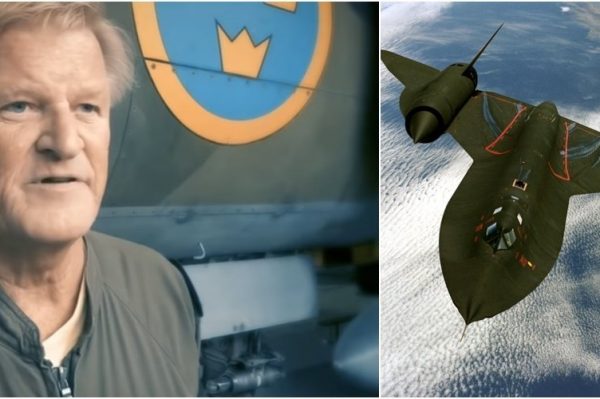 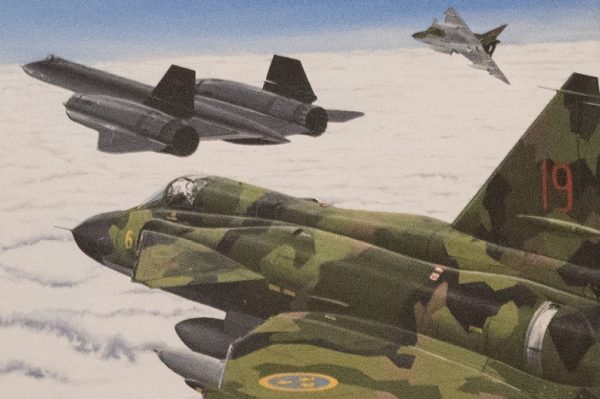 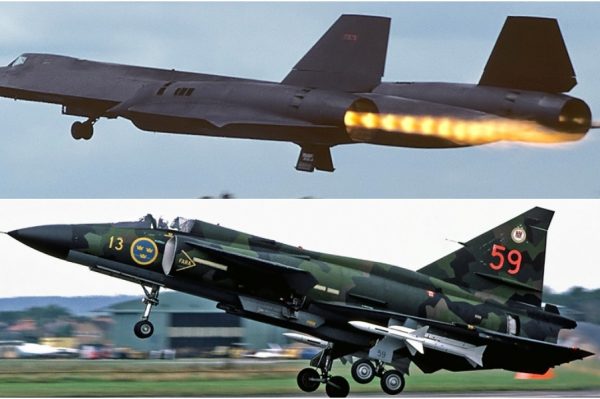