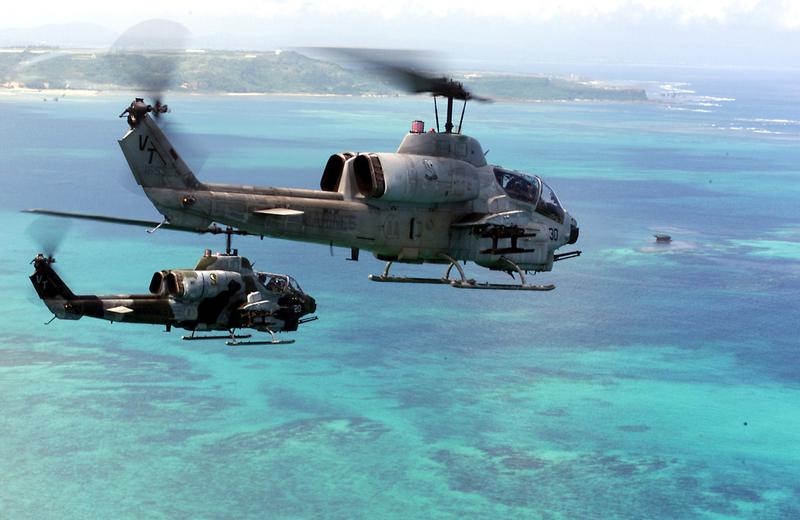 H-1 Light Attack Helicopter Program Office (PMA-276) will hold an industry day on Jan. 24 to brief the industry on the program. International customers who are willing to buy them will get an upgrade rotocraft that comes with a glass cockpit.

Having entered service with the USMC in 1986, the AH-1W is a highly capable variant of the Vietnam War-era AH-1 Cobra that is still in global service with countries such as Bahrain, Iran, Japan, Jordan, Kenya, Pakistan, South Korea, Taiwan, Thailand, and Turkey. The surplus SuperCobras could either boost some of these existing fleets, or provide a new dedicated rotary-attack capability to a new customer.

With a maximum take-off weight of 6,697 kg, the platform is equipped with a nose-mounted 20 mm Gatling-gun with 750 rounds, and has four external wing stations that can fire 70 mm and 127 mm rockets, TOW and Hellfire air-to-surface missiles, Sidewinder air-to-air missiles, and Sidearm anti-radiation missiles. It is equipped with a night targeting system/forward looking infrared radar that provides laser range-finding/designating and camera capabilities.

The AH-1W is being replaced by the AH-1Z, starting in 2006 as part of a remanufacture program. The Last AH-1W is expected to be replaced in 2020. AH-1Ws are fielded in Marine Light Attack Helicopter Squadrons, or HMLAs, along with the UH-1N. Detachments from HMLAs deploy as part of the task-organized Aviation Combat Element of a Marine Air-Ground Task Force, the most common of which is the Marine Expeditionary Unit, or MEU. 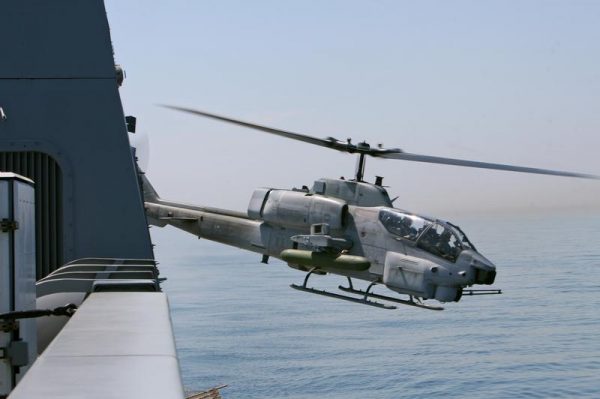