So far, as of today the aerial victory achieved by lt. Cdr. Kirkwood remains the sole confirmed guns-only MiG kill credited to the F-8

As told by Peter Mersky in his book F-8 Crusader Units of the Vietnam War, this kill was scored by Lt. Cdr. Robert L. Kirkwood on Jul. 21, 1967. On that day in fact Kirkwood claimed “a much-desired guns-only” kill firing his Colt-Browning Mk 12 20mm cannons at a North Vietnamese MiG-17.

During the air battle Kirkwood, who was the leader of the second section flying Target Combat Air Patrol (TARCAP) in F-8C BuNo 146992 from VF-24, locked on to a MiG-17 with an AIM-9D and fired but another missile fired by VF-24 Executive Officer (XO) Cdr. Marion Isaacks hit the Fresco first. Kirkwood maneuvered behind another MiG and fired another AIM-9. The enemy fighter turned left as the Sidewinder exploded, and Kirkwood engaged the MiG with 20mm cannon fire at approximately 600 feet and continued fire to about 300 feet. The MiG went down and the pilot was seen to eject.

According to Mersky, Kirkwood wrote the story of his engagement immediately after he returned aboard USS Bon Homme Richard (CVA-31) aircraft carrier.

“We only saw the first four MiGs initially; the second four got behind us undetected. I lit my ‘burner, put my nose on a MiG and selected a missile. In my excitement, I had buck fever, didn’t wait for a tone, and fired. The missile went ballistic,” Kirkwood recalls.

After he fired a second Sidewinder to another MiG which was hit by Cdr. Isaacks, Kirkwood fired a third missile to a third Fresco. “I fired a third missile. It ran hot and true, but after it detonated, the MiG was still flying. The pilot reversed to the right. I cut him off and charged my guns. I was in good position, at his 6 o’clock, and not pulling too much G. I wanted to shoot from close in. I resisted the temptation to fire until I was at about 600 ft. I squeezed the trigger and closed to 300 ft. I could see my shells hitting the MiG’s fuselage – patches of skin appeared to dissolve and bright, white fire seemed to fill the fuselage and leak out through the lacy skin.”

Kirkwood broke left to avoid collision and looked at the MiG. “I didn’t think there was much chance he would turn to attack me, but I couldn’t turn my back on him. The pilot ejected after I passed him.”

After having scored the kill he formed up with the rest of the Crusaders as they were returning to their ship. At this point Isaacks told Kirkwood that three-quarters of Kirkwood’s starboard horizontal stabilator was missing because it had been shot away during the engagement. Kirkwood performed a normal approach to his carrier, but the LSO waved him off when he saw the missing stabilator. This prevented the badly damaged Crusader from crashing on the flight deck, thereby keeping the rest of the returning air wing from landing. After the rest of the carrier’s aircraft had recovered, the LSO brought Kirkwood in for a normal landing.

So far, as of today (even if as explained by Mersky other kills scored by Crusader drivers during the Vietnam War used a combination of 20mm fire and a well-placed Sidewinder hit) the aerial victory achieved by Kirkwood remains the sole confirmed guns-only MiG kill credited to the F-8. 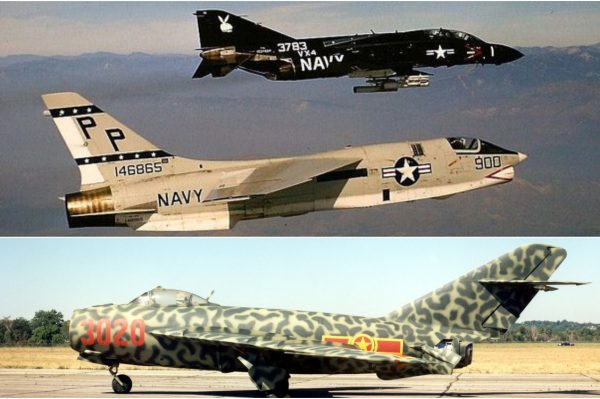 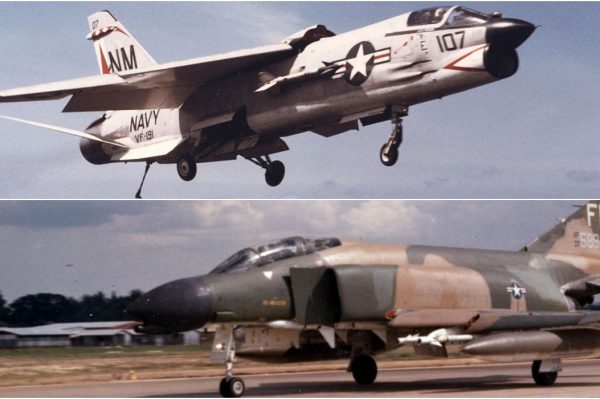 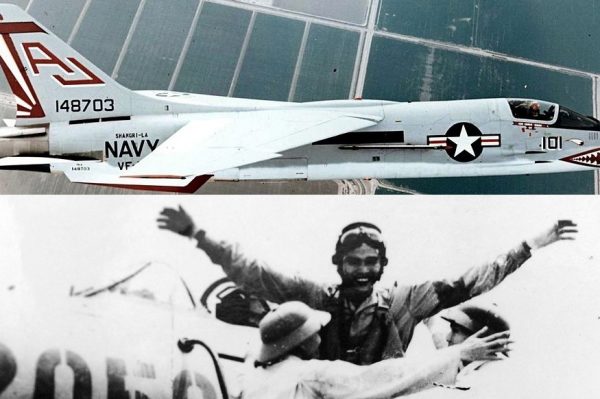