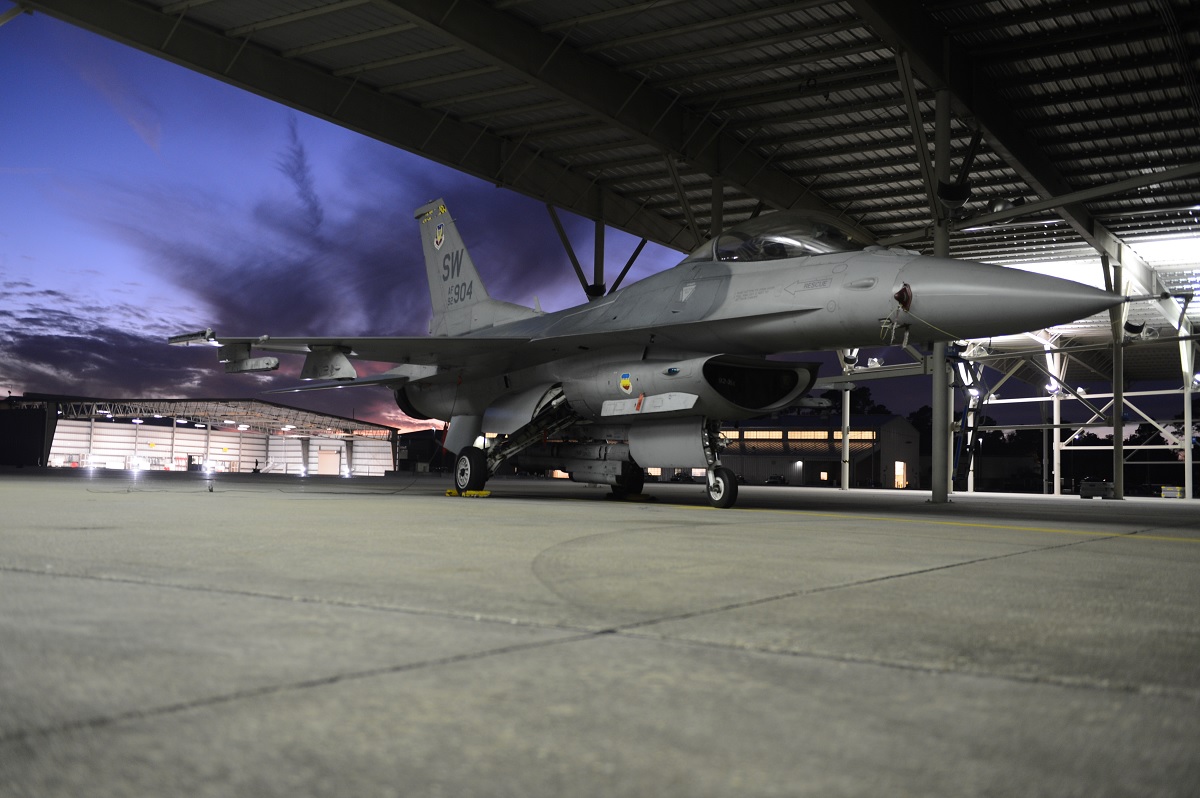 A mere 60 seconds after arriving on scene, Andrle used his first bomb to destroy an insurgent-infested building. Less than 20 minutes later, Andrle “cleared the rails” and delivered all his F-16’s remaining bombs

The following article, titled Finding a way to win and written by Tech. Sgt. Nathan Allen, 20th Fighter Wing Public Affairs, gives you an idea of what it’s like providing close air support to Special Operations in Afghanistan’s Nangahar province.

It was a temperate day at Bagram Air Base (AB), Afghanistan when Lt. Col. Craig Andrle and his wingman, Capt. Adam Fuhrmann, began walking across the flightline to their soon-to-be airborne F-16CM Fighting Falcons.

Andrle’s calm, focused demeanor both in the cockpit and in command was habitual at this point – equal parts due to nature and nurture. The ever present weight of leadership sat lightly on his shoulders but heavy on his mind. Andrle’s unflappable will to win was pervasive to those in his sphere of influence – a fact repeatedly demonstrated by both Andrle himself and his unit during their recent deployment.

After all, numbers had been on Andrle’s side throughout his squadron’s six-month tour providing close air support (CAS) to U.S. Special Operations and Afghan National Army commandos in Afghanistan’s Nangarhar province.

As commander, Andrle had brought 45 “Tigers” from the 79th Fighter Squadron at Shaw Air Force Base (AFB), South Carolina with him to Bagram AB, not to mention 300 Shaw maintainers to keep the squadron’s F-16s armed and airworthy.

A few of these maintainers drove up to him now on the flightline, beckoning Andrle haste in delivering numbers of a different kind. Quickly but collectedly, Andrle and Fuhrmann readied their weapon-laden jets for take-off, armed to the teeth for the latest round of whack-a-mole being levied against the forces of the Islamic State of Iraq and Syria.

“(Fuhrmann) and I go to step, we’re out at the jet getting ready to get them started, and maintenance drives over in their truck,” he said. “They tell us ‘hurry up, the F-16s on station have dropped all their bombs, and they need bombs out there now.'”

Now taxiing and positioned at the end of the runway, Andrle received a clear indication of what he was getting himself into as he witnessed an AC-130 gunship returning from the same conflict he was headed toward. The gunship, described by some as a fabled, feared, flying bomb truck, was now “Winchester” – a term used in aviation circles to describe a gunship when it has spent all its munitions.

“The AC-130 gunship landing was bad news because that meant they were no longer on station to support the guys on the ground. They had employed all their weapons, which is a lot,” Andrle said, laughing at his own hyperbole the same way someone in Antarctica might when describing the winter as cold. “They were coming back to reload and rearm the gunship, so that was our first indication that a lot was going on.”

Not long after takeoff, Andrle received a nine-line transmission from the Bagram AB operations desk – a system designed to allow a Joint Terminal Air Controller on the ground with “eyes” on a target to pass the nine critical pieces of information needed for a pilot in order to employ weapons.

Each aircraft was armed with two standard 500 pound bombs and one 2,000 pound GBU-31 joint direct attack munition (JDAM) – a weapon not dropped by an F-16 at Bagram AB for three years until the 79th’s latest return. A mere 60 seconds after arriving on scene, Andrle used his first bomb to destroy an insurgent-infested building. Less than 20 minutes later, Andrle “cleared the rails” and delivered all his F-16’s remaining bombs.

With only one munition remaining between them, Andrle and Fuhrmann began to “yo-yo” with a nearby KC-135 Stratotanker, sending one pilot to refuel while the other continued to provide close air support to forces on the ground, switching as necessary. Despite being nearly emptied of bombs, Andrle knew he and Hawk’s F-16 airpower presence couldn’t be removed from the fight – at least not until the AC-130 returned.

“(Maj. Joseph Miranda) calls me back, says ‘come (return to base)’ and we’ll send you out in a new jet… loaded with the same loadout,” he said.

The timing of Miranda’s news couldn’t have been better. As the operations supervisor, Miranda was aware of Andrle’s plight. Of course, in what Andrle would describe as true Tiger fashion, Miranda and the F-16 maintainers there had already “found a way to win.”

What Miranda didn’t mention at the time was the new jet was none other than “Flagship 379”…the tail flash’s final two digits designating it as the 79th FS’s signature aircraft, and the name on the side naturally displaying the squadron’s current commander. In this case, it is Lt. Col. Craig Andrle.

In an effort he credited as a combined “will to win,” F-16 maintainers and weapons specialists put Andrle back in the air exactly 39 minutes after landing – a process Andrle estimated would normally take 33 percent longer to complete.

Now with fresh bombs, Andrle rejoined Fuhrmann at the scene of the conflict. His 2,000 pound GBU-31 and one of his 500 pound bombs were delivered in short order, destroying enemy occupied buildings and chasing insurgents farther and farther into the tree line.

The AC-130 returned at this point, joining with the Tigers to win the day by delivering a coordinated symphony of destruction any operations group commander could appreciate– one such as 20th OG commander, Col. Doug Thies, Andrle’s boss.

“(Andrle is) such a leader,” Thies said, commending his ability to help the 79th FS overcome unprecedented challenges in Afghanistan. “For the first time since 9/11, the 79th (FS) served as the only fighter squadron in theater, and the number of fighter jets available to them dropped from 18 to 12.“

“They lost 33 percent of their hardware, but dropped almost double the amount of weapons,” he said. “That tells you how busy they were. That’s a great testament to the leadership of Lt. Col. Andrle.”

This leadership, Andrle said, was made easy by the laser focus and will to win of every Airman who made the 79th FS’s mission successful.

“I have a great squadron,” he said. “From the people that are supporting us to go make the mission happen to my pilots that are flying the jets out there and my maintainers out on the line, every person wanted to find a way to win. To me, that makes leadership easy because you just let people do what they need to do to go find a way to be successful that day.”

While Andrle acknowledges his personal accomplishments that day were “unheard of,” he credits them to common Airmanship – rising to the occasion and simply doing what was required to win at the time. However, despite his unit’s impressive statistics and his own personal exploits, there is one accomplishment that Andrle treasures more than any other – zero Tigers lost under his watch.

“That’s not a given,” Andrle said. “I think we tend to think deployments are just a part of Air Force life. Everyone’s going to deploy and everyone’s going to come back, but not everyone comes back. To me, that was the most important thing…when we got the last group of folks back to Shaw (AFB) all in one piece.”

Now, Andrle is back home enjoying the company of his wife and four children he missed while away. His battle now won. He has since relinquished command of the Tigers – a duty he described as the honor of his career – to find new ways to win and lead others in doing the same. He charges on, driven by the words echoed back to him by faithful members of the 79th FS upon hearing their commander say the honored phrase “Tiger Tiger.” 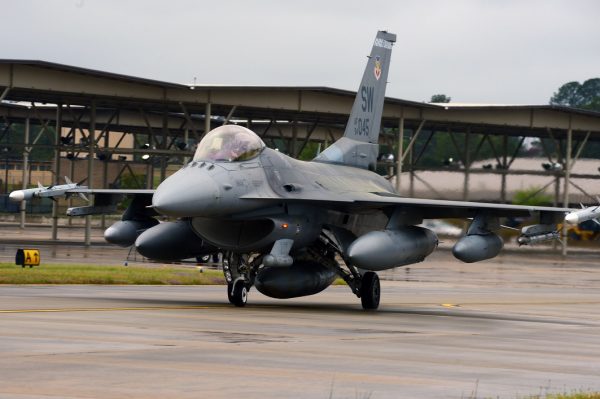