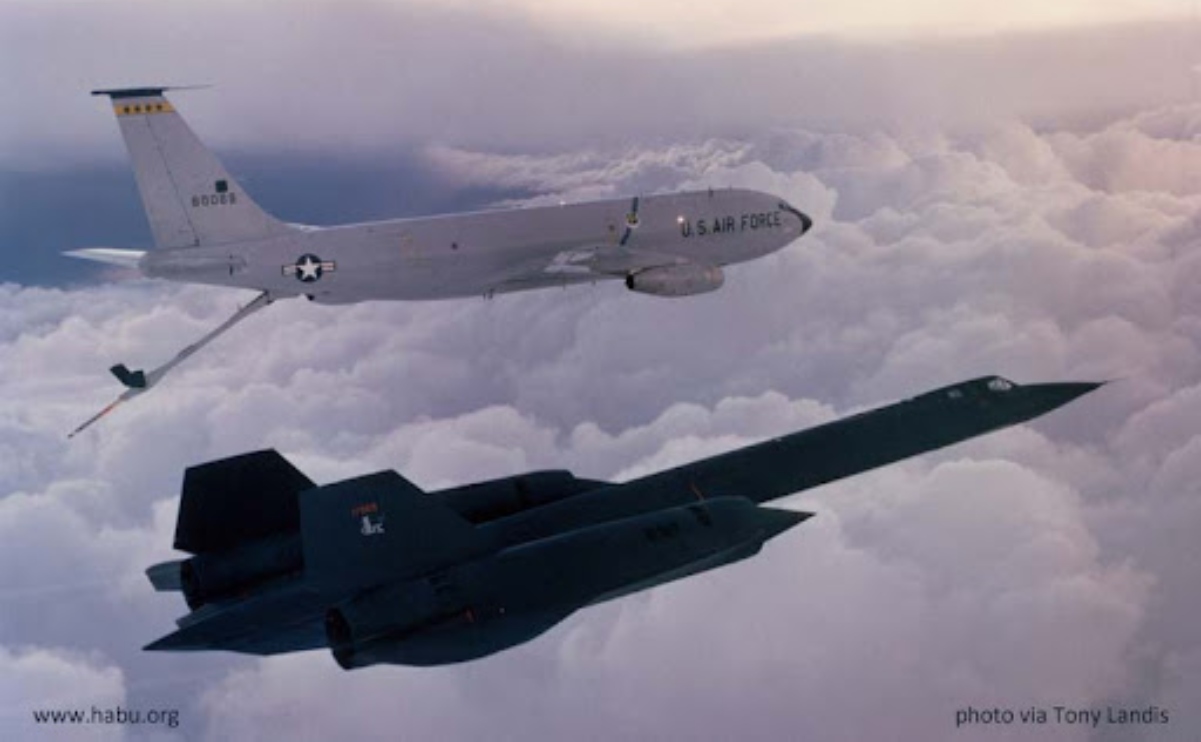 No story on the SR-71 Blackbird would be complete without an understanding and appreciation of just how valuable the KC-135Q model tankers and their crews were to the successful and safe completion of every mission.

KC-135Q crews and their aircraft were unique from the rest of the Air Force in several ways. As explained by Col. Richard H. Graham, a former Blackbird pilot, in his book SR-71 The Complete Illustrated History of THE BLACKBIRD The World’s Highest, Fastest Plane. their aircrews in fact were the only one certified in Blackbird’s specific radio-silent rendezvous procedures, and their boom operators were the only ones qualified to refuel the SR-71. The Q-model tankers had special plumbing between their fuel tanks, allowing them to transfer JP-4 and JP-7 fuel between various tanks. Their engine could burn transfer JP-4 or JP-7 fuel. If the SR-71 landed somewhere JP-7 fuel was not available, the Q-model tankers flew in with the fuel and, through the use of transfer hoses on the ground, were able to refuel the SR-71.

It suffices to say that an SR-71 never ran out of gas, as proved by the following story told by former Blackbird pilot David Peters.

‘There are many stories of the loyalty, bravery and reliability of our Q tanker guys. This is a great one for sure.

‘Ed Bethart and I were flying a mission out of Kadena and it was definitely thunderstorm season. We were in heavy clouds headed to the tanker after takeoff and as we got DF and distance contact, we couldn’t see a thing. As we closed in, we had our 2000 ft altitude separation and at a mile had no contact. So, we told the guys to recheck their altimeter setting because we were coming up a thousand and in 1/2 mile. They confirmed their setting and altitude and airspeed so we moved up and in.

‘Restated the whole thing and that we would come up 500 and close to a 1/4 mile. Still nothing then like bursting through a curtain there he was right where he said he was.’

‘We closed for hook up and got contact. I noticed that I kept ducking my head beside something was hitting the windscreen. It was ice falling off the tanker.

‘I said “Hey Teddy (Ted Bittel) you have Ice coming off.” About that time Ed says we are at 290 kts and descending. Of course, Teddy could hear that on the boom interphone and he says yes we have had the throttles frozen for the last half hour so we are trying to get the speed up for when you get heavier. It all worked out and we got filled up.

‘However, the weather was so bad, when we tried to climb out, we hear very heavy turbulence, rain and lightning. Tried three times to accel but got violent unstarts each time. I tried going to manual inlets to open up and try to make it but it just couldn’t do it so we had to abort and return to Kadena.

’In the debrief the maintenance guys came in and showed us that the wave guide antennas in the nose were gone totally eroded by the rain. Then Chief Kelly came in and dropped a 20 lb block of ice on the table. He said it came from the flight control mixer quadrant.’

‘So, another of those stories where circumstances were incredibly difficult to the point of losing the mission but not because our incredible Q guys weren’t there for us.’ 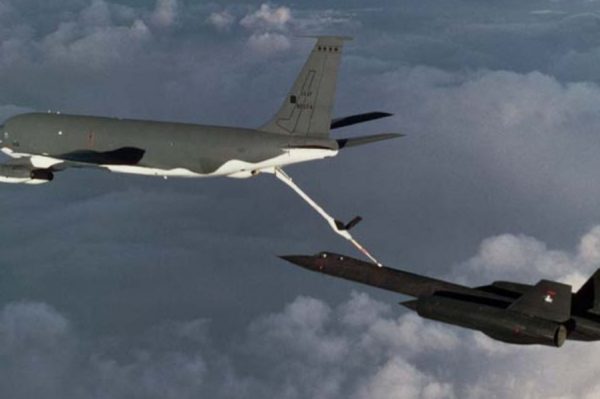