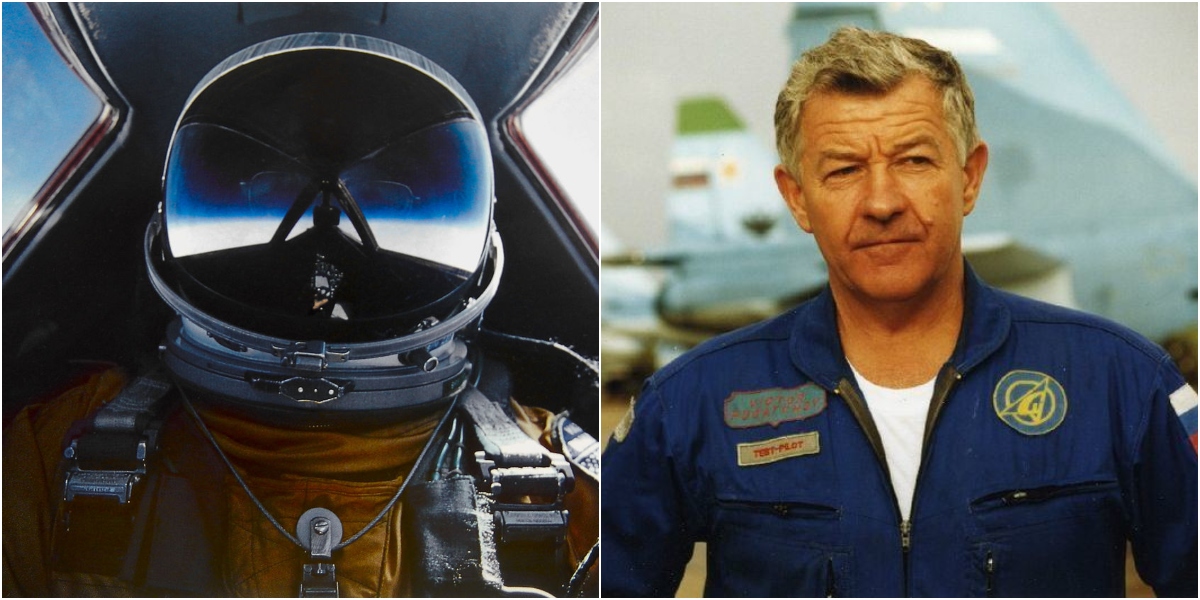 ‘All Soviet flying demos were mysteriously canceled that day. Could it have been the Tequila, or did they all want to be in place to see the HABU thunder past the crowd and disappear out of sight?,’ Capt. Steve “Griz” Grzebiniak, SR-71 Pilot.

An SR-71 Blackbird first landed at RAF Mildenhall in September of 1974 when it made its international debut at the Farnborough Air Show. It flew into Mildenhall to prepare for its return flight back to the United States. The plan was to establish a world speed record from London to Los Angeles. Captain “Buck” Adams and RSO Maj. Bill Machoreck flew the 5,645 mile trip in 3 hours and 47 minutes, setting the world record.

On Mar. 31, 1979, Detachment 4 (Det 4) of the 9th SRW was established at Mildenhall. As a result, Habu traditions were carried over to Det 4. One Habu tradition was once introduced to old rivals—Soviet MiG pilots! SR pilot Capt. Steve “Griz” Grzebiniak, tells his story in Richard H. Graham’s book SR-71 Revealed The Inside Story.

‘Jim [ Maj. Jim Greenwood, his RSO] and I were TDY to Det in June 4 in June of 1989. The Det was tasked to send an SR-71 to the Paris Air Show. Lieutenant Colonel Tom Henichek was the Det 4 Commander at the time and became the Air Show deployment commander.

‘We flew a brief arrival show, landing in showery weather at Le Bourget airport for four days of static display. The big attraction at the `89 Paris Show was to be the unveiling of the Soviet SU-27 Flanker, for the first time on western soil. The SU-27 was an impressive example of the cutting edge of Eastern Bloc air superiority. It was a large fighter, with massive engines and silenced the crowds daily with its aerial demonstration. Victor Pugachev, the head test pilot for Sukhoi aircraft in the Soviet Union, and the inventor of the unbelievable “Cobra Maneuver” in which the fighter would make a slow speed, high angle pass at low altitude, then snatch its nose back beyond the vertical, an recover with AB’s blazing, was there, along with an elite cadre of other Soviet pilots.

‘The Soviets were attracting a lot of attention and press coverage, as was anticipated. However, it seemed that a 25 year old aircraft on display only a few hundred yards away was drawing an even bigger crowd each day. The air buzzed with tension each time Jim, myself, or Tom Henichek would approach the Soviet aircraft displays.  We were finally granted a personal tour of the SU-27, and we reciprocated with an “up-close and personal introduction to our HABU.” The Soviets were extremely interested in the tour Jim gave, and so was the foreign press. It seemed like every time the Soviet pilots got near us, there were cameras and microphones bristling everywhere. This seemed to unnerve the Eastern visitors, and all statements were made by the very flamboyant and eloquent speaking Victor Pugachev. He was obviously schooled in what we would call, “politically correct speech.”

‘Jim and I decided we had to meet these pilots in a less formal manner. After all, they were flying some of the same aircraft, and indeed could have been the same pilots who regularly attempted high altitude intercepts against us in the Barents Sea! The day prior to our departure, after the final aerial demonstration of the afternoon, a note was passed to one of the Russian pilots reading, “Meet us at the base of the tower for a drink—the US pilots.”

‘We avoided being seen in numbers together. We arranged to meet at the Hughes Aircraft chalet. No press was informed, in fact not even Hughes knew why we requested the use of their conference room. We all took round-about paths to the Hughes chalet to avoid being intercepted by the press.

‘There was no prior coordination between us and the Soviets, but it became apparent that they had the right idea from the beginning. One of our resourceful maintenance supervisors, Robby Butterfield, obtained two bottles of Cuervo Tequila from a source at the US Embassy. Once behind closed doors, we all introduced ourselves and told our Soviet guests that we invited them for a traditional HABU flyer’s drink—a “Tequila Hooker” [also known as “Tequila Shooters”]! To our surprise, one of the Soviets produced two bottles of Russian vodka. They were prepared! We toasted our guests, showing them the proper “Tequila Hooker” technique, and they did the same for us with their native beverage.

‘They were acting very proper and cordial as Victor announced that they were ready to receive the “press” now. I told him there was, “no press, no cameras, no recorders, nobody knows we’re here Vic!” At that announcement, the room erupted with revelry! Victor was no longer the “mouth piece” for the group. Everyone was eager to learn more about their “comrades” from across the ocean. Victor said to me,

‘Steve, the next time you are spying on us in the Barents Sea, please come up on my radio frequency so we can say hello.” I jokingly said, “Vic, I’ll be glad to do that, but if my voice sounds clear, it’s not because we are very near your border in the Barents Sea, I’m really far away on a training mission, but our radios are very powerful.” We all had a good laugh, realizing that in a week, we would indeed be over the Barents, and we would see those tell-tale contrails of Soviet interceptors, hopelessly fluttering out of airspeed and ideas, far below us.

‘The spontaneous party lasted about an hour. We signed our bottle of Tequila, and our guests signed an unopened bottle of vodka, and we exchanged them as gifts. The following day, Jim and I departed Le Bouget with a series of afterburner passes. Our departure was to be the last aerial demonstration that day, immediately following the Soviets regular daily flying demo. All Soviet flying demos were mysteriously canceled that day. Could it have been the Tequila, or did they all want to be in place to see the HABU thunder past the crowd and disappear out of sight?

After returning to the Det, we placed the signed bottle of Russian vodka in a small glass case with a simple plaque reading, `GLASTNOST, Paris, ’89.’ 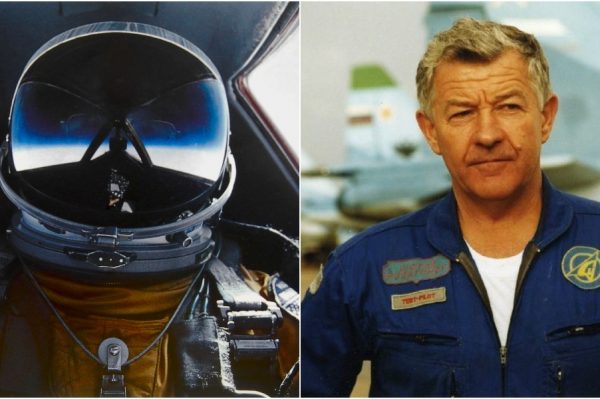 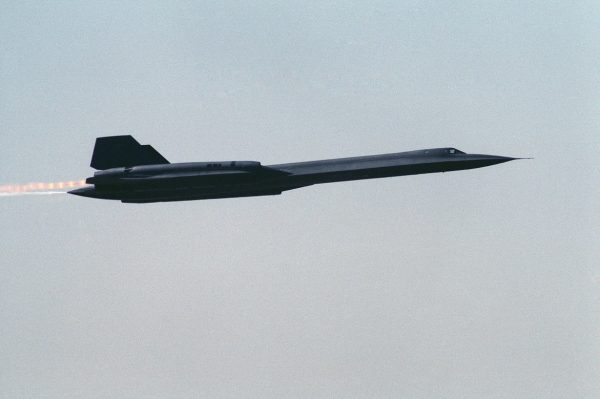 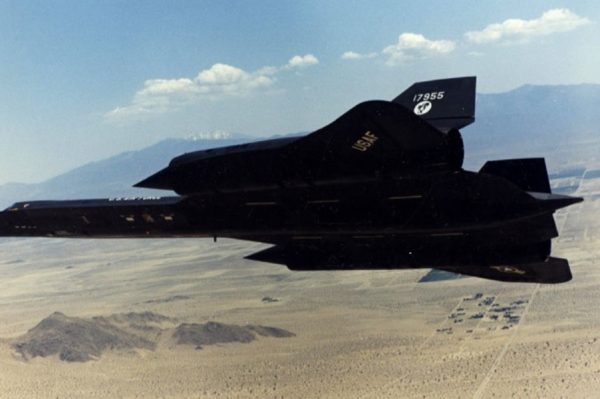 The secret life of SR-71 #955: the first Blackbird to use the Advanced Synthetic Aperture Radar System to photograph Soviet Submarines