Log In Sign Up
Homepage Cold War Era“Splash the Zeros!” F-14 pilot who flew in The Final Countdown shares his personal notes on the movie that introduced the Tomcat to Hollywood

Designed in 1968 to take the place of the controversial F-111B, then under development for the Navy’s carrier fighter inventory, the Grumman F-14 Tomcat performed its first flight on Dec. 21, 1970.

Overall, the F-14 was without equal among Free World fighters. Six long-range AIM-54A Phoenix missiles could be guided against six separate threat aircraft at long range by the F-14’s AWG-9 weapons control system. For medium-range combat, Sparrow missiles were carried; Sidewinders and a 20mm were available for dogfighting. In the latter role, the Tomcat’s variable-sweep wings gave the F-14 a combat maneuvering capability that could not have been achieved with a “standard” fixed planform wing.

However the Tomcat was not only the carrier air wings’ most potent fighter but also a symbol of an era through its engagements with Libyan aircraft in the 1980s and flashing across the silver screen in the blockbuster motion picture Top Gun.

Six years before “Top Gun” prominently featured the F-14 Tomcat, “The Final Countdown” proved that Grumman’s twin-tailed fighter had star quality. When he was a lieutenant F-14 pilot, Al “Shoes” Mullen flew in The Final Countdown and has generously allowed the author to review his notes regarding the experience.

Shoes joined Fighter Squadron 84 (VF-84, the Jolly Rogers) as a nugget in September 1977 and distinguished himself as a pilot, as indicated by being selected to attend the Topgun class in September 1978 with RIO Jim “Tex” Huston. Just a few months after completing Topgun, Shoes and Tex were part of a group of pilots and RIOs who spent several weeks at NAS Key West to film the science fiction adventure movie, in which the USS Nimitz is transported back in time and encounters parts of the Japanese strike force in the days before the Pearl Harbor attack. If you can get over the idea of time travel, it’s a pretty good movie.

The idea for the movie came from Peter Douglas, son of actor Kirk Douglas. It had languished for several years until Commander Emory Brown heard about it shortly before becoming commanding officer of VF-84 and offered to support the project. That’s how the Jolly Rogers, who flew some of the Navy’s more colorful F-14s, became internationally famous movie stars.

Shoes says filming in Key West “started with a helicopter as a camera platform, two T-6s (and a spare) playing Zeros, and about five F-14s: two painted as ‘202,’ two painted as ‘203,’ and one spare ready to be anything.”

Before flying any scenes, the aviators and movie crew planned and briefed every shot, similar to preparing for any flight.

Adding to the difficulties, the crew was shooting film, with no video for quick looks. They shot scenes all day and that film was sent off to be developed. Then they filmed for another day or two before the first film was returned, at which time they found out there wasn’t much useful footage.

The final product included some memorable scenes of not only the F-14, but the air wing and carrier ops. Highlights include the scene when two alert Tomcats are cleared to arm, and accelerate while sweeping their wings back. A moment later, after they have thumped the Zeros and the Zeros split, we see a Zero skimming cloud tops and a Tomcat appears menacingly behind it.

The Final Countdown was released Aug 1, 1980. Intended as a summer blockbuster, it received what can best be described as a lukewarm reception. The website “The Numbers” shows worldwide box office revenue of nearly $57 million – not bad, but most of that was from overseas showings.

Today some movie websites use favorable adjectives to describe The Final Countdown, such as interesting, entertaining, thought-provoking, and fun to watch. It is surely most appreciated by Tomcat fans, who can’t get enough of the big jet in action.

Author Dave “Bio” Baranek was a student RIO when The Final Countdown came out in August 1980. He went through the Topgun class in 1982 and LT “Shoes” Mullen was one of his instructors. For more on the F-14 Tomcat and Top Gun check out Bio’s website, www.topgunbio.com, and his books TOPGUN DAYS, BEFORE TOPGUN DAYS and Tomcat RIO. 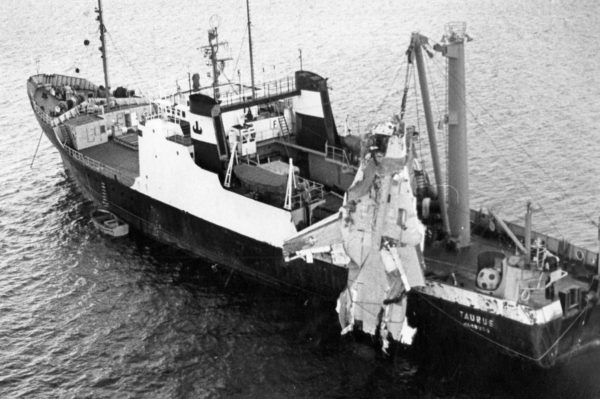 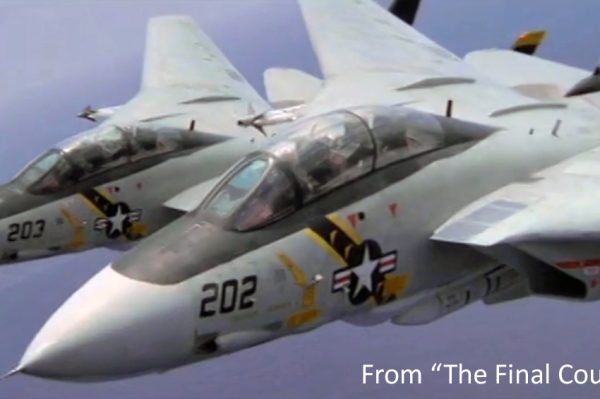