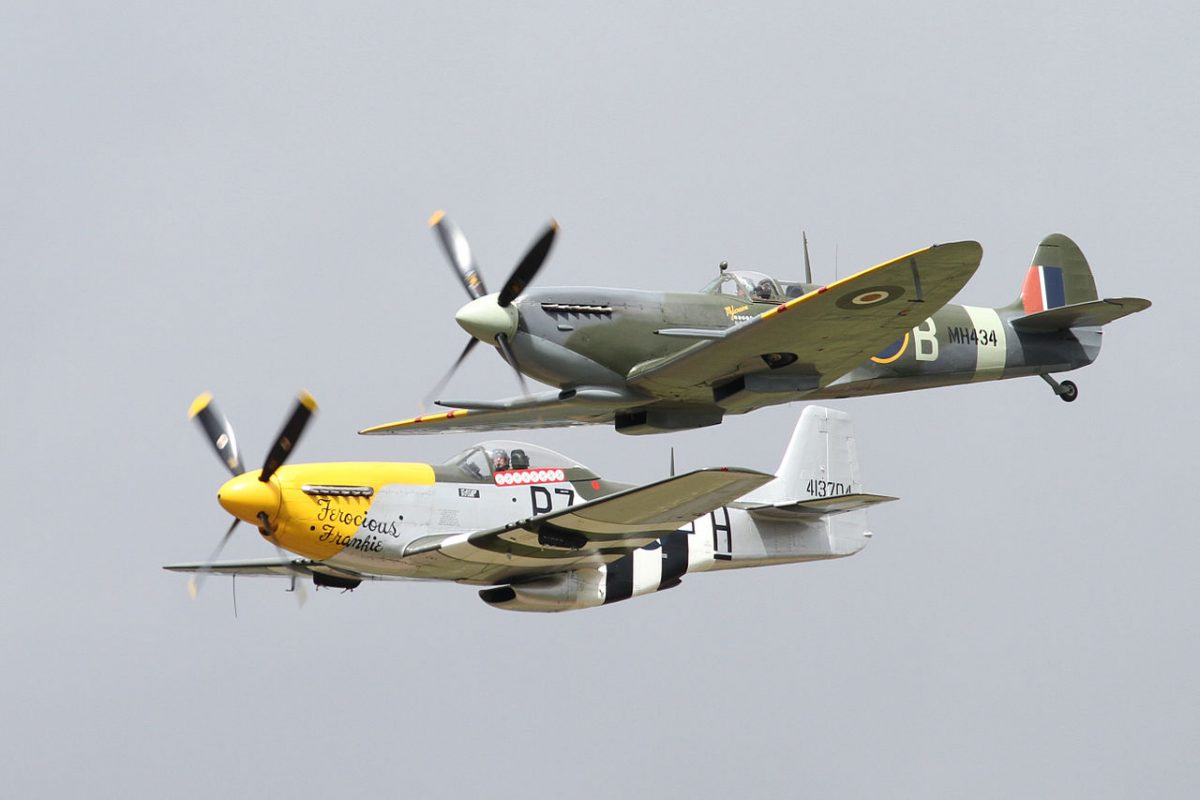 Both the Spitfire and the P-51 Mustang, two of the best fighters of World War II, were powered by the iconic Merlin engine. Which was better?

The famous British Rolls-Royce Merlin engine powered the Spitfire and Hurricane fighters during the Battle of Britain in 1940. In September 1940 Packard agreed to build the Merlin engine for both the American and the British governments, and adapted it for American mass-production methods.

The first two Packard-built Merlins to be completed were demonstrated on test stands at a special ceremony at the Packard plant in Detroit on Aug. 2, 1941. Full production began in 1942. In total 55,511 Merlins were produced in the US for the Army Air Forces (54,714 by Packard and an additional 797 by Continental).

The Army Air Forces used the V-1650 (as the US version of the Merlin was designated) almost exclusively in the famed P-51 Mustang, for it provided greatly improved high-altitude performance over the Allison V-1710 engine used in earlier series of that airplane.

Hence, both the Spitfire and the P-51 Mustang, two of the best fighters of World War II, were powered by the iconic Merlin.

So, which was better between the Spitfire and Mustang?

‘The Spitfire was designed in 1936 and was so groundbreaking it was continually developed throughout WW2,’ explains David Perry, who served in the Royal Navy, on Quora.

‘From its inception to its retirement it was simply the best at what it did, which is climb fast, so fast that it would best a P-51 to 30000 by several minutes! Once there, it could out dive, out roll and out maneuver a P-51 whilst shooting it full of holes with a cannon shell that made the 50cal look like a pea shooter. ‘After all of that, it doesn’t seem that the P-51 has anywhere to go!

‘You’d be wrong. If I was in a Spitfire that wasn’t a PR version over Berlin, I wouldn’t be getting home.

‘The P-51 was introduced in 1941 but deemed a failure and only the marriage of the Merlin to the airframe changed its fortunes.

‘The P-51 had the range needed to be the war’s best escort fighter. The Spitfire was a performance aircraft with very little range. A defensive concept. The P-51 took the fight to the enemy.

‘The Spitfire wing was mercurial but worked against the Spitfire when needing range. The P-51 laminar wing was much better for this. Logistically the P-51 turned up in their hundreds and hunted down the remnants of the Luftwaffe.’

‘The two were chalk and cheese and designed for different purposes. The Spitfire performed better but the P-51 could go where the Spitfire could only dream.’