The latest photographic and video evidences show that the S-300 Anti-Aircraft System, previously used by the 11th Anti-Aircraft Brigade of Slovak Armed Forces, has arrived to Ukraine on Friday Apr. 8, 2022.

Even though the Minister of Defense of the Slovak Republic Jaroslav Naď previously announced that the controversial shipment of the S-300 system (SA-10 Gumble) to Ukraine will not take place until proper replacement is found, the latest photographic and video evidences show that the system, previously used by the 11th Anti-Aircraft Brigade of Slovak Armed Forces, has arrived to Ukraine on Friday Apr. 8, 2022. The lone battery in modernized PMU version was the only long-range anti-aircraft system the Slovak Armed Forces had in their equipment. The donation of the system to Ukraine therefore marks the end of 29 years’ career of the system in Slovakia.

The movement of the S-300 battery towards east was caught on camera by medias. However, it was speculated that the lone battery will be stationed in Eastern Slovakia – and not be sent into Ukraine. Almost a week after the sightings of the system went public, another video capturing the S-300 battery was published – the system being boarded on train wagons. The day after, the ex-Slovak Armed Forces system has been seen in Ukraine. The Minister of Defense has not commented on the situation yet, however the Prime Minister Eduard Heger has confirmed the information. 45 5V55R missiles were probably sent with the vehicles too.

Naď previously said that Slovakia would have not sent the anti-aircraft system to Ukraine until a proper replacement had been found – it was later specified the need of obtaining the new short/long-range directly by the Slovak Armed Forces. However, such step was being previously planned to happen not sooner than in span of five years. The positioning of three batteries of Patriot systems, operated by Netherlands and Germany in Slovakia, was not considered a proper replacement‘ at the beginning. Several days after it was announced that stationing of one more battery (operated by a NATO member state) might be considered as the replacement for the S-300 system. However, the fourth battery has not arrived to Slovakia yet – its arrival is expected in the upcoming weeks.

“A total of four batteries of the peak Patriot system in the most modern version of PAC 3 will provide unparalleled defensive potential than one unmodernized S-300 system from 1987. Therefore, it is a clear strengthening of Slovakia’s defense and at the same time an adequate replacement for the S-300 system,” the Minister of Defense of the Slovak Republic said on its Facebook Page.

On Wednesday the Slovak Ministry of Defense itself announced that several batteries of 2K12 Kub (SA-6 Gainful; Slovak Armed Forces have four batteries of the system in their equipment) have been stationed in Eastern Slovakia and are “24 hours a day monitoring air space over our [Slovak] borders with Ukraine,“ the Slovak Ministry of Defense said. Same as the Slovak Kub batteries, also non-Slovak Patriot batteries will be stationed in Eastern Slovakia – with one battery being stationed in Sliač AB – the strategic airbase located in central Slovakia, serving as the home base for the Tactical Wing of the Slovak Air Force.

Most of the concerns about the protection of the airspace of Slovakia (NATO member state) were connected to the Ukrainian Uzhhorod airstrip – whose runway lays only several dozens of meters from the borders with Slovakia. A missile from a potential Russian airstrike on the airstrip might land on Slovak soil – that is NATO soil, which would trigger direct answer by the Alliance. However, with the Russian debacle in Ukraine the ‘Uzhhorod threat‘ had fade away.

Czech Republic and Slovakia are one of the very first European nations sending heavy equipment to Ukraine. While Slovakia sent its S-300 battery, Czech Republic probably donated heavy armored vehicles – notably T-72Ms and BVP-1s (Czechoslovak made BMP-1) – the vehicles built under license in ZŤS Martin (today Slovakia) during the last decades of socialist era in Czechoslovakia.

Additional info about the Slovak S-300 issue have been published before in this article.

Photo credit: Slovak Ministry of Defense and EllsworthSK Own work via Wikipedia 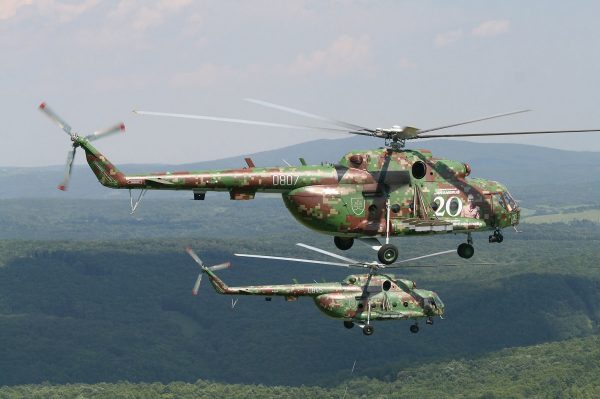