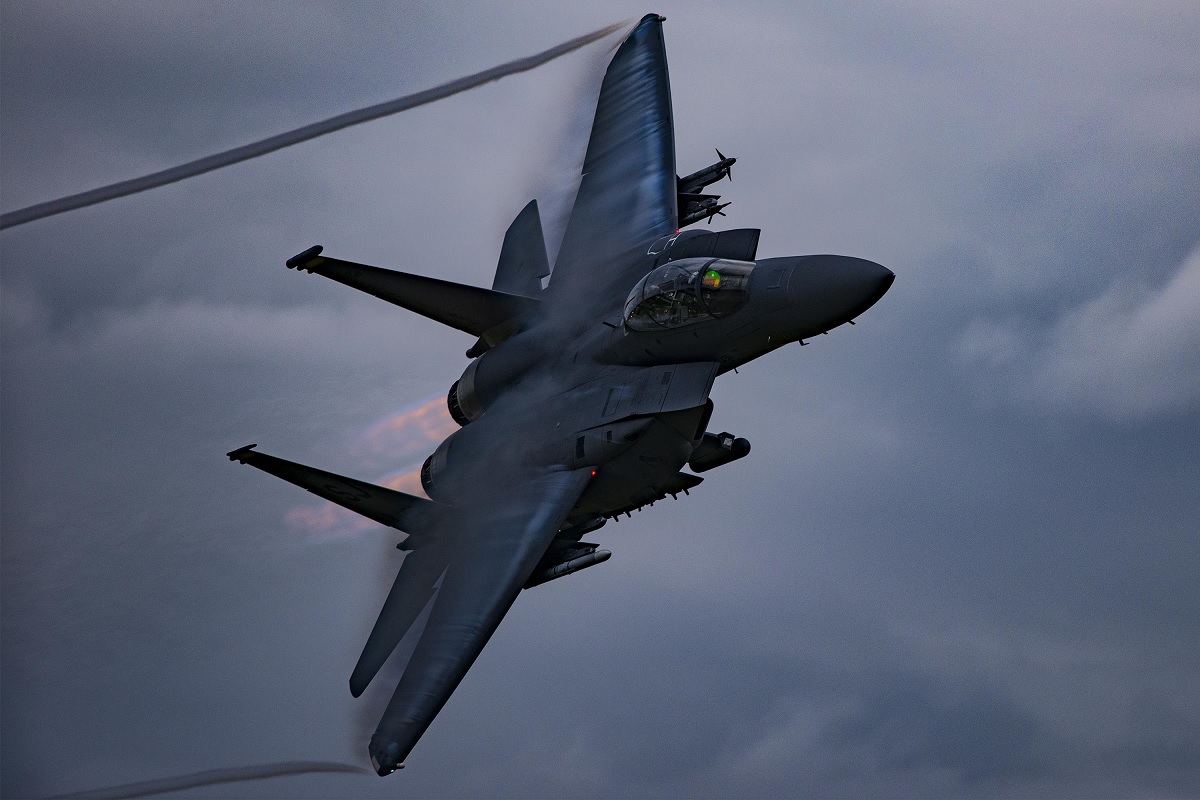 His Excellency Dr. Khalid Mohammed Al Attiyah has been updated regarding Qatar’s potential multi-billion dollar purchase of over 30 F-15QA aircraft

On Mar. 28, 2017, Qatar’s Minister of State for Defense Affairs, his Excellency Dr. Khalid Mohammed Al Attiyah, paid visit to Seymour Johnson Air Force Base (AFB), where he had the chance to experience the power and capabilities of the F-15E Strike Eagle firsthand.

As reported by Airman 1st Class Kenneth Boyton, 4th Fighter Wing Public Affairs, in the article SJ showcases F-15E superiority to Qatar Minister of Defense, his Excellency Al Attiyah first received a tour and mission briefing of the F-15E from Lt. Col. Dave Haworth, Office of Military Cooperation at the U.S. Embassy in Qatar. Haworth stressed the critical role the aircraft provides Combatant Commanders in their objectives to destroy and defeat the Islamic State of Iraq and Syria (ISIS).

“The Strike Eagle has contributed to destroying or damaging over 31,900 targets as part of OPERATION INHERENT RESOLVE,” pointed out Haworth.

Then, after a tour of the 334th Aircraft Maintenance Unit, his Excellency visited the 334th Fighter Squadron (FS) and was greeted by Lt. Col. Levi Hall, 334th FS commander.

Haworth updated his Excellency on details regarding Qatar’s potential multi-billion dollar purchase of over 30 F-15QA aircraft.

Following a few more briefings, his Excellency and Brig. Gen. Eisa Rashid Al Mohannadi, Chairman of the Qatar Eagle Committee, were fitted for flight equipment so they could experience the Strike Eagle in action.

Capt. Scott Harbison and Capt. Jared Krueger, 334th FS pilots, said they were excited to fly the distinguished visitors and show them the Strike Eagle’s capability.

“Having the chance to take his Excellency up in the air and show how amazing our F-15E’s are is a once in a lifetime event,” explained Harbison.

Noteworthy the flight started with both Strike Eagles reaching maximum altitude directly after takeoff. After their flight, the jets landed and his Excellency set foot on the ground he was recently miles above.

“It’s was an honor to host his Excellency and have him fly in one of our phenomenal war-fighting machines,” said Col. Christopher Sage, 4th Fighter Wing (FW) commander. “Qatar is not just a mission partner in the Middle East, they are a vital team member in stopping ISIS and maintaining peace within the region.”

The F-15E Strike Eagle is a twin-engine, all weather fighter that, as we have explained in a previous article, is the backbone for the Air Force’s air superiority. Its proven design is undefeated in air-to-air combat, with more than 100 aerial combat victories. Its two engines provide 58,000 pounds of thrust, which enable the F-15 to exceed speeds of Mach 2.5.

Boeing is pushing for continuous innovative upgrades to keep the F-15s across the world mission ready and in the air to 2040 and beyond. 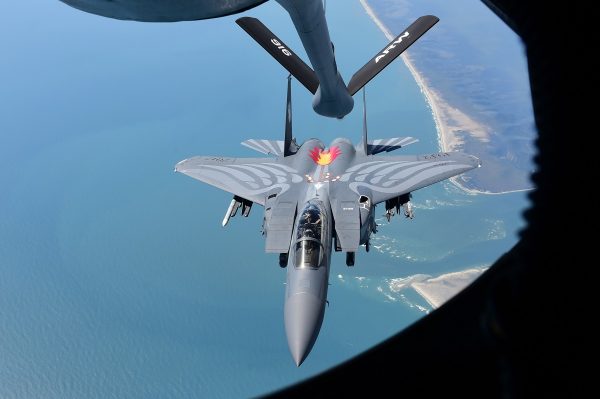