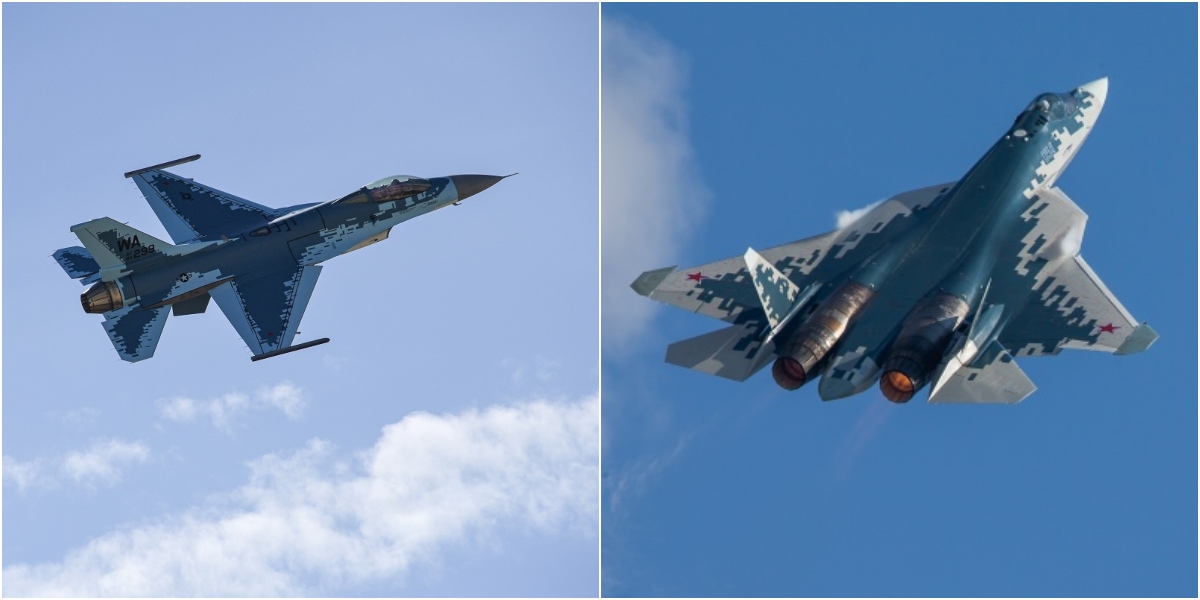 Painters at Hill Air Force Base (AFB) recently completed an elaborate makeover on an F-16 Fighting Falcon by giving it the now-popular “ghost” paint scheme.

As told by Donovan Potter, 75th Air Base Wing Public Affairs, in the article Paint shop at Hill AFB gives F-16 ‘spooky’ paint scheme, the 576th Aircraft Maintenance Squadron (AMXS) painted the jet at the request of the 64th Aggressor Squadron at Nellis AFB, Nevada, that participates in training with Air Force and other aviation branches during Red Flag exercises.

The paint scheme is intended to replicate an adversary’s fighter jet 4 (specifically the ghost paint scheme is the digital color scheme used by Russia’s Sukhoi Su-57 Felon stealth fighter). US, allied, and partner-nation aircrews routinely train against accurate and realistic threats including aircraft painted to replicate those pilots might see in aerial combat.

This was the 576th AMXS paint shop’s first time painting a jet with the scheme that emerged via a crowdsourcing competition held on social media in 2019 by Brig. Gen. Robert G. Novotny, 57th Wing Commander.

“The paint shop at Nellis did one of these planes last year and asked us to paint this one,” said Jim Gill 576th AMXS production flight chief. “They sent us pictures and gave us the pattern, but there were no instructions. We had to put it together ourselves.”

Gill said the digital pattern came in adhesive roll stencils that were three feet wide and six feet long. It’s a six-foot piece of tape that had to be overlapped and put exactly in place to get everything lined out.

Paint supervisor Dallas Porter said they laid the stencils on tables and on the shop floor trying to figure out where everything went and sometimes it didn’t match up the way they thought.

“Laying on the flat ground, it was great, but once you get up there with those angles, stuff starts twisting and moving,” Porter said. “It’s tougher to get the angles and 90-degree turns, but something like this gets everybody involved, working as a team.”

Usually the paint shop can apply a new coat of gray paint to an F-16 in 11 days. The timeline to get a ghost F-16 aggressor was 18 days. Twelve people worked 18 days on three different shifts to apply blue, black two different grays and red paint to the normally solid gray aircraft. 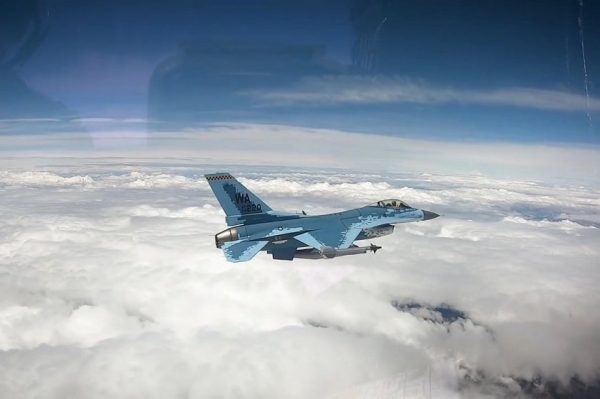 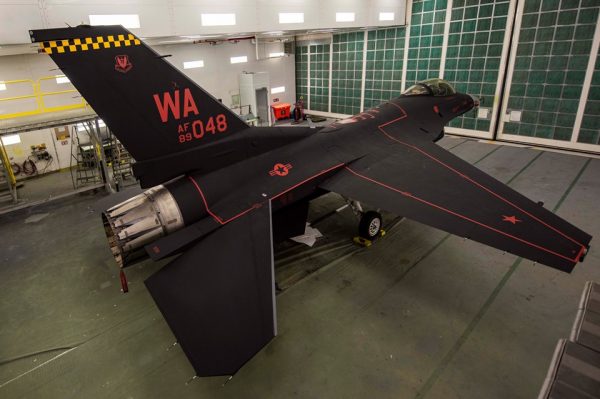 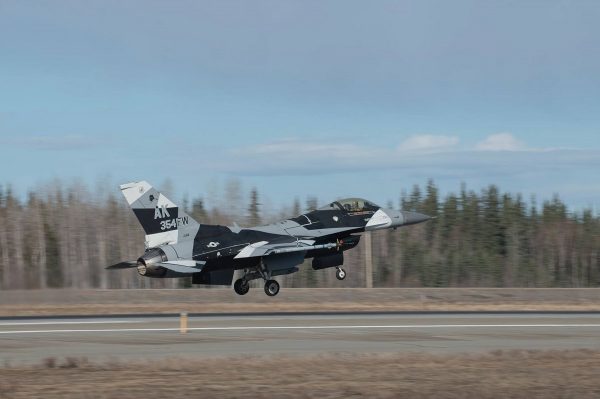