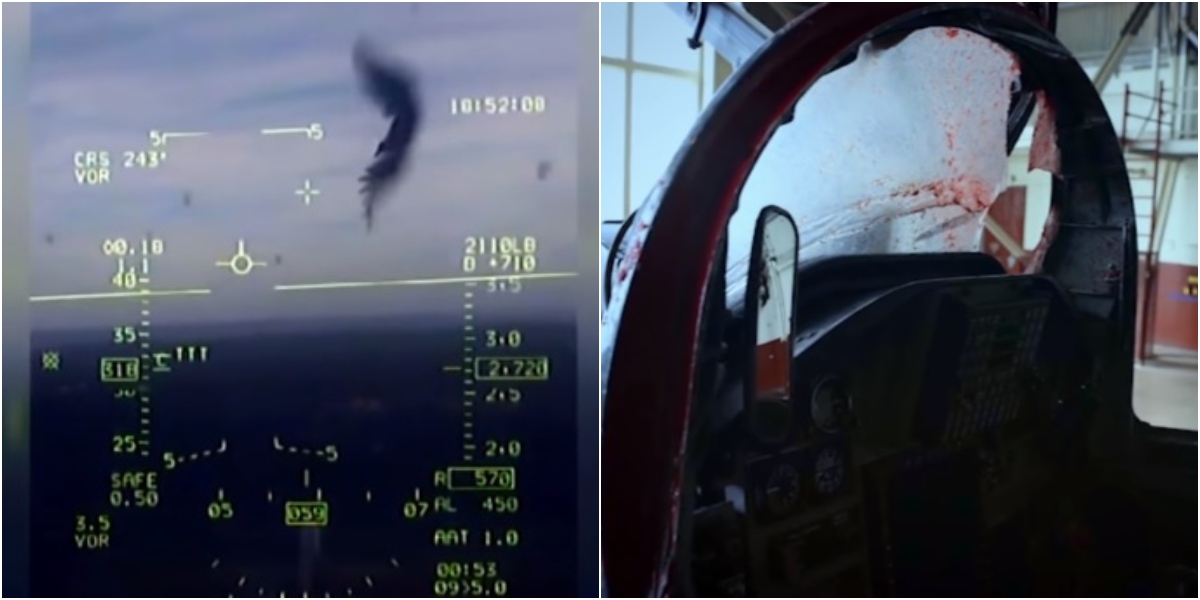 A USAF instructor pilot (IP) and his student are flying at 400 miles per hour aboard their T-38 Talon trainer when they’re struck by a bird. A frantic struggle ensues as they try to regain control.

The video in this post features the rare footage of a bird crashing into a fighter jet’s cockpit.

A U.S. Air Force (USAF) instructor pilot (IP) and his student are flying at 400 miles per hour aboard their T-38 Talon trainer just above Randolph Air Force Base (AFB) when they’re struck by a bird. A frantic struggle ensues as they try to regain control.

Bird strikes by aircraft are not uncommon. According to the government program Department of Defense Partners in Flight (DoD PIF), every year, about 3,000 wildlife-strike incidents are reported for military aircraft and another 2,300-plus for civil craft.

Various prevention programs, including the Bird/Wildlife Aircraft Strike Hazard program, have been put into place in an effort to reduce these bird-strike incidents.

“Habitat modifications and scaring birds away from the runways is an integral part of the answer, but understanding the behavior and movements of birds in relation to the airfield environment and military training routes by pilots and aircrews is also a critical factor in reducing bird strikes,” the DoD PIF says.