Log In Sign Up
Homepage Cold War EraSandy! How two A-1 Skyraiders provided top Cover for a CSAR Mission to save a Downed OH-6 Crew During the Vietnam War 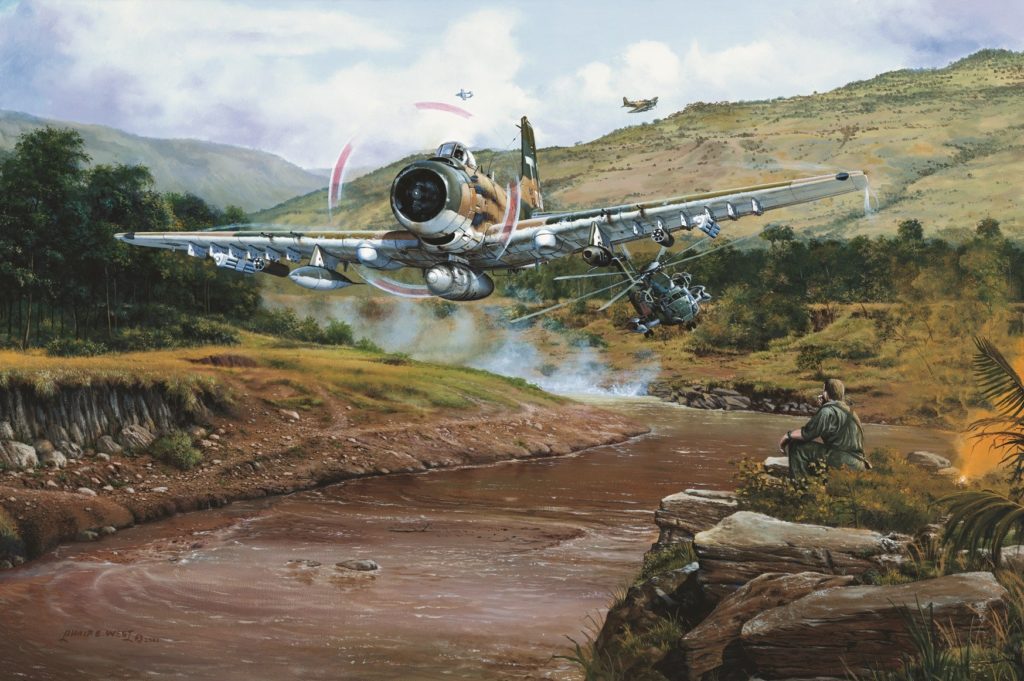 ‘Sandy 07’ assumed on scene command, directing ‘Sandy 08’ to stay high and be alert for SA-7 missile launches while he entered the area to search for possible survivors…

The Douglas A-1 Skyraider played an important part in the Southeast Asia War. Its ability to carry an immense amount of weapons and stay over the battlefield for extended periods of time made it a powerful weapon. This aircraft provided close air support to ground forces, attacked enemy supply lines, and protected helicopters rescuing airmen downed in enemy territory.

However US Air Force (USAF) Skyraiders in Southeast Asia are probably best remembered for their support of search and air rescue missions. Operating under the call sign Sandy, the A-1’s ability to fly over a downed Airman for an extended period complemented its massive firepower. Whereas jet aircraft often had to leave an area for refueling or rearming, the Sandies provided nearly continuous suppressing fire until helicopters could extract downed Airmen.

On Jun. 12, 1972, 1Lt Byron Hukee and his wingman Capt Gene Bardal of the 1st Special Operations Squadron (SOS) were scrambled from search and rescue (SAR) ground alert at Da Nang Air Base (AB), in South Vietnam, as ‘Sandy 07’ and ‘Sandy 08.’ Jolly Green 65′ and ’21’, a flight of two HH-53 rescue helicopters, launched with the ‘Sandys.’ As told by Byron E. Hukee in his book USAF and VNAF A-1 Skyraider Units of the Vietnam War, the SAR forces were told that there was a US Army OH-6, call-sign ‘Blue Ghost 10’, down about 18 nautical miles west-southwest of Hue. A ‘Covey’ Forward Air Controller (FAC) in the SAR area had no contact with any potential survivors. He reported that two other helicopters had been lost the preceding day in the same area.

‘Sandy 08’ directed the Jolly Greens to hold ‘feet wet’ east of Hue, while leading his flight into the SAR area. ‘Covey’ reported seeing mirror flashes close to a smoking crash site near the Song Ba River. ‘Sandy 07’ assumed on scene command, directing ‘Sandy 08’ to stay high and be alert for SA-7 missile launches while he entered the area to search for possible survivors.

Hukee, in A-1J 142028, assessed the threats in the area and returned enemy ground fire with a portion of his ordnance. During this time he too saw mirror flashes originating from near the crash site. Repeated attempts at radio contact proved futile. Was it a trap, or were there Americans down there who needed rescuing?

Bardal, in A-1H 139791, was sent to bring the Jolly Greens closer to the SAR area, after which ‘Sandy 07’ briefed the team on his SAR plan. His instincts told him that there were survivors to be rescued, but if it were a trap, the ‘Sandys’ would position themselves to immediately suppress enemy fire, while directing the Jolly Greens to abort the pickup. Both ‘Sandys’ would lay down a smoke screen to shield the Jolly Greens from possible threats. The Jolly Greens were directed to proceed inbound as fast as possible in order to minimise the effectiveness of threats en route to the survivor.

The SAR team executed the plan flawlessly. A Jolly Green pararescue jumper (PJ) was lowered to assist a badly injured crewmember into the helicopter – the other crewmember had been killed when the OH-6 crashed. ‘Jolly Green 65’ egressed the area, escorted by Hukee and Bardal, and flew the survivor to Da Nang AB.

USAF and VNAF A-1 Skyraider Units of the Vietnam War is published by Osprey Publishing and is available to order here. 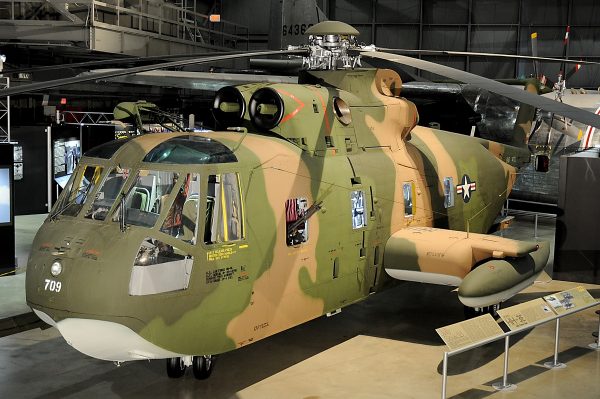