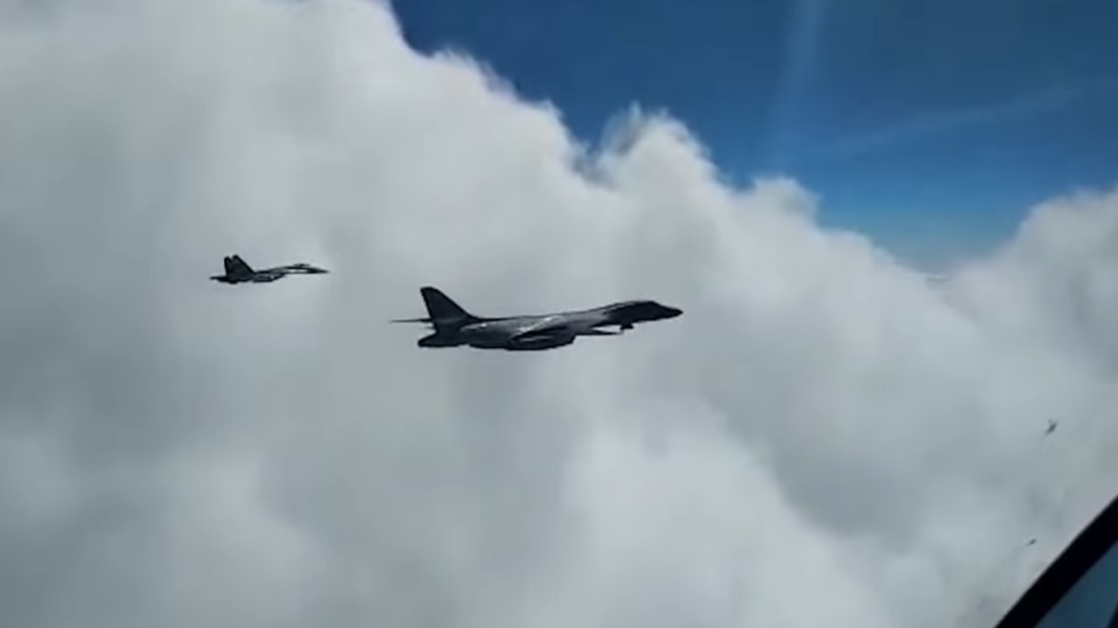 On May 29, 2020 two B-1Bs from Ellsworth Air Force Base performed a round trip mission to Europe and Black Sea.

On May 29, 2020 the Russian Ministry of Defense has released a video showing Su-27 fighters intercepting a USAF B-1B Lancer strategic bomber over the Black Sea.

On Friday in fact two B-1Bs from Ellsworth Air Force Base performed a round trip mission to Europe and Black Sea.

This marked the first time that a Bomber Task Force mission integrated with Ukrainian Su-27 Flankers and MiG-29 Fulcrums and Turkish KC-135s.

The flight also included integration and interoperability training with Polish F-16s and MiG-29s and Romanian F-16s and MiG-21s, which provided escort and combat patrol overwatch in the Black Sea region.

Additionally, the B-1s integrated with Greek F-16 air policing for an overflight of Skopje, North Macedonia.

According to TASS, Russian Su-27 and Su-30 fighter jets were scrambled to intercept the B-1Bs over the neutral waters of the Black Sea.

Russia’s Defense Ministry said on May 29 statement that “Su-27P and Su-30SM fighters from the air defense alert quick reaction forces of the Southern Military District were scrambled to intercept the targets.”

The crews of the Russian fighter jets approached the air targets within a safe distance and identified them as B-1B strategic aircraft, after which “the US bombers changed their flight course and flew away from the state border of Russia,” the statement runs.

The statement also claimed that the US strategic bombers over the Baltic and Black Seas “were timely uncovered” by the air defense alert quick reaction forces of the Western and Southern Military Districts. The B-1s were tracked by Russian radars at a considerable distance from Russia’s border.

“The flights of the Russian combat planes proceeded in strict compliance with the international rules of using the airspace,” the statement said. 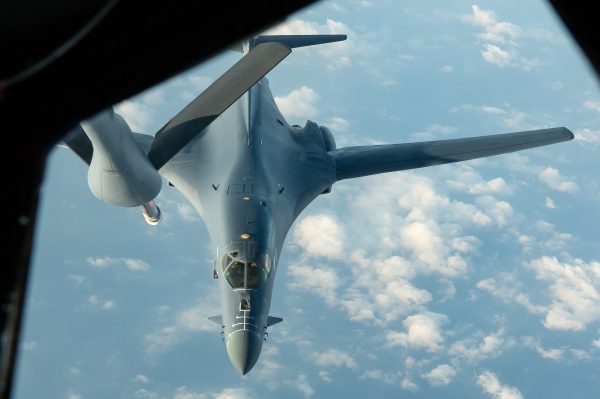 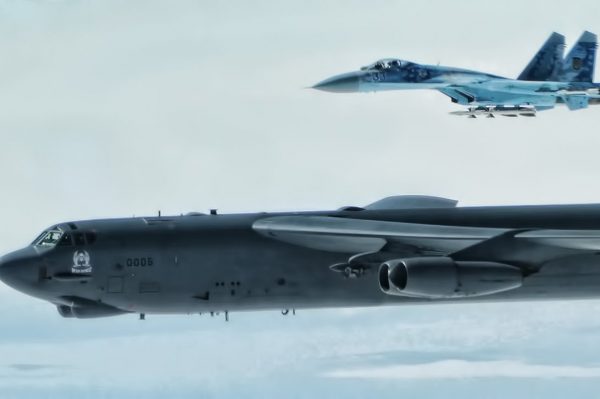 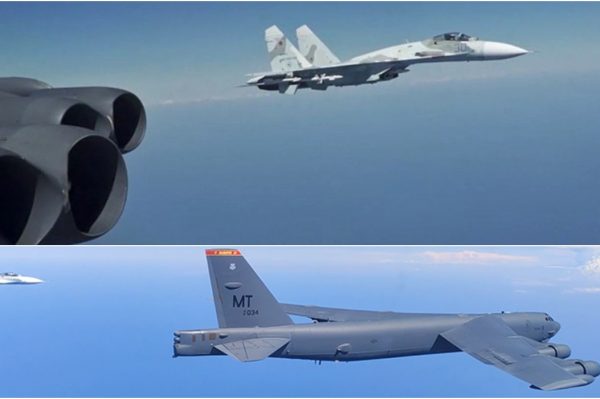