Google maps satellite photos showing the Su-57 in Syria were taken back in 2018 when the fighter first arrived there.

Russia’s Ministry of Defense has refuted media reports that the Su-57 has been redeployed to Syria.

The ministry says that Google maps satellite photos showing the jet in Syria were taken back in 2018 when the fighter first arrived there.

As reported by TASS, earlier, media outlets published satellite images of the air base in Latakia claiming that Russia’s fighter jets had recently arrived there.

According to the ministry, “the photos of Russia’s fifth generation fighter jet at the Hmeimim air base were made back in 2018 during its tests in real combat conditions, and the Russian Defense Ministry officially reported about this.”

Last year, the Russian Defense Ministry reported that the Su-57 fighter jets had carried out more than 10 sorties in Syria “to confirm the declared capabilities of this advanced jet in real combat conditions.”

According to Sukhoi, the Su-57’s radar cross section (RCS) is reduced to an average figure of 0.3-0.4m2 compared to 15m2 for the Su-27. As explained by Piotr Butowski in his book Russia’s Warplanes, Volume 1, the main solution to reduce radar visibility is internal carriage of weapons. Radar blockers reduce reflections from the engine inlet guide vanes and are installed in the engine air intake ducts. The shape of the airframe has been selected to reduce the number of directions in which electro-magnetic waves are reflected, and to ensure these directions are the safest. The angles of sweep for the wing and tailplane leading and trailing edges, the edges of the air intakes and various hatch covers have been reduced to three figures, deflected from the aircraft’s axis. Similarly, in terms of cross section, the fuselage sides, lateral edges of the air intakes and the vertical empennage are all deflected at the same angle. Some openings and slots on the airframe’s surface, for example, the boundary-layer bleeds on the sides of the air intakes and openings on the upper fuselage immediately aft of the cockpit, are covered with a thick grid using a mesh smaller than one quarter of the wavelength of the ‘attacking’ radar, which reduces reflections from these uneven surfaces. Gaps between the airframe elements are filled with conducting sealants, which also reduces RCS. The cockpit glazing is metallised. Radar-absorbing and shielding materials and coatings are also used. 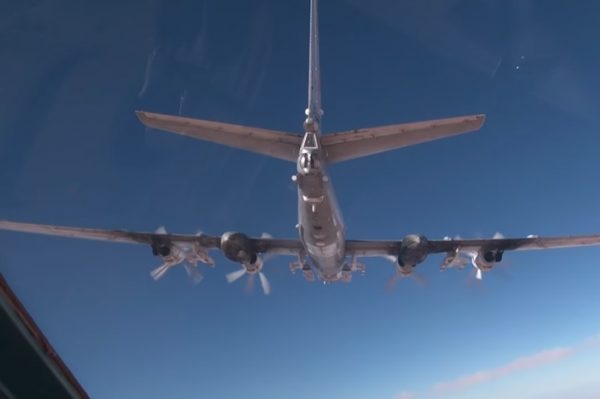