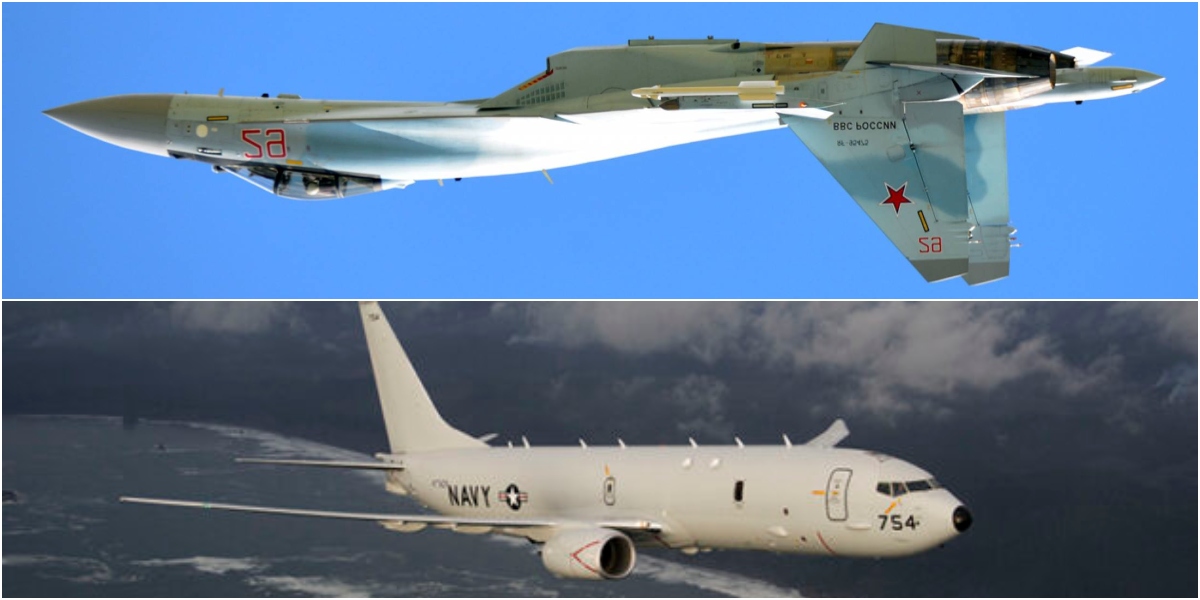 The crew of the P-8A reported wake turbulence following the interaction. The duration of the intercept was approximately 42 minutes.

On Apr. 15, 2020 a Russian Su-35 fighter jet intercepted a US Navy P-8A Poseidon surveillance aircraft while it was flying in international airspace over the Mediterranean sea, Navy officials said.

As reported by Navy Times, the Russian fighter jet reportedly conducted a high-speed inverted maneuver in front of the Poseidon, coming as close as 25 feet from the nose of the U.S. aircraft.

According to a statement from US 6th Fleet, the maneuver “put our pilots and crew at risk.”

“The crew of the P-8A reported wake turbulence following the interaction. The duration of the intercept was approximately 42 minutes.”

Navy officials said that the actions of the Su-35 fighter jet were “irresponsible.”

“We expect them to behave within international standards set to ensure safety and to prevent incidents, including the 1972 Agreement for the Prevention of Incidents On and Over the High Seas.”

The P-8A Poseidon was operating “consistent with international law and did not provoke this Russian activity,” US 6th Fleet officials said.

Noteworthy this is not the first time that according to the US Navy a Russian Su-35 carries out an unsafe intercept of a P-8A over the Mediterranean Sea: on Jun. 4, 2019 in fact, a Poseidon aircraft flying in international airspace over the Mediterranean Sea was intercepted by a Russian Su-35 three times. The first and third interaction were deemed safe. According to the US Navy, the second interaction was determined to be unsafe due to the Su-35 conducting a high speed pass directly in front of the mission aircraft, which put US pilots and crew at risk. The crew of the P-8A reported wake turbulence following the second interaction. The duration of the intercept was approximately 28 minutes.

Moreover, the Apr. 15, 2020 Su-35/P-8 incident was the second in the same day which US personnel were harassed in “unsafe” and “unprofessional” actions.

The IRGC vessels “repeatedly conducted dangerous and harassing approaches” of several U.S. warships as they were conducting air integration exercises.

The Arleigh Burke-class destroyer Paul Hamilton, the expeditionary mobile base vessel Lewis B. Puller, and the Coast Guard ships Wrangell and Maui were among the ships in formation. 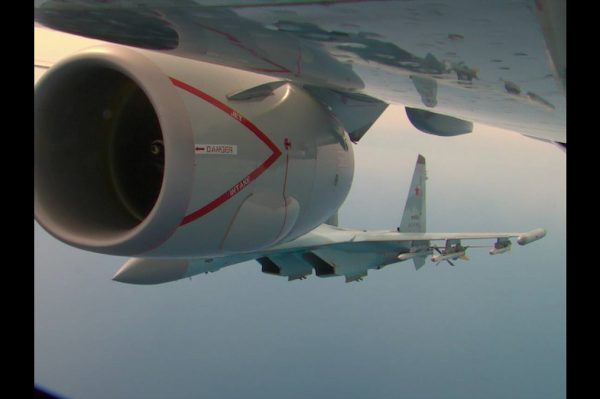