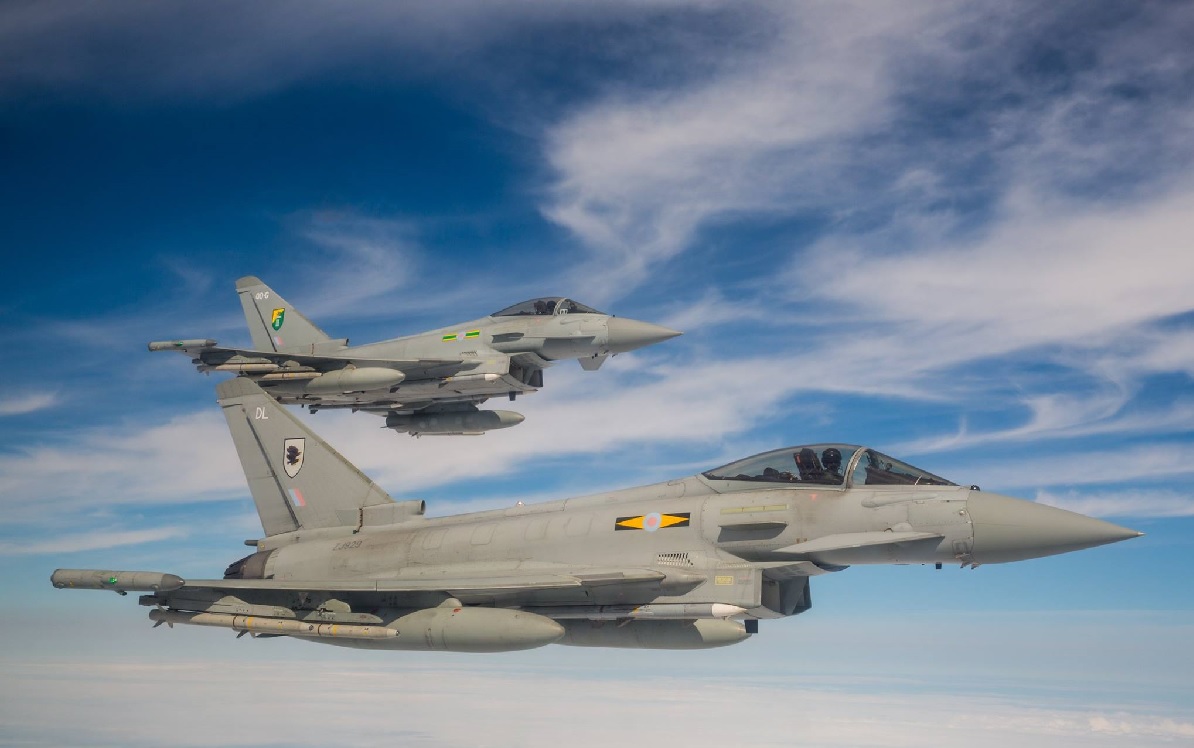 Ex. Guardian North 16 not only represents the first deployment in Japan for RAF Eurofighters but also marks the first bilateral exercise ever in Japan for the JASDF to host with foreign military other than the U.S.

Taken on Oct. 22, 2016 the video in this post shows four Royal Air Force (RAF) Typhoon fighter aircraft, arriving at Japan Air Self Defense Force (JASDF) Misawa Air Base, in the northern part of the island of Honshu on Saturday.

A Voyager tanker from RAF Brize Norton, provided air-to-air refuelling during the 3,500 mile (5,600 km) non-stop flight from Malaysia, where the Eurofighters have successfully completed Exercise Bersama Lima 16 which ran from Oct. 4 to Oct. 21, 2016.

Noteworthy during the exercise the aircraft, flown by No 1(F) Squadron crews, have performed extremely well as explained by Wing Commander Mike Sutton Officer Commanding No 1(F) Squadron: “We have greatly benefited from the tactical training opportunities provided by integrating with the FPDA [with FDPA standing for Five Powers Defence Arrangements, a series of defence relationships established by a series of multi-lateral agreements between the United Kingdom, Australia, New Zealand, Malaysia and Singapore signed in 1971, whereby the five powers are to consult each other “immediately” in the event or threat of an armed attack on Malaysia or Singapore for the purpose of deciding what measures should be taken jointly or separately in response] Air Forces. The [No 1(F)] Squadron is far more capable as a result of this experience and we very much look forward to similar Exercises in the future.”

After the end of Exercise Bersama Lima 16 the Typhoons, flown by No 2 (AC) Squadron pilots from RAF Lossiemouth for the transit from Malaysia to Japan, deployed to Misawa Air Base for Exercise “Guardian North 16.”

Guardian North 16 not only represents the first deployment in Japan for RAF Eurofighters, but also marks the first bilateral exercise ever in Japan for the JASDF to host with foreign military other than the U.S., and it is an opportunity for both air forces to learn from each other and develop their skills.

During their stay in Japan Typhoons will be supported by RAF C-17 transport aircraft carrying essential engineering equipment.