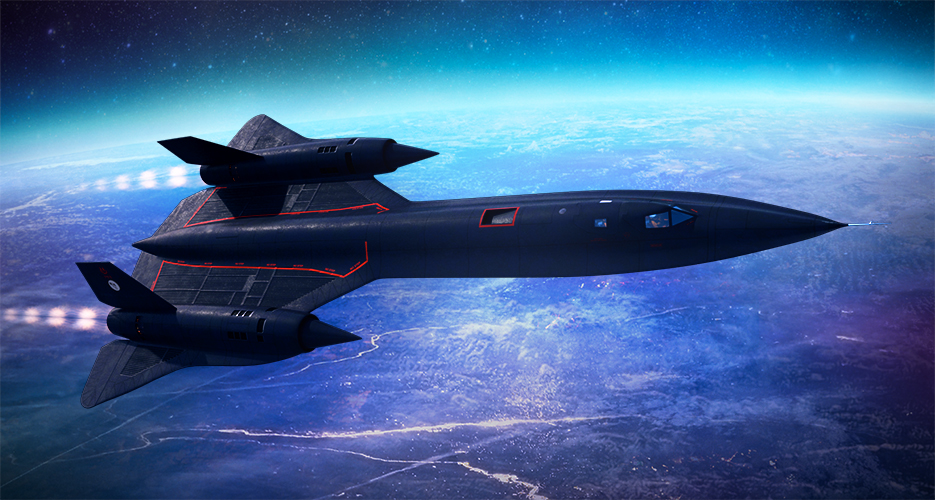 Halfway through the DMZ all was calm, but suddenly, Graham noticed a large object over North Korea that incredibly was higher than his SR-71 Blackbird actually was….

The SR-71 Blackbird performances were astonishing.

But despite these unique features the Blackbird was a very short ranged aircraft: in fact most of the sorties required at least one and sometimes as many as six aerial refueling, depending on the mission profile.

Nevertheless there was a reconnaissance mission flown infrequently from Okinawa to gather intelligence on North Korea that didn’t require any aerial refueling. One of these missions was flown by Col. Richard H. Graham, a former Blackbird pilot, who gave a full description of it in his book SR-71 The Complete Illustrated History of THE BLACKBIRD The World’s Highest , Fastest Plane: “From takeoff to landing the total mission time was fifty-seven minutes and we named it the ‘Rocket Ride.’ This mission was very demanding because everything happened so quickly: departure, acceleration and climb, cruise, and descent for landing. Mentally you had to stay well ahead of the plane on this mission compared to others.”

As Graham explains the demilitarized zone (DMZ) between North and South Korea is 160 miles long and only 2.5 miles wide: this area is the most heavily militarized in the world. The aim of the Rocket Ride missions was to monitor tunnels and military facilities on the north side of the DMZ that North Korea had dug over many years in preparation for future hostilities with South Korea.

Graham flew the first Rocket Ride with Don Emmons as Reconnaissance System Officer (RSO, the Blackbird back seater). According to Graham “Our mission was planned to fly down the middle of the DMZ, imaging directly under the SR-71 and North Korea about fifty-seven miles.” The route of flight took them directly from Okinawa, northward over the Korean Straits, into the sea of Japan, to make a northeast to southwest pass through the DMZ, then exit into the Yellow Sea and return to Okinawa.

Loaded with 65,000 pound of fuel the SR-71 takeoff roll was longer than usual. After the lift off and still in AB they performed a 400-knot climbing left-hand turn to the north and departed Okinawa. Within four to five minutes they were at 33,000 feet and began their supersonic climb and acceleration.

Mach 3.0 came quickly, and they leveled off around 73,000 feet. Total time from brake release on Okinawa to Mach 3.0 and 73,000 feet was just short of seventeen minutes.

After they entered the DMZ Graham remained focused on the Blackbird’s performance while Emmons was busy monitoring the sensor systems. He also kept a watchful eye on the radar warning gear telling him they had North Korean surface-to-air missile (SAM) sites searching or tracking them. Total time over the DMZ was about seven minutes.

Halfway through the DMZ all was calm, but suddenly, Graham noticed a large object over North Korea that incredibly was higher than they actually were. As Graham recalls “whatever it was, we were closing on it fast! I barely had time to tell Don when it rapidly passed directly over and behind us. It turned out to be a high-altitude weather balloon that could have been launched from USSR, China, North Korea, or South Korea. Don and I agreed later this was probably coincidental, rather than a nefarious plot of some sort.”

Once the SR-71 was outside the DMZ, the Blackbird headed towards China and the aircraft onboard sensors started recording electronic signal intelligence as it reached international airspace: if China’s military radar network had detected the SR-71 and reacted, the onboard recorders would have gathered a wide amount of intelligence about Chinese capabilities to react to the Blackbird’s presence. Instead Graham and Emmons received a very strange HF radio call shortly after exiting the DMZ. The RSO deciphered the message which told them to check their navigation system for accuracy. After checking their navigation system, they proceeded on track and then began a left hand descent, landing at Kadena Air Base in less than an hour.

As Graham explains “we found out later that the other assets didn’t know our programmed flight path and when they were aware the SR-71 was heading directly for China it raised a red flag. The sheer excitement of this Rocket Ride made us look forward to future ones!” 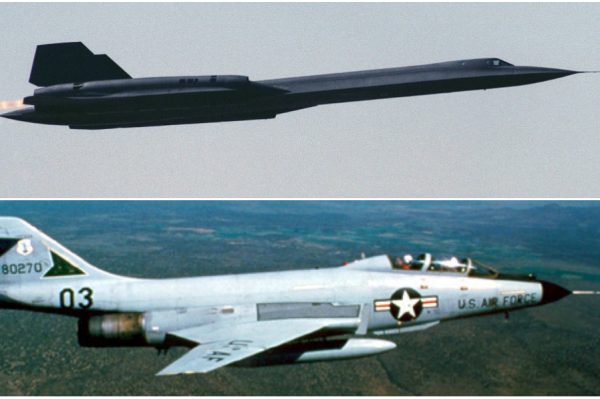 Once an F-101 pilot tried to race against an SR-71. He gave up when the Blackbird’s RSO asked him how fast his Voodoo could climb above 80,000 feet.