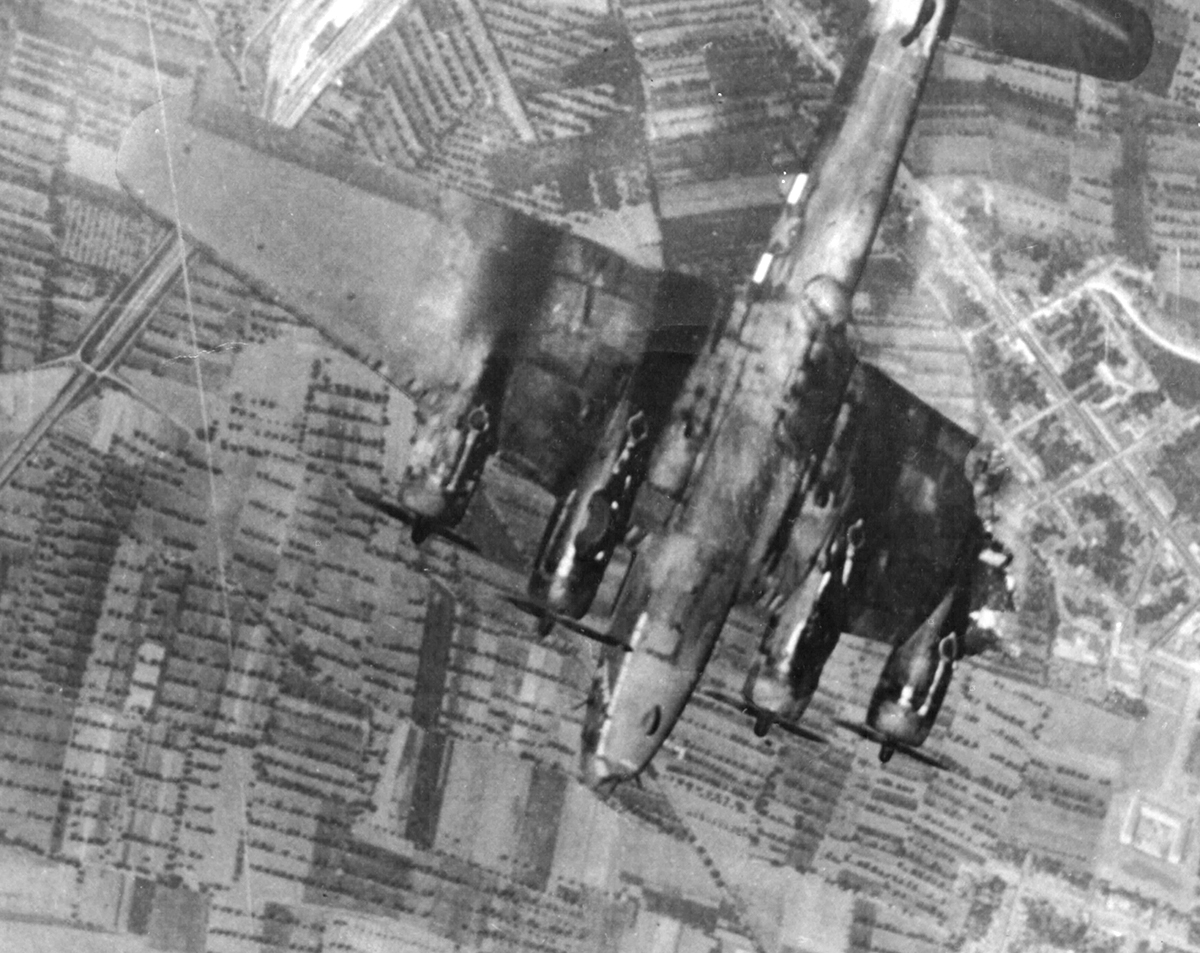 Although the raid caused heavy damage at both factories, 60 of the 376 bombers—about 1 in 6 of those dispatched—were shot down and more than 600 Airmen were killed, missing, or captured.

In the summer of 1943, the US began building up its heavy bomber forces in Europe at a more rapid rate, and greater numbers of B-17s and B-24s were dispatched against targets inside Germany. However, whenever they flew beyond the range of their P-47 escort, however, they risked being mauled by Luftwaffe fighters.

On Aug. 17, the targets were Schweinfurt (against the ball-bearing plants) and Regensburg (against the Messerschmitt fighter factory), deep inside Germany.

As a result, enemy fighters hit the first force, landed, rearmed, refueled, and then engaged the delayed second force. Without escort for much of the mission, the bombers faced wave after wave of Luftwaffe fighters alone.

Although the raid caused heavy damage at both factories, 60 of the 376 bombers—about 1 in 6 of those dispatched—were shot down and more than 600 Airmen were killed, missing, or captured.

On Sep. 6, the target was Stuttgart; 45 of the 262 attacking bombers were lost. Though P-47s had been equipped with jettisonable belly fuel tanks, which somewhat extended their range, they still were unable to provide escort protection much beyond the western border of Germany.

Early assumptions were wrong—unescorted heavy bombers could not protect themselves against enemy fighters alone. Unfortunately, USAAF fighters at the time did not have the range to accompany the bombers all the way on strikes deep into enemy territory.

The real solution to this issue came in the form of the North American P-51B Mustang. The long-range P-51B in fact not only cut bomber losses but quickly gained air superiority over Europe and in many ways made D-Day possible.

According to the National Museum of the United States Air Force, during 1943, only about 25% of Eighth Air Force bomber crewmen completed their 25-mission tours—the other 75% were killed, severely wounded, or captured. Despite knowing the poor odds of finishing their tours, bomber crews courageously pressed their attacks mission after mission.

The American campaign objective for the 1943 daylight bombing missions deep into Germany was to cripple the Luftwaffe fighter force in order to provide the air superiority vital for the invasion of France, Operation Overlord, to be successful. Eighth Air Force was unable to achieve this campaign objective because the Germans were able to fulfill their own objective of destroying so many Eight Air Force bombers that the Americans stopped their bombing campaign in mid-October 1943. 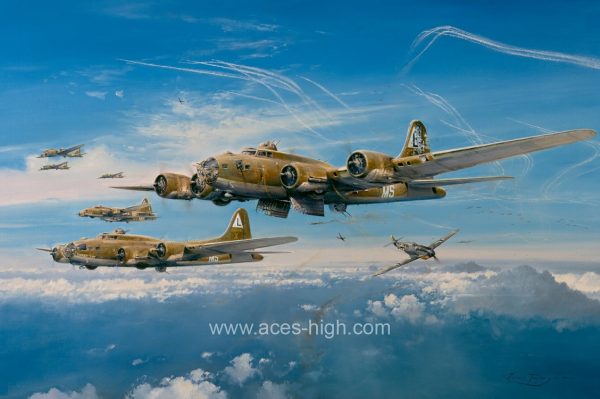 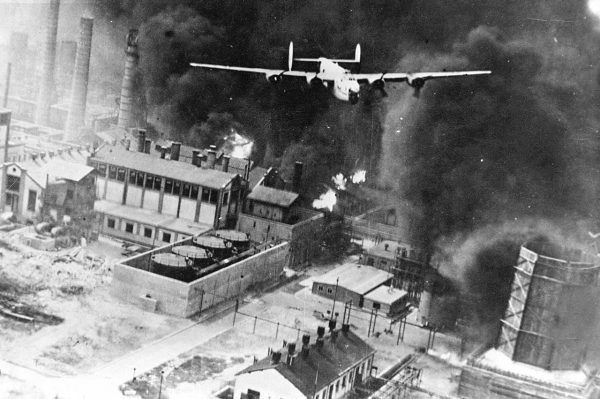 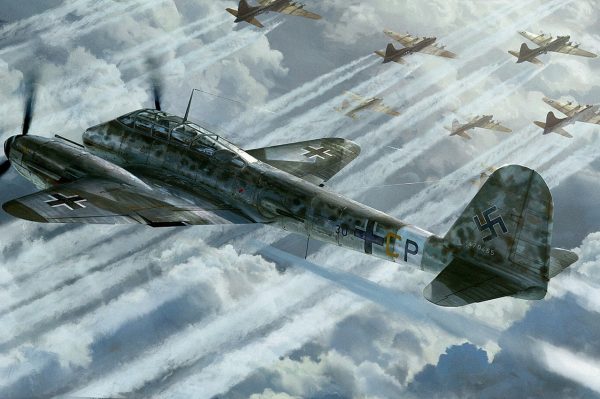 The Me 410 and the Colossal Five-Centimetre BK 5 Cannon: the Story of ‘The Backbone of Reich Defence’