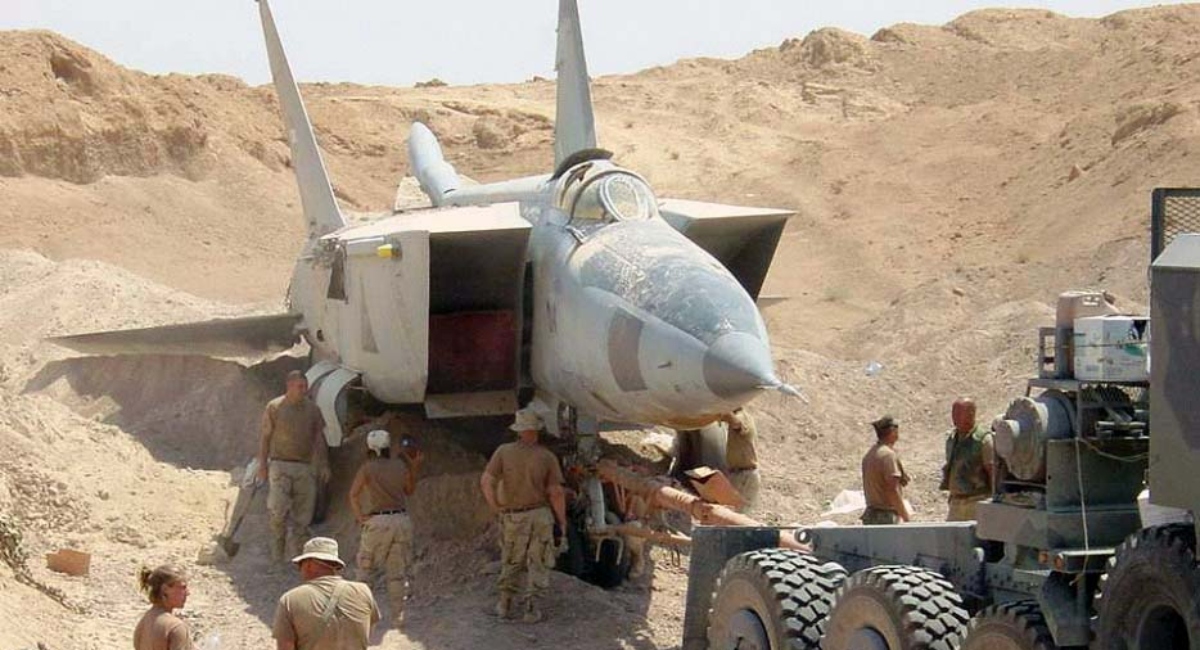 When Iran and Iraq ended a brutal 8-year war in 1988, the Iraqi Air Force (IrAF) had fought well.

As Daniel L. Haulman, PhD Air Force Historical Research Agency explained in his document What Happened to the Iraqi Air Force? “By 1991, it was one of the largest air forces in southwestern Asia, with well over 700 fixed-wing combat aircraft. Iraq had purchased new and very capable fighter aircraft, including MiG-29s from the Soviet Union and Mirage F-1s from France. The country had also improved its air bases, increasing the size and number of their runways and taxiways, and constructing hundreds of hardened aircraft shelters to protect aircraft on the ground. Yet twelve years later, when United States and coalition forces invaded Iraq in 2003 [during Operation Iraqi Freedom], they faced no Iraqi Air Force opposition. Not one Iraqi warplane attacked the invaders as they proceeded toward Baghdad.

“When the United States invaded Iraq in 2003, the Iraqi Air Force did not show up. It did not generate a single sortie. Allied air and ground forces operated without any aerial opposition. The absence of Iraqi Air Force opposition allowed the United States Air Force to use aircraft more vulnerable than fighters and bombers, such as helicopters, transports, and drones, with less fear of having them shot down over enemy territory. Of course, the failure of Iraq to launch any aircraft to oppose the invasion was partly deliberate. The Iraqi leadership realized that challenging the United States and coalition air forces would be futile, in light of the 1991 campaign.”

Thus, as the photos in this post show, Saddam Hussein buried Iraq’s air force in the desert.

“We’d heard a great many things had been buried, but we had not known where they were, and we’d been operating in that immediate vicinity for weeks and weeks and weeks … 12, 13 weeks, and didn’t know they were (there),” Rumsfeld said.

The secretary said he wasn’t sure how many such aircraft had been found, but noted, “It wasn’t one or two.”

“Something as big as an airplane that’s within … a stone’s throw of where you’re functioning, and you don’t know it’s there because you don’t run around digging into everything on a discovery process,” Rumsfeld explained. “So until you find somebody who tells you where to look, or until nature clears some sand away and exposes something over time, we’re simply not going to know.

“But, as we all know,” he added, “the absence of evidence is not evidence of absence.”