The U.S. Air Force’s first operational supersonic bomber, the B-58 made its initial flight on Nov. 11, 1956. In addition to the Hustler’s delta wing shape, distinctive features included a sophisticated inertial guidance navigation and bombing system, a slender “wasp-waist” fuselage and an extensive use of heat-resistant honeycomb sandwich skin panels in the wings and fuselage. Since the thin fuselage prevented the carrying of bombs internally, a droppable, two-component pod beneath the fuselage contained a nuclear weapon — along with extra fuel, reconnaissance equipment or other specialized gear. The B-58 crew consisted of a pilot, navigator/bombardier and defense systems operator.

The photos in this post show B-58A on display at the National Museum of the U.S. Air Force.

On Mar. 5, 1962, Capts. Robert G. Sowers (pilot), Robert MacDonald (navigator) and John T. Walton (defensive systems operator) flew from Los Angeles to New York City in the Hustler on display at the museum in only 2 hours 56.8 seconds, an average speed of 1,214.17 miles per hour. For this, they were awarded the Bendix Trophy for 1962 and each received the Distinguished Flying Cross. They broke two other speed records on the return flight — New York to Los Angeles and for the roundtrip.

The Bendix Trophy cross-country races, sponsored by the Bendix Corp., began in 1931. The award was established to encourage aviation progress. The winner of the first such race was Maj. James H. Doolittle, who flew from Los Angeles to Cleveland, Ohio, at an average speed of 223 miles per hour. The actual Bendix Trophy is nearly three feet tall and weighs approximately 100 pounds. Winners receive a smaller replica such as the one displayed near the B-58 in the museum. 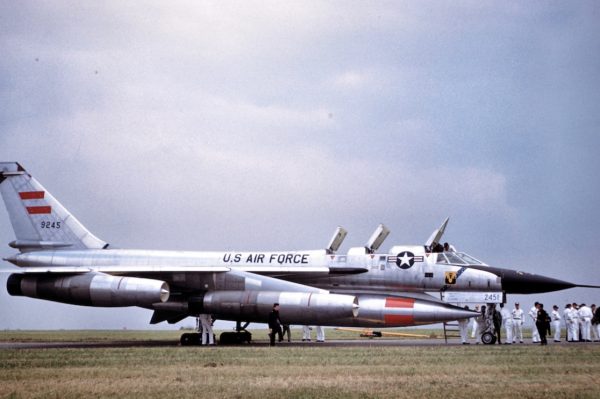 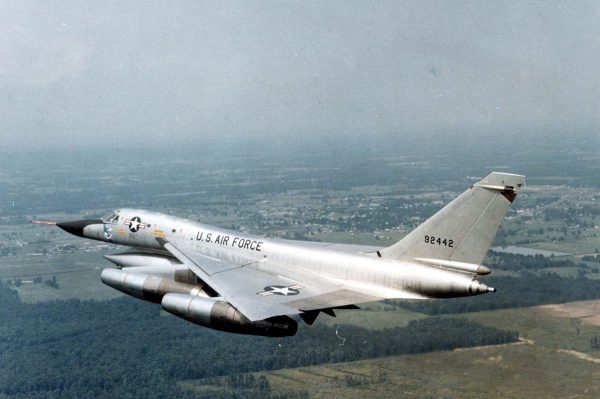