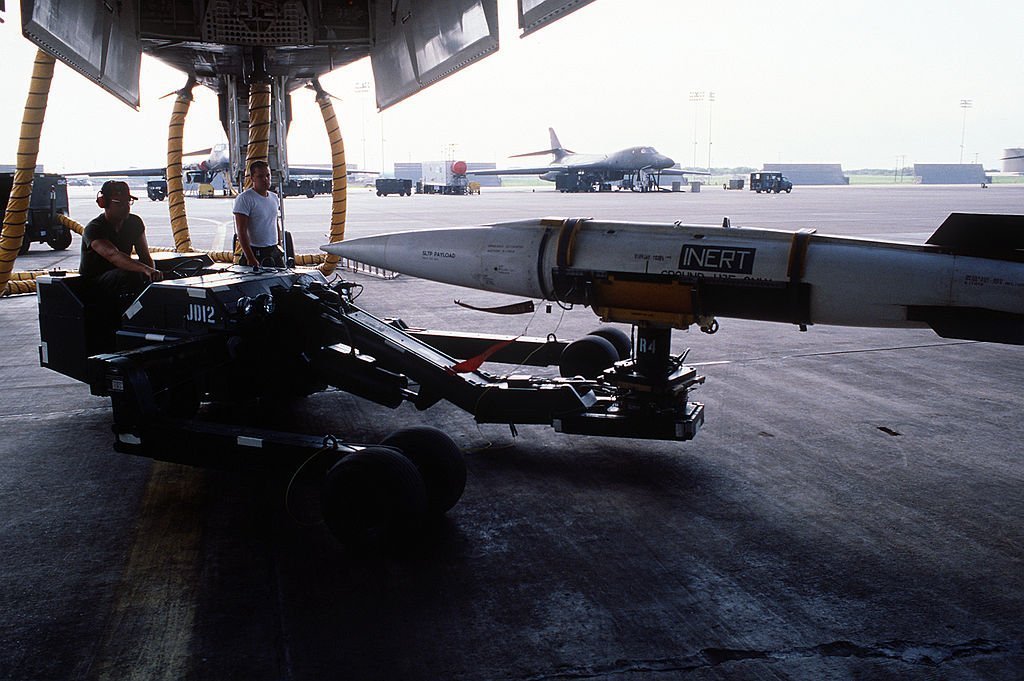 The interesting video in this post provides an overview of the AGM-69 Short Range Attack Missile (SRAM), produced by Boeing for the Strategic Air Command (SAC). SRAM replaced the AGM-28 Hound Dog standoff missile beginning in 1972, and was itself replaced by the AGM-86 air launched cruise missile (ALCM) beginning in 1993.

The Boeing AGM-69 SRAM was a nuclear air-to-surface missile. It had a range of up to 50 nautical miles (93 km; 58 mi), and was intended to allow US Air Force (USAF) strategic bombers to penetrate Soviet airspace through the neutralization of surface-to-air missile defenses. SRAM was designed to replace the older AGM-28 Hound Dog standoff missile which was tasked with the same basic role. Hound Dog was a very large missile that could only be carried in pairs by the B-52, so some aircraft were tasked with suppressing Soviet missile and radar sites while others would carry on to strike their strategic targets. SRAM was so much smaller that a number could be carried along with other weapons, allowing a single aircraft to blast its own way through to its targets.

The SRAM was removed from service in 1993, by which time its mission was rendered obsolete by the introduction of the AGM-86, which could be launched from far outside the range of Soviet weapons, and no longer required the bombers to penetrate Soviet defenses.

The requirement for the weapon was issued by the SAC in 1964, and the resultant AGM-69A SRAM contract was awarded to Boeing in 1966. After delays and technical flaws during testing, it was ordered into full production in 1971 and entered service in August 1972. It was carried by the B-52, FB-111A, and, for a very short period starting in 1986, by B-1Bs based at Dyess AFB in Texas. SRAMs were also carried by the B-1Bs based at Ellsworth AFB in South Dakota, Grand Forks AFB in North Dakota, and McConnell AFB in Kansas up until late 1993.

SRAM had an inertial navigation system as well as a radar altimeter which enabled the missile to be launched in either a semi-ballistic or terrain-following flight path. The SRAM was also capable of performing one “major maneuver” during its flight which gave the missile the capability of reversing its course and attacking targets that were behind it, sometimes called an “over-the-shoulder” launch. The missile had a Circular Error Probable (CEP) of about 1,400 feet (430 m) and a maximum range of 110 nautical miles (200 km). The SRAM used a single W69 nuclear warhead with a variable yield of 17 kilotons as a fission weapon, or 210 kilotons as a fusion weapon with tritium boost enabled.

The SRAM missile was completely coated with 0.8 in (2.0 cm) of soft rubber, used to absorb radar energy and also dissipate heat during flight. The three fins on the tail were made of a phenolic material, also designed to minimize any reflected radar energy. All electronics, wiring, and several safety devices were routed along the top of the missile, inside a raceway.

On the B-52 SRAMs were carried externally on two wing pylons (six missiles on each pylon) and internally on an eight-round rotary launcher mounted in the bomb bay; maximum load-out was 20 missiles. The capacity of the B-1B was eight missiles on up to three rotary launchers (one in each of its three stores bays) for a maximum loadout of 24 missiles, all internal. The smaller FB-111A could carry two missiles internally and four more missiles under the aircraft’s swing-wing. The externally mounted missiles required the addition of a tailcone to reduce aerodynamic drag during supersonic flight of the aircraft.

Upon rocket motor ignition, the missile tailcone was blown away by the exhaust plume. About 1,500 missiles were built at a cost of about $592,000 each by the time production ended in 1975. The Boeing Company sub-contracted with the Lockheed Propulsion Company for the propellants, which subsequently closed with the end of the SRAM program. 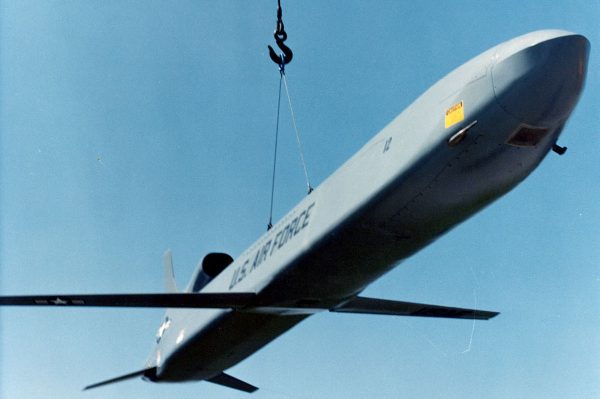 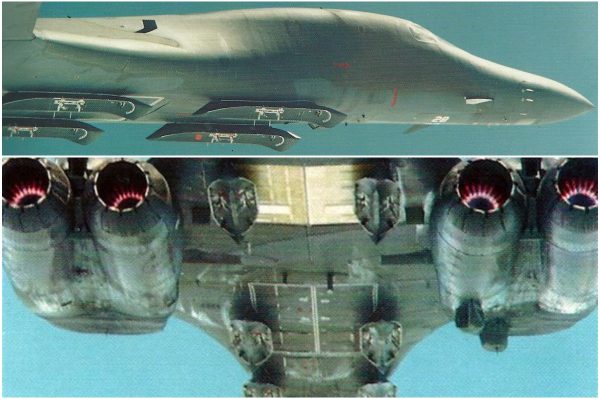 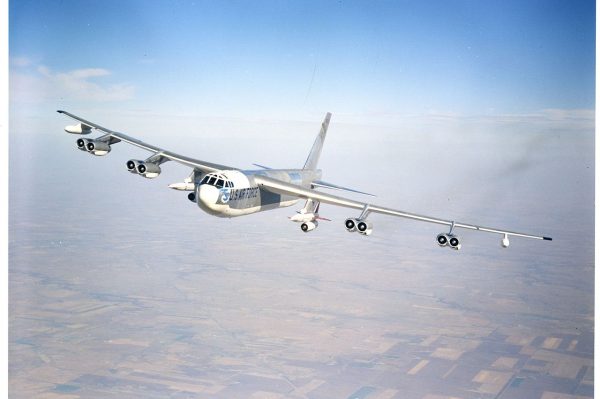