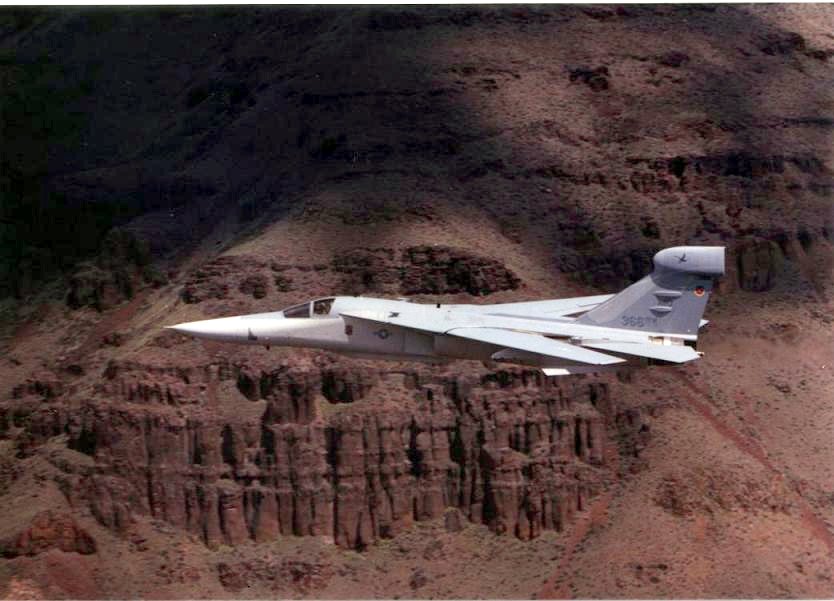 Even the stealthy F-117A ‘Wobblin’ Goblin’ benefited from EF-111A’s help as the Nighthawk was not undetectable by radar, although its radar signature was much smaller than that of non-stealth aircraft.

During Operation Desert Storm, electronic warfare was vital in the very rapid reduction of Iraq’s integrated air defence system (IADS), which used Soviet P-35M and P-37 ‘Bar Lock’ radars for long-range surveillance. As told by Peter E Davies in his book F-111 & EF-111 Units in Combat, these systems, linked by microwave and land-line to control centres, were supported by numerous ‘Spoon Rest’, P-15 ‘Flat Face’ and P-15M ‘Squat Eye’ acquisition radars that controlled SAM and AAA sites. Many of the SAM sites housed Vietnam-era SA-2 ‘Guidelines’, and their associated ‘Fan Song’ radar units, but these were still effective alongside a wide range of more modern missiles such as the SA-3 ‘Goa’, SA-6 ‘Gainful’ and point-defence SAMs like the SA-8 ‘Gecko’, SA-9 `Gastrin’ and Euromissile Roland. The latter trio were a particular threat to low-fliers like the F-111.

EF-111As, together with EC-130 Compass Call communications jamming aircraft and the 39 EA-6Bs of the US Navy and US Marine Corps, blinded and deafened the IADS’ radars and communications network on the first night, rendering any sort of concerted defences virtually impossible. Local radar units that then chose to independently engage imminent attackers could be attacked by F-4G Wild Weasel or A-7E and F/A-18 SEAD aircraft.

The 18 EF-111As of the 390th ECS at Taif, with six more from the 42nd ECS at Incirlik, were in constant demand to escort strike packages and disrupt the IrAF’s ground control systems by neutralising radars with noise jamming and false target information. Although the EF-111As lacked an upgrade to their AN/ALQ-99E semi-automated jamming suite that had recently been applied to the EA-6Bs’ version of the system, they were able to deal with most threats in-theatre, as the Iraqis possessed mainly older, lower band Soviet radars. They could set up stand-off jamming orbits at a distance from the threat area, or fly with the strike package as direct escorts. For the first phases of the battle their role was so vital that strike packages could not enter enemy airspace without their support. Even the stealthy F-117A ‘Wobblin’ Goblin’ benefited from their help as the Nighthawk was not undetectable by radar, although its radar signature was much smaller than that of non-stealth aircraft.

The Ravens’ workload was increased by the fact that of the USAF’s various strike aircraft types, only the F-111 and F-15E had effective internal jamming equipment. The F-16, F-4 and A-10 were particularly vulnerable to enemy radars and missiles, these aircraft relying on their own AN/ALQ-131 jamming pods for EW support. In all, 38 Coalition fixed-wing aircraft were lost, but only three to radar-guided missiles and none in situations where the ‘protecting wings’ of the Raven were present.

The only EF-111A combat loss occurred on Feb. 14 when Combat Lancer veteran 66-0023 ‘Wrench 08’ crashed shortly after it had crossed the Saudi Arabia border. Possibly locked up in error by a Coalition fighter, Capts Douglas Bradt and Paul Eichenlaub assumed that they were being tailed by a MiG and took the normal precaution of diving to the lowest feasible altitude. Tragically, their aircraft struck the desert, leaving a long streak in the sand with the engines at its conclusion. The crew died in an unsuccessful ejection attempt. 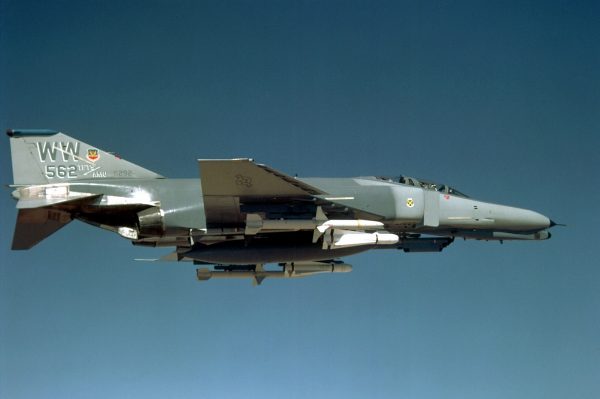 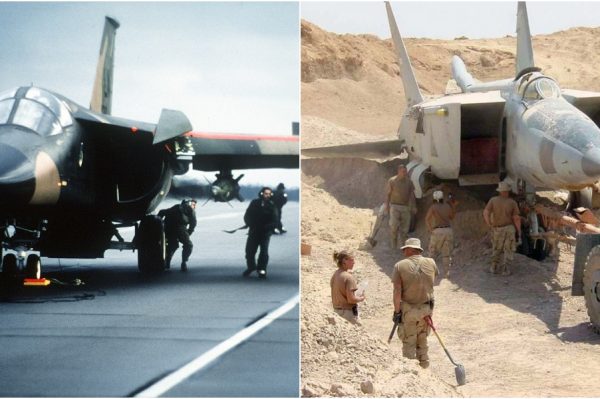 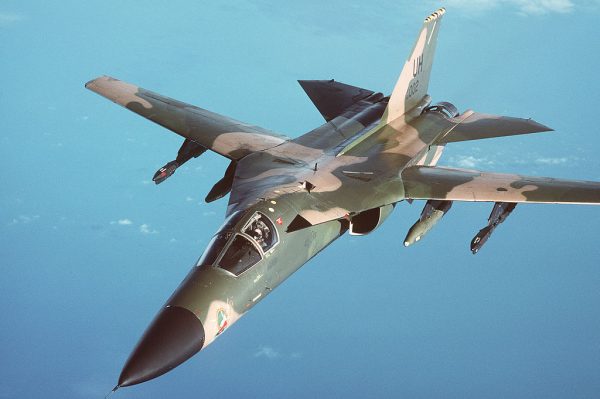