Log In Sign Up
Homepage Civil AviationRAF Tornado F3 pilot tells the story of when he was near scrambled to intercept an Air France Concorde flying at Mach 1.6 over the Falklands

First flown in November 1985, and in training use with No 229 OCU at Coningsby from July 1986, the Tornado F3 entered Squadron service (No 29 Squadron RAF Coningsby) in April 1987, that squadron being declared NATO operational in November 1987 after the usual ‘working up’ period to refine tactics etc. The Tornado successively replaced the Lightning and Phantom squadrons in the air defence role.

As told by Michael Napier in his book RAF Tornado Units in Combat 1992-2019, in July 1992, four Tornado F3s deployed to Mount Pleasant airfield on the Falkland Islands via Ascension Island as replacements for the soon-to-be retired Phantom FGR2s of No 1435 Flight, which had responsibility for the air defence of the Islands. The personnel for No 1435 Flight were seconded to Mount Pleasant from other Tornado F3 units, with groundcrew undertaking a four-month tour and aircrew completing a five-week tour of duty.

Two fully armed aircraft were kept at Readiness 10 (RS10) continuously for 365 days a year, with another crew at RS30. The QRA aircraft were supported by a VC10K tanker. Each Tornado crew worked a ten-day cycle throughout their deployment of alternating 24-hour QRA shifts and days flying training flights in the two non-QRA aircraft, followed by a day off. Sometimes, all four aircraft would be flown together. On these occasions, all four would be armed in the QRA weapons fit, and the first two to land would be refuelled and placed on RS10, whilst the other two would sit ‘airborne QRA’ with a tanker in support.

QRA launches were frequent to intercept Argentinian Boeing 707 or Lockheed Electra Electronic Intelligence (Elint) aircraft, although they invariably remained outside the Falkland Island Control Zone (FICZ). However, sometimes other aircraft blundered into the FICZ, including a USAF WC-135 weather reconnaissance jet that was intercepted on May 25, 1993. During the afternoon of Jan. 19, 1999, Flt Lt R A Macintyre was called to cockpit readiness;

‘Having finished strapping in, I contacted Ops via the aircraft telebrief for a situation-report. We were told an unidentified track was heading towards the Zone from the North. It was very high (66,000 ft) and doing Mach 1.6, but was following an upper air route. We were instructed to standby for further. We remained at cockpit ready for about ten minutes, during which time I considered what type of aircraft this could be, and how we were going to try and intercept it. Then a thought occurred to me, but I discounted it, thinking Ops couldn’t have made such a silly mistake.

‘We were told to revert to RS10. I asked what had happened, but was told Ops would call on the secure landline. Back in the Flight, I answered the phone and immediately said, “That was Concorde, wasn’t it?” “How did you know?” was the reply. “Because there was an article about a South American tour in yesterday’s Daily Telegraph!” “Oh” was the embarrassed response.’

The Air France Concorde had been routeing from Buenos Aries to Ushuaia, on Tierra Del Fuego.

RAF Tornado Units in Combat 1992-2019 is published by Osprey Publishing and is available to order here. 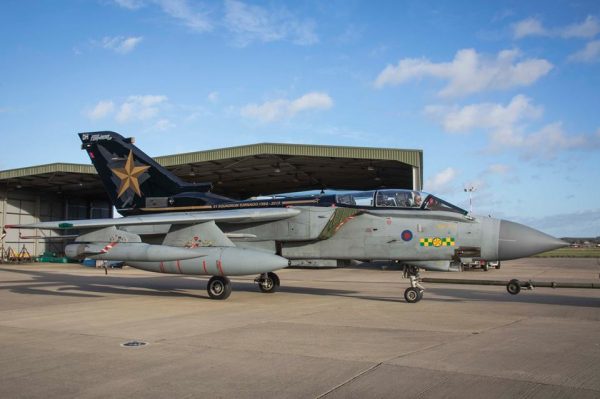 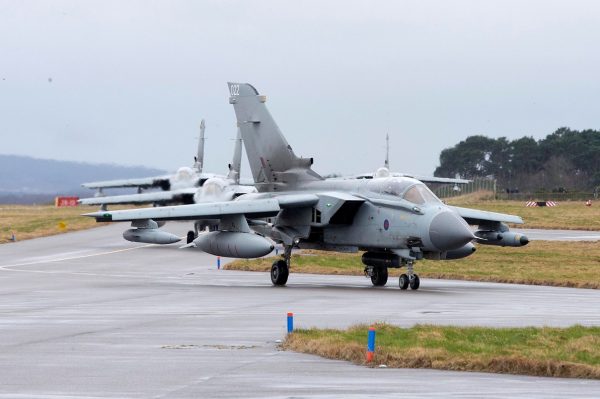