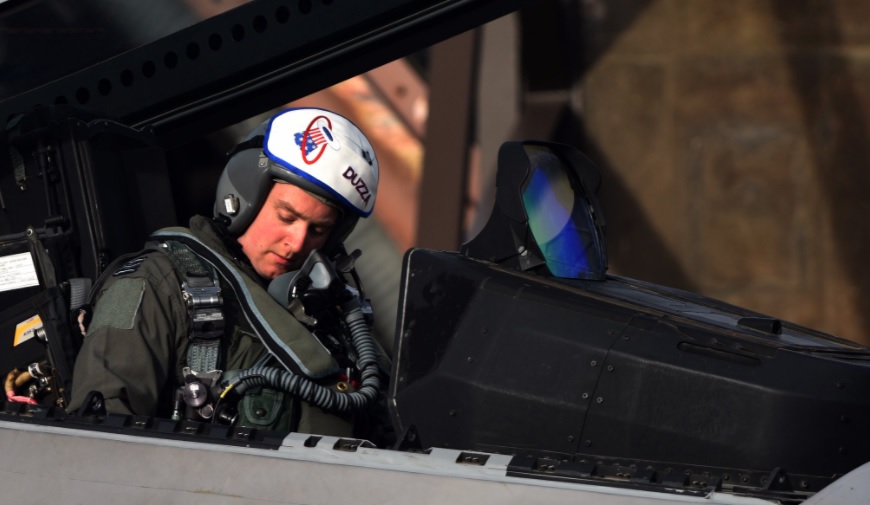 The main photo of this article was posted on USAFE-AFRICA Twitter account and shows a Royal Air Force (RAF) pilot aboard one of the U.S. Air Force (USAF) F-22 Raptor stealth fighters from the 1st Fighter Wing (FW), Joint Base Langley-Eustis, Virginia currently deployed at RAF Lakenheath.

As you can read in the comments of the tweet, to one follower who asked if that depicted in the picture was a RAF pilot, ‘Commander, 1 FW’ answered “Yes, the 94th Fighter Squadron has an exchange pilot from the RAF. Our partnership with the RAF is strong.”

Actually the first RAF pilot to fly the F-22 had been Flt Lt Dan Robinson, who also had the distinction of landing the first Raptor to touch down on U.K. soil in 2008 as part of a three-ship of F-22s which took part in Royal International Air Tattoo (RIAT) and in Farnborough International Airshow. Also an instructor on the U.S. type, Robinson was formerly a qualified weapons instructor on the RAF’s Panavia Tornado F3 fighter.

The pilot exchange program has been an important part of the military relationship between the U.S. and U.K. for many years.

The purpose of the pilot exchange is to embed experienced exchange aircrews within a squadron, allowing them to become part of the host country’s air force for a three-year period. During this time, the exchange pilot has an opportunity to learn about Air Force procedures, tactics and capabilities and learn about the cultural differences between the two countries and their air forces. Exchange aircrews offer the hosting unit a different perspective than what they are used to. 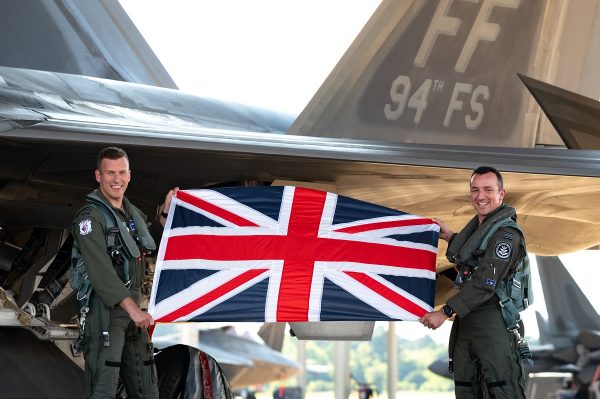 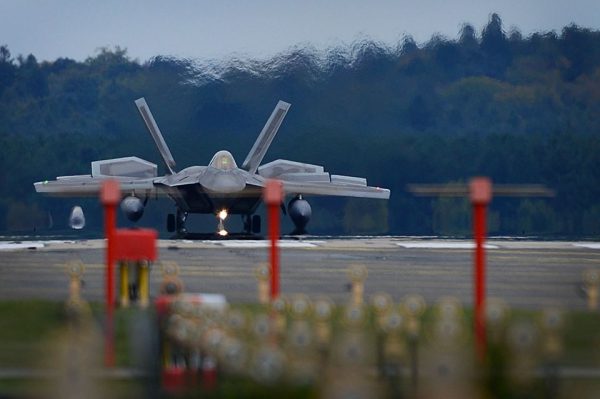