Log In Sign Up
Homepage Aviation HistoryA QUICK LOOK AT HOW YOU COULD FLY AND FIGHT IN THE F-20 TIGERSHARK, THE SUPER LIGHT-FIGHTER THAT NEVER WAS 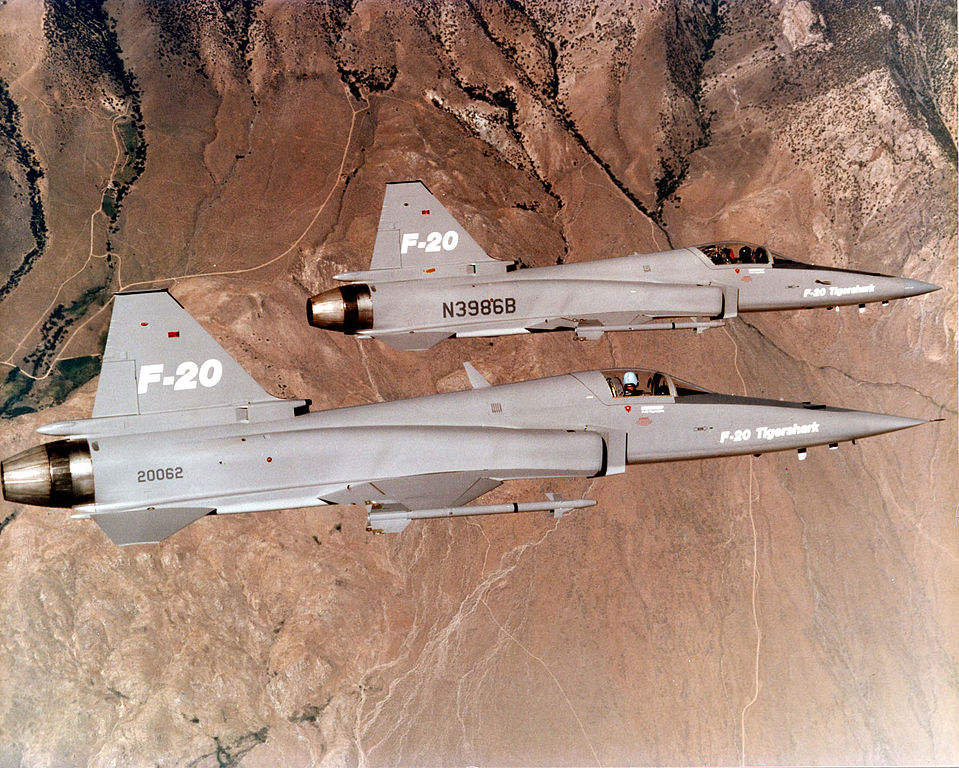 Compared with the F-5E, the F-20 was much faster, gained beyond-visual-range (BVR) air-to-air capability, and had a full suite of air-to-ground modes capable of firing most U.S. weapons

The F-20 Tigershark (initially F-5G) was a privately financed light fighter, designed and built by Northrop. Its development began in 1975. The aircraft which was a further evolution of Northrop’s F-5E Tiger II, was powered by a new engine that greatly improved overall performance, and a modern avionics suite that included a powerful and flexible radar.

Super ace Chuck Yeager, the first pilot to break the sound barrier, once said that “of all the airplanes in the world that I’ve flown, the F-5 is the most fun to fly.”

Compared with the F-5E, the F-20 was much faster, gained beyond-visual-range (BVR) air-to-air capability, and had a full suite of air-to-ground modes capable of firing most U.S. weapons. Thanks to these improvements, the F-20 became competitive with contemporary fighter designs such as the General Dynamics F-16/79 (a modified export-oriented version of the F-16A/B designed for use with the outdated General Electric J79 turbojet engine), but was much less expensive to purchase and operate.

As Author Ehud Yonay explains in the sidebar of his article ‘Top Guns’, from the May 1983 issue of California magazine which inspired the famed Paramount motion picture ‘Top Gun’ (and today available to be read on www.topgunbio.com), “The F-5 is actually a family of planes, starting with the F-5A back in 1964 and culminating last year with the F-5G Tigershark (now called F-20). All are elegant, zippy beauties with body lines so trim they look like canoes with wings. The only fighter plane made in California, the F-5 is an anomaly in the high budget defense business. It is not only small, effective, and easy to repair, but it is also very cheap. The F-5E Tiger IIs used by Top Gun instructors to simulate Russian MiGs cost around $5 million each, and even the top-of-the-line Tigershark lists at only $9 million — one quarter the price of a single F-14 Tomcat. The navy could court-martial anyone it caught showing off the classified cockpit of the F-14, but here’s how to make a hop in an F-20:

1. The stick. Say you’re entering bogey country. To find out what’s ahead, push the air-to-air weapon select button with your right thumb. (This is basically an “on” switch-your head-up display and digital display indicators are now operating.)

2. The throttle. With your left index finger, select “range while search.” A plot (which looks like a radarscope) of the range in question will appear on your right-hand digital display indicator.

3. The right-hand digital display indicator. If there’s a bogey out there, it will appear on this screen as a small black square. To lock your radar onto its tail, press the throttle’s acquisition button until the screen’s acquisition symbol (two parallel vertical lines) brackets the target. Suddenly the acquisition symbol disappears, and a numbered aiming circle appears around the black square – this tells you at a glance how fast, how high, and in what direction the bogey is going.

4. The head-up display. From this point on, you can look straight through your head-up display and see both the real target and the head-up steering circle (which looks like a bull’s-eye) simultaneously.

5. The left-hand digital display indicator. On this screen is a list of your available missiles and gun ammunition. Once you have picked your weapon, maneuver the plane until the head-up display’s steering circle is directly over your target. When you reach the proper range the word SHOOT will flash onto your head-up display. Pull the stick’s missile release or gun trigger with your right index finger. Bingo.”

Much of the F-20’s development was carried out under a U.S. Department of Defense (DoD) project called “FX.” FX sought to develop fighters that would be capable in combat with the latest Soviet aircraft, but excluding sensitive front-line technologies used by the U.S. Air Force (USAF) aircraft. FX was a product of the Carter administration’s military export policies, which aimed to provide foreign nations with high quality equipment without the risk of U.S. front-line technology falling into Soviet hands. Northrop had high hopes for the F-20 in the international market, but policy changes following Ronald Reagan’s election meant the F-20 had to compete for sales against F-16’s latest variants and not the downgraded F-16/79.

The F-20 Tigershark program was abandoned in 1986 after three prototypes had been built (two of which crashed after their pilots blacked out due to excessive g-forces) and a fourth partially completed. 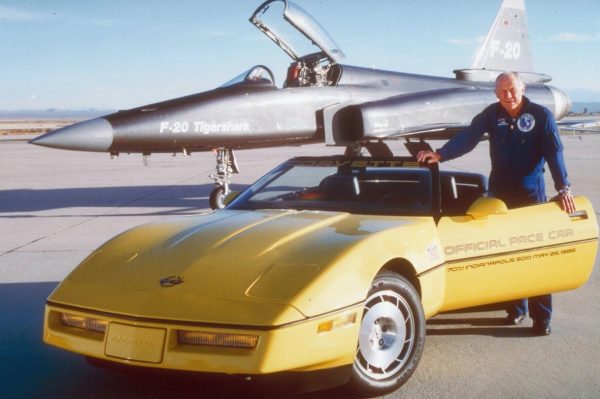 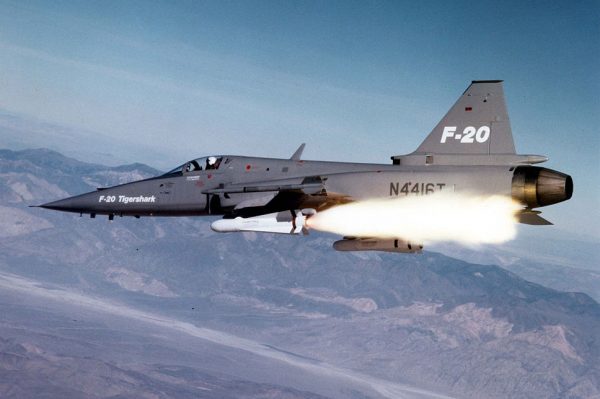 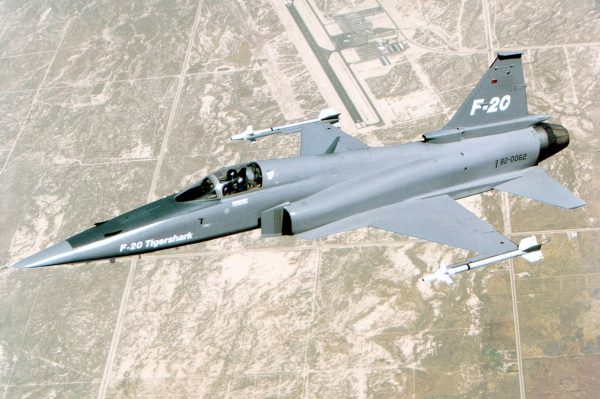 The Dream Machine: here’s how to make a hop in the F-20 Tigershark, the Super Light-Fighter that Never Was