Log In Sign Up
Homepage Cold War EraProject Featherduster: the exercise that proved the F-104 could have been a better MiG killer than the F-4C, F-105D and F-100D 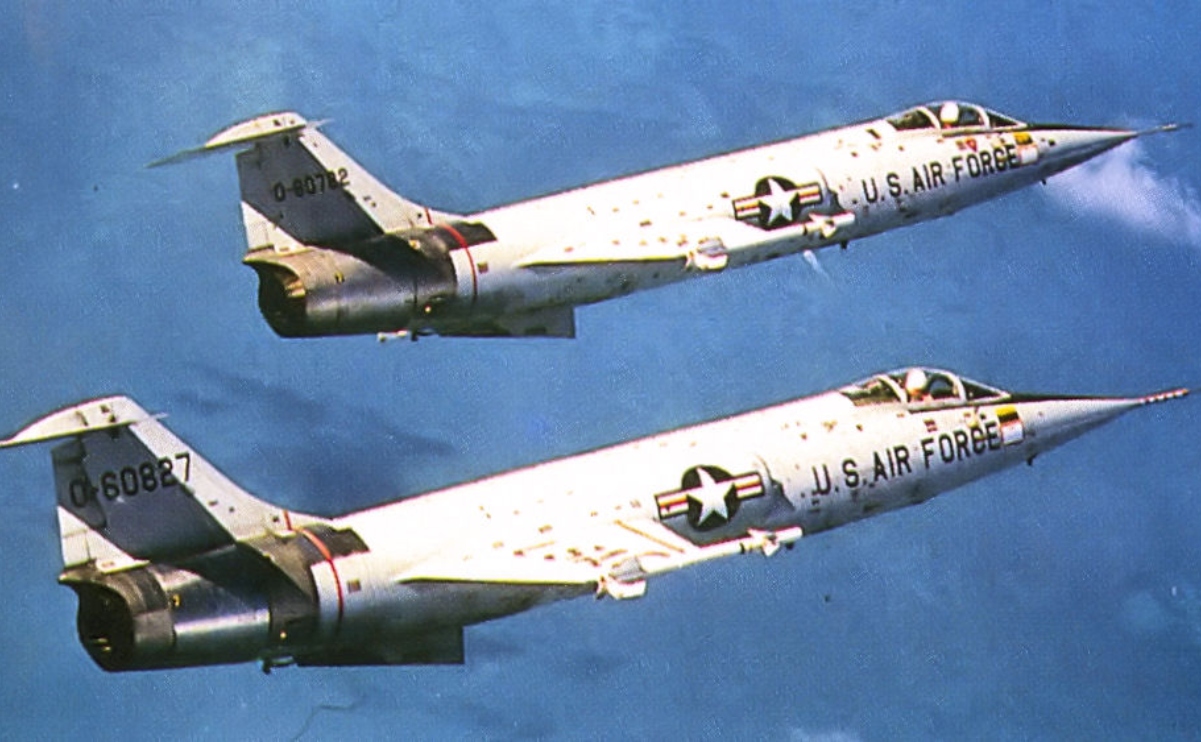 Pilots flying the F-86H in the role of the MiG-17 found that the F-104 was the most challenging of all these adversary fighters even in some high-g turning situations.

Designed as a supersonic superiority fighter, the F-104 Starfighter was produced in two major versions. Armed with a six-barrel M-61 20mm Vulcan cannon, it served as a tactical fighter, and when equipped additionally with heat-seeking Sidewinder missiles, as a day-night interceptor. Development of the F-104 began in 1952, and the first XF-104 made its initial flight in 1954. On May 18, 1958, an F-104A set a world speed record of 1,404.19 mph, and on Dec. 14, 1959, an F-104C set a world altitude record of 103,395 feet. The Starfighter was the first aircraft to hold simultaneous official world records for speed, altitude and time-to-climb.

As explained by Peter E Davies in his book F-104 Starfighter Units in Combat, after the F-104’s service entry air-to-air tactics were developed, ranging from simple single-ship, ‘slash-and-run’ attacks or high ‘yo-yos’ against less-capable adversaries, to more sophisticated coordinated double attack tactics, which at the time were used exclusively by the Starfighter community. Pilots could tailor their tactics to their opponents. Against a lower-performance aircraft like the MiG-17, the F-104 pilot could afford to let speed bleed down to 350 knots in manoeuvres, while a MiG-19 would demand at least 450 knots and a MiG-21 would dictate a 600-knot minimum. Because of the proximity of George Air Force Base (AFB), in California, to Nellis AFB, Nevada, George’s F-104Cs (assigned to TAC’s 479th Tactical Fighter Wing) often supported the USAF’s Fighter Weapon School (FWS) at Nellis as a wildcard threat.

The F-104Cs also participated in the groundbreaking Project Featherduster, which pitted F-86Hs in the role of MiG-17s and F-5As and F-106As in the role of MiG-21s against all USAF fighters for the purpose of evaluating relative performance and tactics development in dissimilar air combat. The F-104’s performance came as a shock to many. On Jul. 1, 1965 the USAF’s 6002nd Standardization and Evaluation Group published the results of Project Featherduster. The aim was to produce updated Series 3 Tactical Manuals for pilots facing MiGs in Vietnam. F-105D, F-100D and F-4C fighters were also included in the 200 aerial engagements.

Pilots flying the F-86H found that the F-104 was the most challenging of all these adversary fighters even in some high-g turning situations. In 16 F-104C sorties it was found that a diving escape manoeuvre in afterburner was the pilot’s best method of defeating an initial gun attack. As an aggressor, the best results came from high-speed surprise attacks, taking advantage of the Starfighter’s low head-on visibility but avoiding attempts to enter a turning fight with the target aircraft.

For Sidewinder attacks the surprise factor was considered crucial, as the missile’s restrictive launch parameters ‘in a manoeuvring situation result in a severe operational limitation for effective utilisation by tactical fighters’. However, in most tests the F-104C showed that it could cope with MiG-17-type aircraft better than the other fighters in the programme, and it regularly beat all the other aircraft involved except in turning engagements at high altitudes.

Against the ‘dogfighting’ F-86H the F-104’s excess thrust gave it better sustained turn rates, and it could turn inside a Sabre in a climb above 300 knots. At low altitude it could turn with the jet at speeds above 270 knots, and although the F-86H pilot could execute snap turns at lower speeds to try and foil an F-104’s tracking, his aircraft rapidly bled off energy, allowing the Starfighter pilot to use the vertical plane to reposition for another attack. This was known as a ‘high yo-yo’, a basic manoeuvre taught to US fighter pilots. An F-86 pilot could use a ‘low yo-yo’ as a counter-move, requiring sufficient altitude to execute it. As the less powerful F-86 bled of energy the pilot had to trade altitude for speed. The dogfight would then gradually move to lower altitudes, where the F-104’s thrust-to-weight ratio advantage increased and the F-86’s larger wings, so effective at higher altitudes, produced excessive drag. These tests produced invaluable data for F-104 pilots in several air forces who would later face MiGs, Hunters, Mystères and other fighters.

‘It is a nice little bird. Goes like a bat and turns well as long as speed is maintained. They don’t, by the way, seem to have any problem doing this. What do our pilots at the FWS think of the airplane after hassling with it? We are considering starting a new course here at the FWS. The title? “How to Hide Envy”.’ 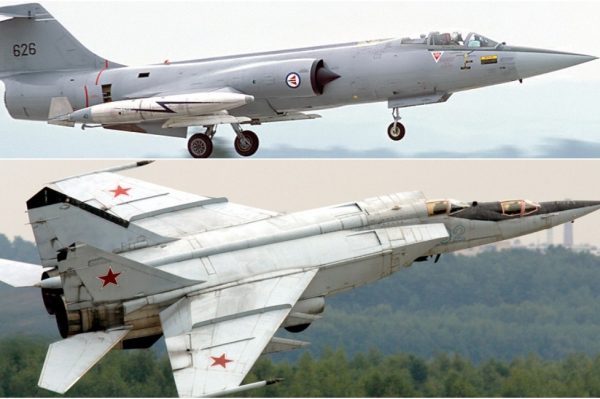