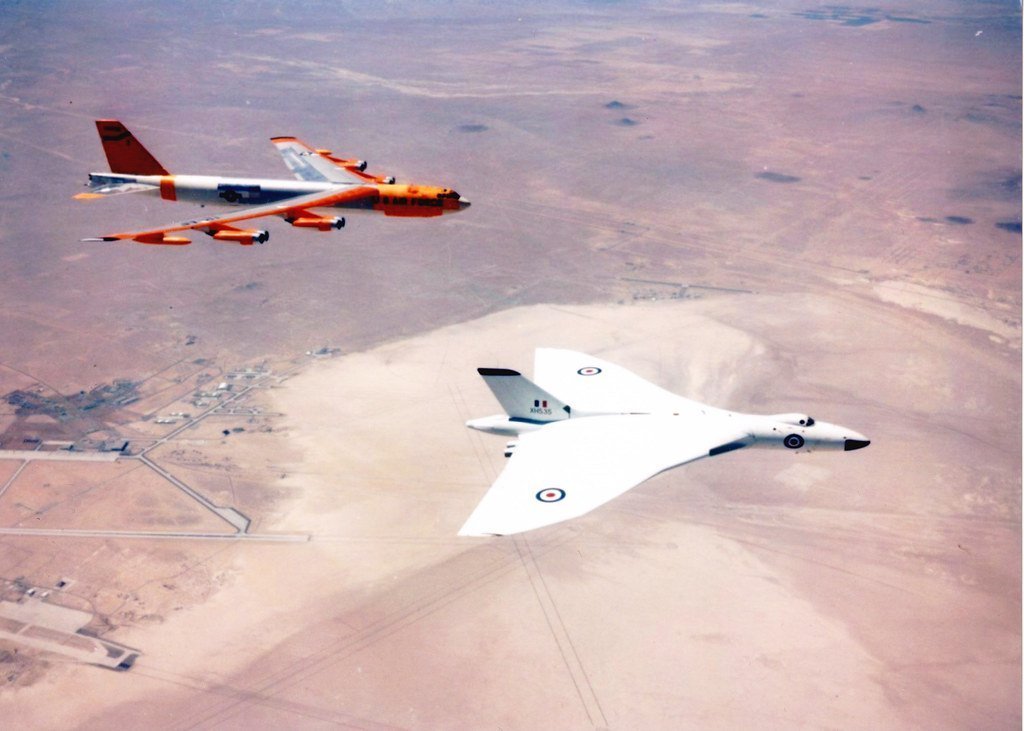 Although SAC had 380 B-52s and 1,367 B-47s by the end of 1958, compared with Britain’s three V-Bombers, it is worth noting that Bomber Command’s contribution to the Allied counter air offensive plans was out of all proportion to the relative size of the SAC and RAF forces.

The strong working relationship between the RAF’s Bomber Command and the USAF’s Strategic Air Command had survived the political ups and downs of the early post-war years and, as the climate improved, so the possibility of co-ordinating nuclear strike plans during the Cold War became a reality. Moves towards co-operation in this field were first made by the British, and in September 1955 the Chief of the Air Staff (CAS) visited the USA with a briefing paper that set out Britain’s objectives. It began by stating, ‘The primary aim of the defence policy of the United Kingdom is to prevent war,’ and went on to say:

`The main instrument for achieving this aim lies in the nuclear capability together with the means of delivery, which is possessed by the United Kingdom and the United States alone. We should achieve a closer association with the United States world-wide in the field of defence strategy. This is particularly important in strategic air operations, where Bomber Command and the Strategic Air Command will be attacking components of the same vast target complex. It follows that unless there is a full exchange of information and a co-ordinated plan of attack, wasteful overlapping and dangerous omissions will result.’

As explained by Tim McLelland in his book The Avro Vulcan Revised Edition, the Chiefs of Staff had tried unsuccessfully to persuade the Americans to begin joint planning for some years, but little progress was made until the USA accepted that the V-Force had become a reality. Finally, agreement was achieved in August 1956 and a team of senior USAF officers was sent to London to discuss the co-ordination of strike plans with Bomber Command. Additionally the USA had also agreed to supply the RAF with atomic weapons as a stop-gap measure, until sufficient British-made bombs could be completed. The bombs would be kept in USAF custody on RAF bases, from where they would be released to the RAF in a wartime emergency. The detailed agreements made in London included references to the general concept of Allied atomic air operations, stating that, in a general war, atomic weapons would be used right from the outset. It was established that an atomic war would probably begin with an initial phase characterised by an intensive exchange of atomic blows, followed by a subsequent exchange of indeterminate duration at a reduced atomic intensity. The ‘Brief Plan of Action’ stated that the Allied counter air offensive would begin with heavy co-ordinated attacks against airfields, logistic facilities, control centres and command headquarters, creating a contraction of forces that would concentrate the surviving enemy aircraft on remaining airfields, enabling SAC and Bomber Command to exploit the vulnerability of such concentrations.

In January 1956 the British Defence Minister, Duncan Sandys, wrote to Charles Wilson, his American counterpart, with a detailed set of proposals. The reply from Wilson was positive, and agreed that arrangements should be made to furnish the Royal Air Force with United States atomic bombs in the event of general war, and to co-ordinate the atomic strike plans of the United States Air Force with the Royal Air Force. However, Wilson also added that ‘the provisions of United States legislation must govern and that the United States cannot engage in a commitment to transfer custody of such weapons to the Royal Air Force other than by Presidential decision in strict accordance with his constitutional and legislative authority’. The supply of American atomic bombs (Project E) was discussed by President Eisenhower and Prime Minister Macmillan when they met at the Bermuda Conference in March 1957. The 1956 Suez Crisis had been a turning point for Anglo-American relations, and the Bermuda meeting marked a significant improvement in mutual confidence between the two countries.

After the conference, Eisenhower outlined his views, stating:

`The United States Government welcome the agreement to co-ordinate the strike plans of the United States and United Kingdom bomber forces, and to store United States nuclear weapons on RAF airfields under United States custody for release subject to decision by the President in an emergency. We understand that for the present at least these weapons will be in the kiloton range. The United Kingdom forces could obviously play a much more effective part in joint strikes if the United States weapons made available to them in emergency were in the megaton range, and it is suggested that this possibility might be examined at the appropriate time.’

Interestingly, America’s willingness not only to co-operate with Britain but actually to supply weapons was a fairly well-kept secret at the time, as the President indicated by saying in his communication to Macmillan:

`With respect to the item “Nuclear bomb release gear for RAF bombers”, I agree of course that you shall probably have to make some statement in order to prevent speculation in the press that might prove not only inaccurate but damaging. However, as I explained to you verbally, the United States would prefer not to be a party to a public statement which might give rise to demands upon us by other Governments where we should not be in a position to meet the requests. Consequently, I suggest the possible adequacy of a unilateral statement by yourself or by the British Defence Minister to the effect that Canberras are now being equipped to carry atomic bombs.’

In fact, Project E covered the supply of atomic bombs not only to the RAF’s Canberra tactical bomber force, but also to the V-Force itself. An Air Ministry meeting in August 1956 reported that the US Government had not given any indication of the numbers of weapons to be supplied, nor were they likely to, but it was believed to be almost certain that the numbers would exceed any delivery capacity that the UK was capable of developing. Records do not indicate when the first E weapons arrived in the UK, but US transport flights began towards the end of 1958, and both Honington and Waddington received the first suitably modified V-Bombers in October of that year.

The supply of American bombs enabled Bomber Command to equip the V-Force with atomic weapons at an earlier date than would have been possible with British weapons, and before 1961 there would otherwise have been an absurd situation in which the RAF possessed more bombers than bombs. However, Project E was a less than perfect solution to Britain’s early problems, chiefly because of American restrictions on the deployment of the weapons. The E weapons could not be distributed throughout Bomber Command, nor could they be dispersed to remote sites from which clutches of V-Bombers would operate during wartime, in order to evade enemy attack.

Consequently Project E was relatively short-lived, and the decision to begin a phase-out was taken on Jul. 7, 1960. Although America was reluctant to disclose how many nuclear bombs were stored at RAF bases, they were equally ambiguous when revealing the nominal yield of each weapon. Eventually it was established that the bombs were largely of a type that would deliver only half the yield that they had previously been thought to possess, which meant that, once British equivalents were available, the greater flexibility they afforded (not least in being `dispersible’) enabled the American weapons to be withdrawn, although the Valiants assigned to Supreme Allied Commander Europe (Saceur) and RAF Germany’s Canberras would continue to carry E weapons.

While Project E progressed, the co-operation between SAC and Bomber Command became much more intimate, as the CAS’s comments relating to a November 1957 meeting indicate:

`Examination of the separate Bomber Command and SAC plans has shown that every Bomber Command target was, understandably, also on SAC’s list for attack and that both Commands had doubled-up strikes on their selected targets to ensure success. A fully integrated plan has now been produced, taking into account Bomber Command’s ability to be on target in the first wave several hours in advance of the main SAC forces from bases in the US. Under the combined plan, the total strategic air forces disposed by the Allies are sufficient to cover all Soviet targets, including airfields and air defence. Bomber Command’s contribution has been given as 92 aircraft by October 1958, increasing to 108 aircraft by June 1959. 106 targets have been allocated to Bomber Command as follows:

a) 69 cities which are centres of government or of other military significance.

b) 17 long-range air force airfields which constitute part of the nuclear threat.

Although SAC had 380 B-52s and 1,367 B-47s by the end of 1958, compared with Britain’s three V-Bombers, it is worth noting that Bomber Command’s contribution to the Allied counter air offensive plans was out of all proportion to the relative size of the SAC and RAF forces. The V-Bombers possessed superior speed and altitude performance, and the RAF’S training and technical expertise was at least as good.

More importantly, although the RAF forces were obviously more vulnerable to air attack, Bomber Command had introduced a dispersal plan that would enable the V-Force to deploy in groups of four or two aircraft to a total of thirty-six airfields scattered around the UK, from where the combined force would be capable of becoming airborne in less than ten minutes. The performance of the V-Bombers, together with Britain’s geographical location, meant that Bomber Command’s aircraft would reach their targets long before SAC’s aircraft would arrive, so the V-Force was, quite literally, very much at the forefront of the West’s nuclear strike capability. 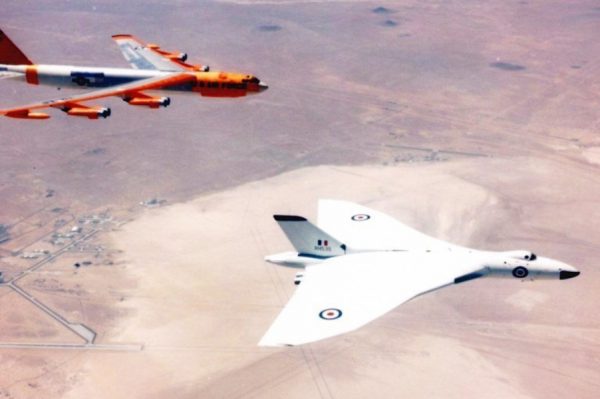 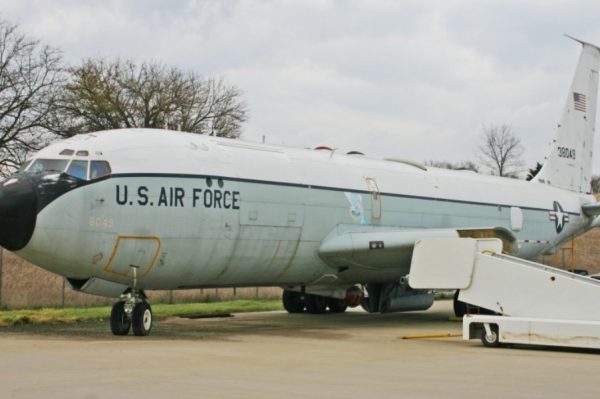 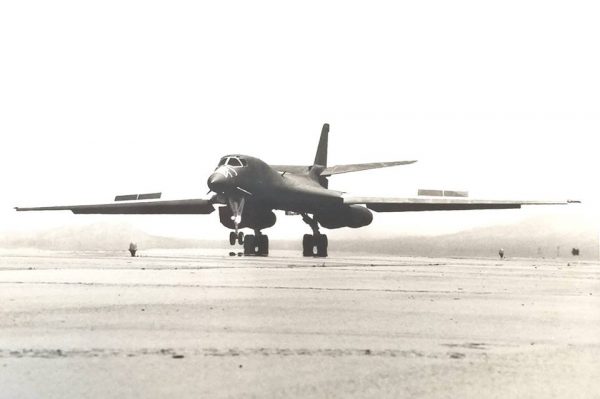