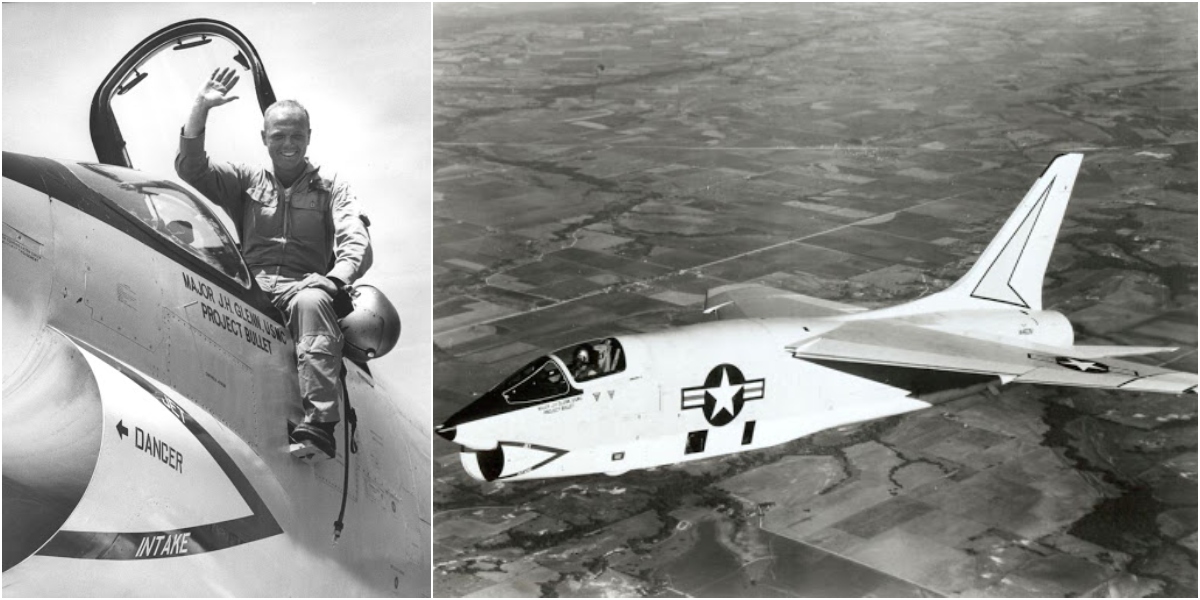 Only a few high-performance fighters have enjoyed simultaneously important combat careers, the secondary role usually being in an area for which they were never intended. High speed usually suggests the tactical-reconnaissance arena.

As told by Peter Mersky in his book RF-8 Crusader Units over Cuba and Vietnam, Vought’s world-beating F8U Crusader, which resurrected the struggling pioneer company’s fortune almost single-handedly, seemed an ideal candidate for major redesign into a fast tactical-reconnaissance platform to essentially replace the Panther and Banshee. It had attracted national attention in July 1957 when John H Glenn flew from California to New York in three hours and twenty-three minutes, averaging 725.55 miles per hour (Mach 1.1).

On Jul. 16, 1957 in fact Marine Major (later Senator) John Glenn became a national hero by setting a new transcontinental air speed record despite three in-flight refuelings during which speeds dropped below 300 mph. Glenn’s on-board reconnaissance camera recorded the first continuous transcontinental panoramic photograph of the US. His flying partner, US Navy Lieutenant Commander Charles Demmler, was forced to abandon the transcontinental speed run after his own F8U-1 Crusader was damaged during in-flight refueling.

‘John Glenn’s Project Bullet flight was aimed to prove that the Pratt & Whitney J-57 engine could tolerate an extended period at combat power – full afterburner – without damage. After the flight, Pratt & Whitney engineers disassembled the J-57 and, based on their examination, determined that the engine could perform in extended combat situations. Accordingly, all power limitations on J-57s were lifted from that day forward.

‘On July 16, 1957, Major Glenn secured his place in aviation history and became an inspiration to thousands of young people in the United States. Project Bullet secured his reputation as one of the country’s top test pilots. He was awarded his fifth Distinguished Flying Cross and, shortly thereafter, was named to NASA’s first astronaut class.’

John Glenn’s Project Bullet RF-8A (F8U-1P was the original designation for the unarmed photographic reconnaissance version of the F8U-1 fighter. It was redesignated RF-8A in 1962) was modified to RF-8G standards during the Vietnam War and issued to VFP-63 and served aboard USS Oriskany (CVA-34).

BuNo 144608 was eventually lost in December 1973 when it hit Oriskany’s rounddown during an approach. The pilot, Lt Thomas B Scott, was rescued, but Glenn’s record setter now lies at the bottom of the South China Sea. 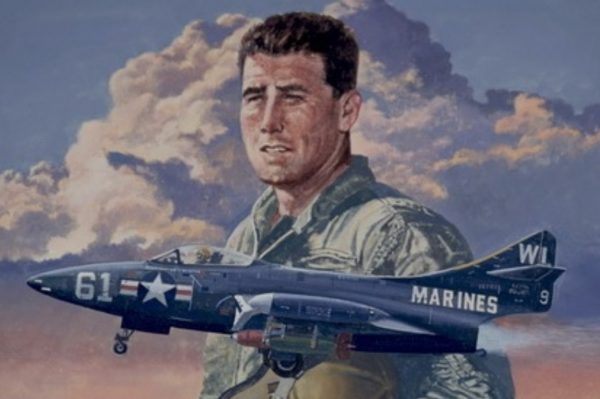 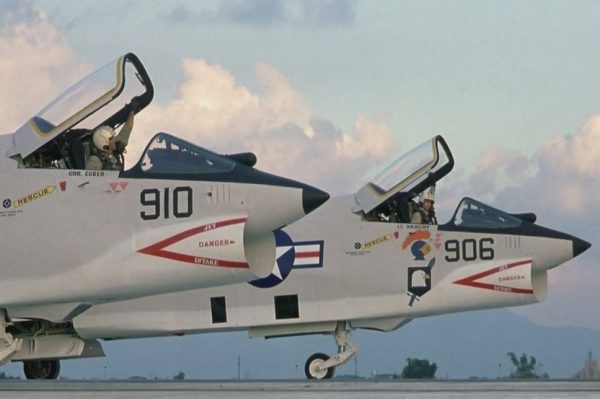 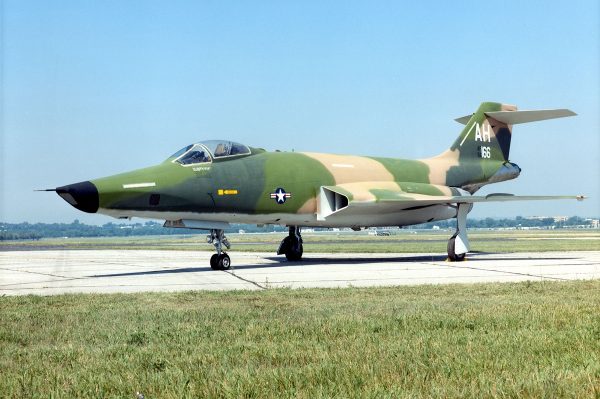