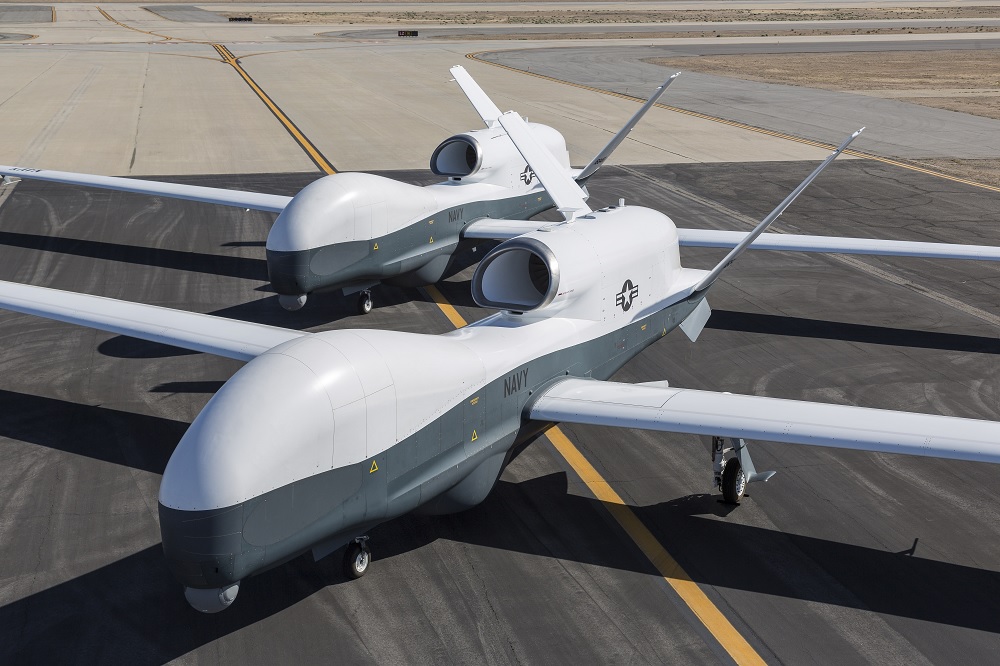 This proposed MQ-4C UAS sale will be a modified version of the U.S. Navy Triton configuration

Germany has requested to buy four MQ-4Cs and the U.S. Defense Security Cooperation Agency has notified Congress on the potential $2.50 billion order.

Germany is one of the major political and economic powers in Europe and NATO and a key partner of the U.S. in ensuring global peace and stability. The proposed sale of the MQ-4C Triton will support legitimate national security requirements and significantly enhance Germany’s intelligence, surveillance, and reconnaissance (ISR) capabilities and the overall collective security of the European Union and NATO.

The prime contractor will be Northrop Grumman Corporation Rancho Bernardo, CA, responsible for integration, installation and functional platform compatibility testing of the payload. Airbus Defence and Space, located in Germany, will be the prime contractor to Germany for the development and manufacturing, and will be responsible for the functional test, end-to-end test and installed performance.

Based on the proven Global Hawk UAS, Triton’s autonomous operations are supported by land-based command and control mission planners and sensor operators. Triton will be equipped with a unique and robust mission sensor suite that provides 360-degree coverage on all sensors, providing unprecedented maritime domain awareness for the U.S. Navy.

Triton also incorporates a reinforced airframe, for increased internal payload, and wing for hail, bird strike, and gust load protection, along with de-icing and lightning protection systems. These features allow the aircraft to descend and ascend through harsh maritime weather environments to gain a closer view of ships and other targets at sea when needed.

Triton is able to support a wide range of missions including maritime ISR patrol, signals intelligence, search and rescue and communications relay. The aircraft can fly over 24 hours at a time, at altitudes higher than 10 miles, with an operational range of 8,200 nautical miles.