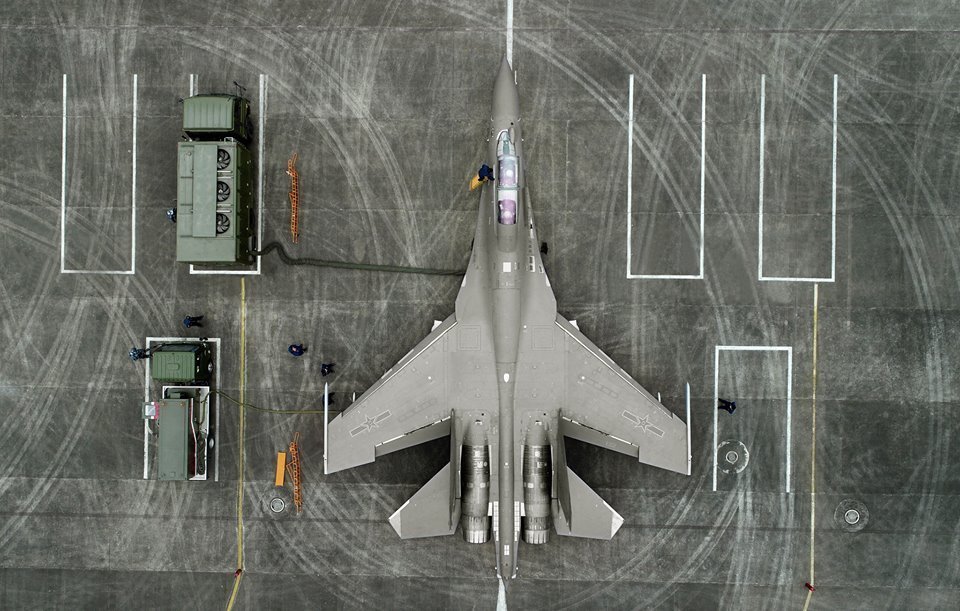 “The silver-gray painting covering the J-16 is a kind of cloaking coating that gives the warplane a certain stealth capability,” PLAAF Brigade commander Jiang Jiaji.

The interesting photo in this post shows a People’s Liberation Army Air Force (PLAAF) Shenyang J-16 fighter jet wearing a new silver-gray scheme which according to Chinese sources is able to give the aircraft a certain stealth capability.

“Brigade commander Jiang Jiaji, the first pilot to win the PLA’s Golden Helmet competition three times, told CCTV at the exercise that the silver-gray painting covering the J-16 is a kind of cloaking coating that gives the warplane a certain stealth capability, making it nearly invisible to the naked eye and electromagnetic devices,” China’s state owned Global Times reported in January.

A claim confirmed by Fu Qianshao, a Chinese air defense expert, who told the Global Times “that the aerodynamic design of the J-16 stresses maneuverability rather than stealth, but the coating can make it more difficult to detect.

“The stealth coating can reduce detection of the J-16 by radar. The jet’s camouflaged coloring makes the aircraft blend into the sky and sea, so that the enemy will only recognize it at close range, giving it a huge advantage in combat,” Fu said.

Tall claims or facts, you decide.

The J-16 is a reverse-engineered J-11BS and is an indigenous fighter-bomber equivalent to the Su-30MKK. As told by Andreas Rupprecht and Tom Cooper in their book Modern Chinese Warplanes, the J-16 reportedly performed its maiden flight in October 2011, but the first sample of the aircraft (with serial number 1601) was only spotted in September 2012. In contrast to the J-11BS it features twin-wheel nose gear, refueling probe and the taller vertical fins of the Su-30MKK (albeit with the standard ‘clipped’ fin tips).