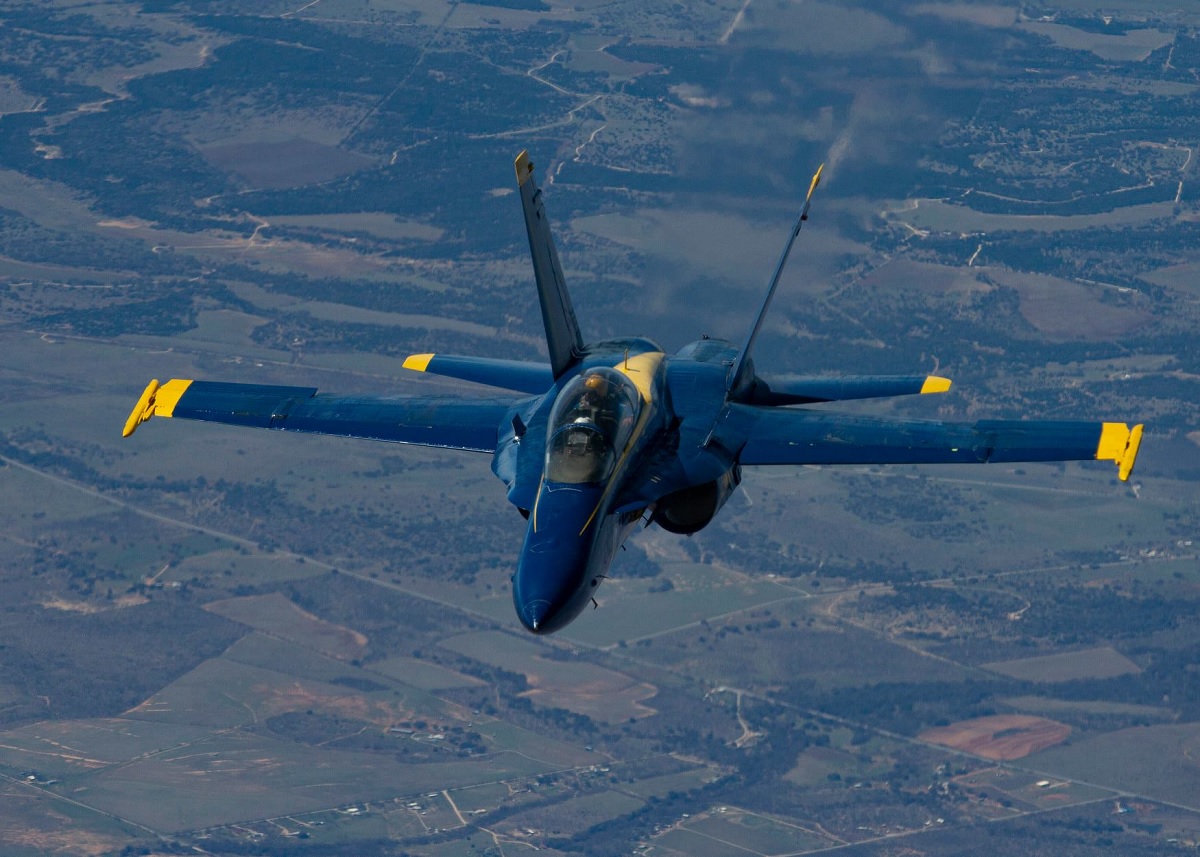 As shown by the main image of this post, the team is still flying one F/A-18 tandem seat Legacy Hornet.

Posted on Mar. 15, 2021 by 151st Air Refueling Wing on its Facebook page, the interesting photos in this post show a unit KC-135 Stratotanker delivering fuel to Blue Angels F/A-18s getting back home to Naval Air Station (NAS) Pensacola after they spent the last 3-months training at the team’s winter training facility at Naval Air Facility (NAF) El Centro.

Noteworthy, as shown by the main image of this post and as indicated by the arrow in the photo below, the team is still flying one F/A-18 tandem seat Legacy Hornet (the other twin seat F/A-18 trailing the formation appears to be an F/A-18F Super Hornet). If you know why the team is still flying one Legacy Hornet please contact us: we would like to update the post or writing a new one with your info.

As we have previously reported, in 2018 Boeing was awarded $17 million to convert nine F/A-18E and two F/A-18F Super Hornet aircraft into Blue Angel demonstration aircraft to replace the squadron’s McDonnell Douglas F/A-18 Hornets. Two seat Blue Angels are often used for backseat ride-along flights for members of the news media and “key influencers” – people the US Navy sees as unofficial recruiters.

While the US Air Force (USAF) aircraft fleet primarily utilizes a receptacle at the end of a telescoping boom to transfer fuel during mid-air refueling, the aircraft of the US Navy, including the F/A-18s assigned to the US Navy Blue Angels, use what’s called a “Probe and Drogue” to deliver fuel. The KC-135 Stratotanker is capable of performing both methods.