While the flights were intensive and instructive, he noted the tests were not a fly-off.

The Pentagon finished comparative testing of the U.S. Air Force (USAF) F-35 and A-10 to measure their performance in combat search-and-rescue (CSAR), close air support (CAS), and airborne forward air control (FAC(A)) missions wrapped up earlier this spring. As the Pentagon’s top weapons tester said on Apr. 30, 2019, comparative testing should spur conversations about how best to partner fourth- and fifth-generation aircraft in combat.

As we have previously reported, the 2016 and 2017 National Defense Authorization Acts ban the Air Force from retiring or divesting A-10s until the F-35 is vetted to see how well it can perform the Warthog’s missions.

About two-thirds of the testing was done last year, and the aircraft returned in March for a final look, according to Robert Behler, the Defense Department’s director of operational test and evaluation. While the flights were intensive and instructive, he noted the tests were not a fly-off.

According to Air Force Magazine, testers pitted the planes against anti-aircraft weapons, man-portable air defense systems, and moving targets like radar-guided surface-to-air missiles, Behler told the House Armed Services tactical air and land forces subcommittee. Each aircraft flew during the day and night, and were vetted in urban environments. One segment involved a downed crew member and required collaboration with other platforms like the HH-60.

As anticipated, the F-35 proved to be a valuable CAS asset, according to prepared testimony submitted by Air Force Acquisition Executive Will Roper.

“The F-35, as we expected, has a big advantage in a high-threat scenario where the stealth and sensor fusion really help,” Behler added. “In a lesser threat environment, we were able to put more weapons on the wings of the F-35, so we were able to get much better loads on the aircraft.”

Comparatively, the A-10 performed well with more fuel and more weapons in a low-threat environment.

“One thing that can’t be overlooked is that there’s 40 years of experience close to the ground with the A-10,” Behler said. “Training really matters. We had, in the second part of the testing in March, we had former A-10 pilots that are now part of the F-35 force.”

The full report is due to Congress at the end of the year. 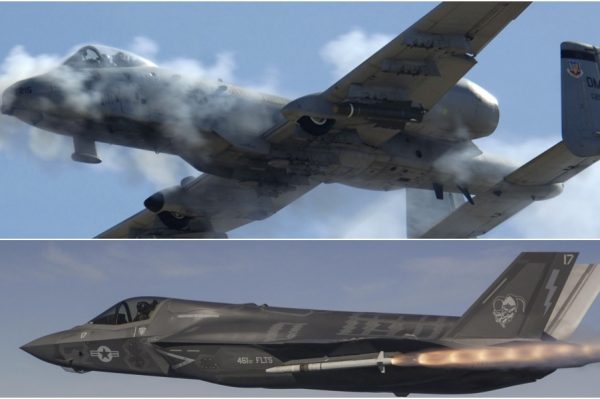