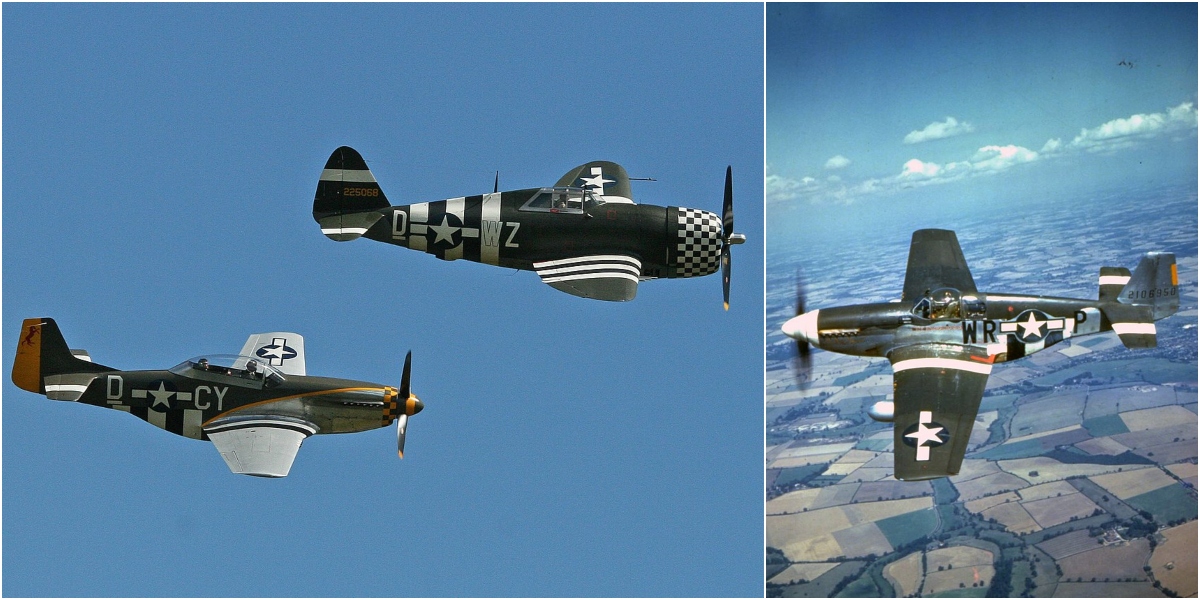 The P-47 began the destruction of the Luftwaffe, the P-51D would complete the job. But without the P-51B air war might well have been lost.

The P-47 Thunderbolt had played a key role in the war of attrition waged against the Luftwaffe, but its limited range meant that industrial sites producing major components for the German war machine were beyond the range of fighter escort. As explained by Chris Bucholtz in his book P-51B/C Mustang Northwest Europe 1943–44, until August 1943, the Thunderbolt had a range of just 230 miles using a 75-gallon belly tank – an improvement over its initial 125-mile range on internal fuel alone. By September, the locally sourced 108-gallon pressed paper tanks stretched the range to 275 miles when one was used, allowing P-47s to escort bombers just beyond Paris. With two such tanks, Thunderbolts could cover 350 miles, which meant they could travel to Bremen and back.

The Thunderbolt could accommodate 305 gallons of fuel internally, while the P-51B-1 carried only 184. That changed for the latter fighter with the addition of the fuselage tank, which brought the Mustang’s internal capacity to 269 gallons. And with two 108-gallon tanks under the wings, the Mustang could fly 750 miles – twice the distance of the Thunderbolt, putting Berlin well within range and letting Mustangs travel from England all the way to Vienna and back.

The fuselage tank introduced its own challenges for pilots, however. It had to be used first because a loaded tank caused severe center-of-gravity issues that could prove fatal during hard maneuvers. Despite this drawback, it enabled the Mustang to stay with Eighth Air Force bombers all the way to the target and back. P-51B-1 and B-5 aircraft were retrofitted with the fuselage tanks at aviation depots in Britain, becoming P-51B-7s in the process. Tank-equipped Mustangs were identified by a small white cross (later, a black cross on aircraft in natural metal finish) painted below the aircraft identification block beneath the windscreen.

The Thunderbolt had a firepower advantage over the P-51B, its eight 0.50-cal. machine guns being loaded with a maximum of 475 rounds each (although 200 was more common for weight reasons when flying long range escort missions). While the ‘wallop’ provided by eight Browning M2s proved very useful in ground attack missions, it was not uncommon for Thunderbolts escorting bombers to fly with two or even four guns removed or unloaded in order to increase the fighters’ range. The B-model Mustang had four 0.50-cal. weapons, with 250 rounds for the inboard guns and 350 rounds for the outboard M2s, meaning that in practice the P-51B on escort missions typically had the same amount of ammunition as the Thunderbolt in bomber escort configuration with guns removed and a reduced number of rounds.

The Mustang also had advantages over the P-47 both in respect to its rate of climb and maneuverability, making the aircraft the preference of most VIII Fighter Command pilots. When Lt Col Don Blakeslee returned to the 4th FG at Debden from his missions with the 354th (Blakeslee took part in the first Mustang mission over Germany on Dec. 11, 1943 flying wing for 354th FG CO Col Kenneth Martin. Blakeslee, who would be named as the new CO of the 4th FG on Jan. 1, 1944), he immediately started pressing for the P-51B, and the group duly converted to Mustangs in February 1944. The 357th entered combat with the P-51B that same month. In April the 352nd, 355th, and 359th FGs traded their Thunderbolts for Mustangs, while the 339th made its combat debut with the P-51B at the very end of that month. The P-47-equipped 361st FG also converted to the Mustang in May 1944, giving the Eighth Air Force control over nine Mustang-equipped groups by D-Day.

Developed from the P-51B, the P-51D incorporated several improvements, and it became the Mustang’s most numerous variant with nearly 8,000 being built.

Actually, even before the P-51B entered combat, the best iteration of the Mustang to enter service during World War II was making its first flights. In February 1943, NAA produced a document that outlined its initial vision for the D-model Mustang. Issues identified in testing – and subsequently put on full display in combat – were dealt with in the specification. The wheel wells and gear doors were redesigned, with a leading-edge extension at the wing root to accommodate them. The four-gun armament of the P-51B/C was upgraded to six guns in the P-51D. The wing itself would be lowered by three inches and strengthened.

The P-51D’s most distinctive features, the bubble canopy and cut-down rear fuselage, were not part of the original specification. The D-model was initially intended to have the same birdcage canopy as earlier Mustangs. Work on these features did not begin until July 1943, and were first applied to P-51B 42-12102, which proved the value of the arrangement, especially for rearward visibility.

The first P-51D was delivered to the USAAF in February 1944, and as production ramped up, deliveries to the ETO started around the time of D-Day. The D-model was warmly received. While the P-51B had a slightly faster top speed (441mph versus 437mph), the increased firepower and reliability and vastly improved visibility made a great aircraft even greater.

NAA’s production rate grew significantly. As a result, by the end of 1944, six more USAAF Mustang groups were ranging across northern Europe, making 12 attached to the Eighth Air Force (the 354th briefly switched to the P-47 in November–December). With arguably the finest fighter in the theater in overwhelming numbers, the USAAF made good on Gen “Hap” Arnold’s order to destroy the Luftwaffe. Mustangs accounted for more than 6,000 German aircraft destroyed in the air and on the ground in just 18 months of combat.

The P-47 Thunderbolt had begun the destruction of the Luftwaffe, and the P-51D would complete the job. But without the P-51B, and the men who designed and flew it, the air war might well have been lost.

P-51B/C Mustang Northwest Europe 1943–44 is published by Osprey Publishing and is available to order here. 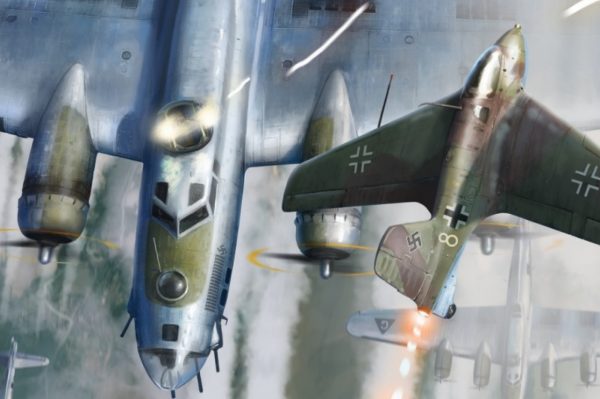 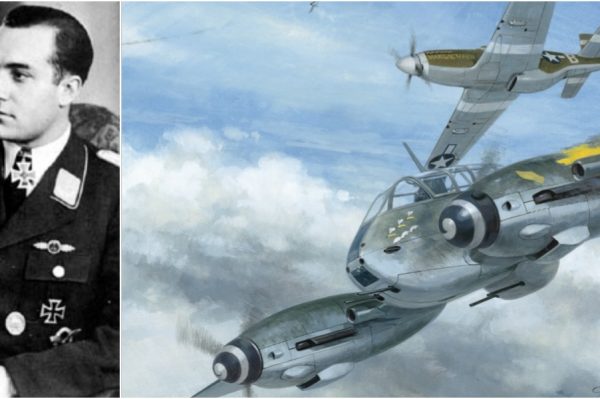