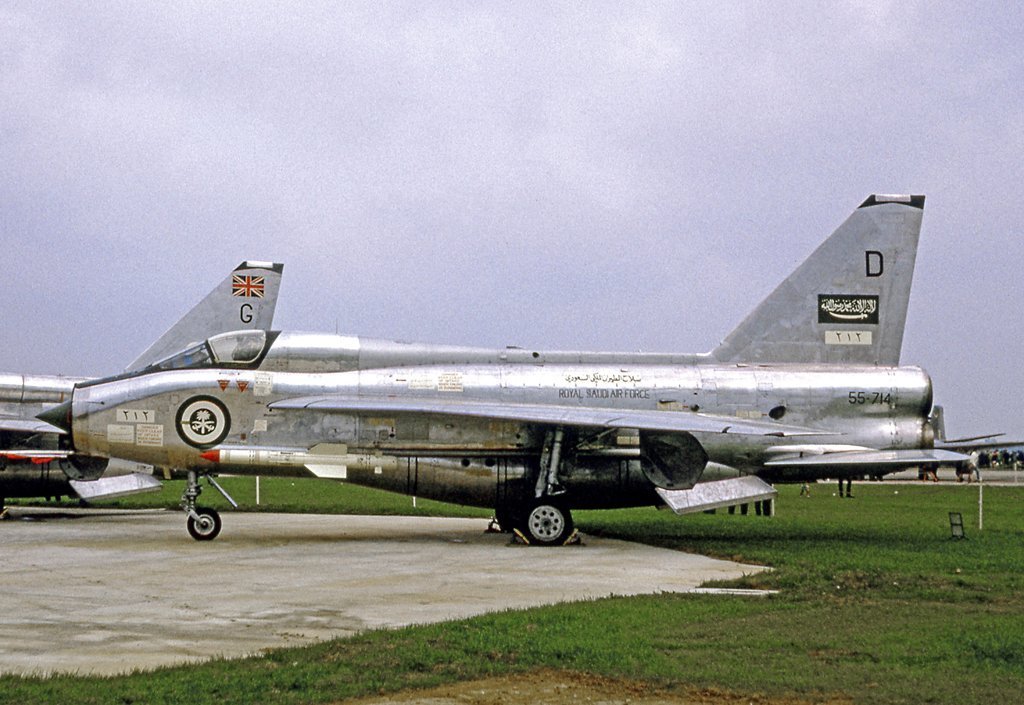 Following lengthy negotiation in January 1966 Saudi Arabia signed a contract worth US$154 million with the British Aircraft Corporation (BAC) and Airwork Services Ltd (UK), for a purchase of six BAC Lightning interceptors (including four single-seaters and two two-seaters), and a battery with eight launchers for British-made Thunderbird Mk I surface to-air missiles (SAMs). Another contract — stipulating deliveries of 22 additional Lightning F.Mk 53s and a similar number of BAC Strikemaster training jets and light strikers — was signed several months later. The resulting enterprise, including deliveries and working up of RSAF units that operated this equipment, became known under the codename ‘Magic Carpet’.

As told by Tom Cooper in his book Hot Skies Over Yemen Volume 1: Aerial Warfare over the Southern Arabian Peninsula, 1962-1994, the Saudis had barely enough personnel to run existing RSAF units and nobody qualified to fly and operate the British fighters. In order to accelerate this process, and because Riyadh and London remained determined to continue disturbing the Egyptians during the 1962-1967 Yemen Civil War, a decision was taken to add four ex-RAF Hunter F.Mk 6s — all refurbished and brought up to a standard designated F. Mk 60 — and two two-seat T.Mk 7s to the contract. These aircraft were to be operated by contracted British personnel, with a number of ex-RAF (British and Commonwealth) pilots and ground personnel recruited by the English businessman Geoffrey Edwards.

The Hunters arrived in Riyadh in May 1966, together with mercenary pilots (contracted pilots were originally offered £4,000 annually, a considerable sum of money in 1966; later on they got £10,000!) who established themselves as No. 6 Squadron.

Deliveries of Lightnings to the Royal Saudi Air Force (RSAF) began on Aug. 7, 1967, when the first single-seater and two-seater arrived at Khamis Mushayt AB. However, the aircraft in question were not the F.Mk 53s originally ordered by Riyadh: these were in the process of construction. Instead, the British rushed five ex-RAF F.Mk 2s and a single T.Mk 4 to Saudi Arabia.

Two additional single-seaters arrived on Aug. 9, 1967, followed by two others about a week later. While immediately assigned to 6 Squadron, their crews could not work-up on the type due to lack of Avpin-fuelled starters, which had to be adjusted to airfield altitude before entering service. This problem had been solved by August, when two aircraft made a celebratory low pass over their new home (breaking several windows in the process, causing cement rendering to fall off walls and even waking up the Saudi crash crew sleeping in their tent near the control tower). During the night of Sep. 16-17, the British CO of No. 6 Squadron ordered his unit on alert for the first time, when the local radar station tracked a Yemeni aircraft underway directly above Khamis Mushayt at medium altitude. A Thunderbird SAM was fired, but without result: after passing overhead, the aircraft turned and flew away towards the Red Sea. Three days later, on Sep. 20, British pilot Peter Hay crashed the Lightning F.Mk. 52 during take-off from Khamis Mushayt AB. Hay ejected in time but suffered injuries to his back.

On Oct. 1, the supplies of Avpin for the RSAF’s Lightnings deployed at Khamis Mushayt ran out, followed – several days later – by those for Hunters. After an urgent request for resupply, both were back in action by the middle of the month, by which time a small liquid oxygen plant had been installed at Khamis Mushayt, solving the problem once and for all. Nevertheless, another problem emerged when the British pilots assigned to No. 6 Squadron found out that the RSAF personnel selected for flying and maintaining the Lightnings were in need of much more training than originally thought, and that this job would require additional contract crews. Eventually, Airwork was forced to not only recruit additional British and Pakistani mercenaries to fly and service the Lightnings, but also to establish the comprehensive infrastructure required to operate this type in Saudi Arabia.

Although a Saudi lieutenant was nominally made CO of No. 6 Squadron, RSAF, in November 1967, British pilots still had the ‘final say’ – even more so once the unit was officially declared operational, a month later. On Jan. 13, 1968, a single Lightning was scrambled – followed by a Hunter – after an unknown aircraft overflew Jizan, but both failed to make any contact. Similarly, although the Saudi generals discussed a possible strike on Yemeni air bases, no such mission was ever flown. On the contrary: later that month the CO of No. 6 Squadron received an order for his pilots to he held on 24-hour standby – not in order to defend Khamis Mushayt, but to be ready to evacuate their aircraft should the area come under attack. The Soviet presence in Yemen was obviously having a serious effect.

By the time ‘Operation Magic Carpet’ was officially ended, on Mar. 31, 1968, the RSAF interceptors based at Khamis Mushayt AB flew very little: barely enough to keep their pilots current on Lightnings and Hunters. Unsurprisingly, one of the single-seaters was written off on Nov. 28, that year when a Saudi pilot, Major Essa Ghimlas, crashed at Khamis while practicing a single-engine approach.

Hot Skies Over Yemen Volume 1: Aerial Warfare over the Southern Arabian Peninsula, 1962-1994 is published by Helion & Company Limited and is available to order here.