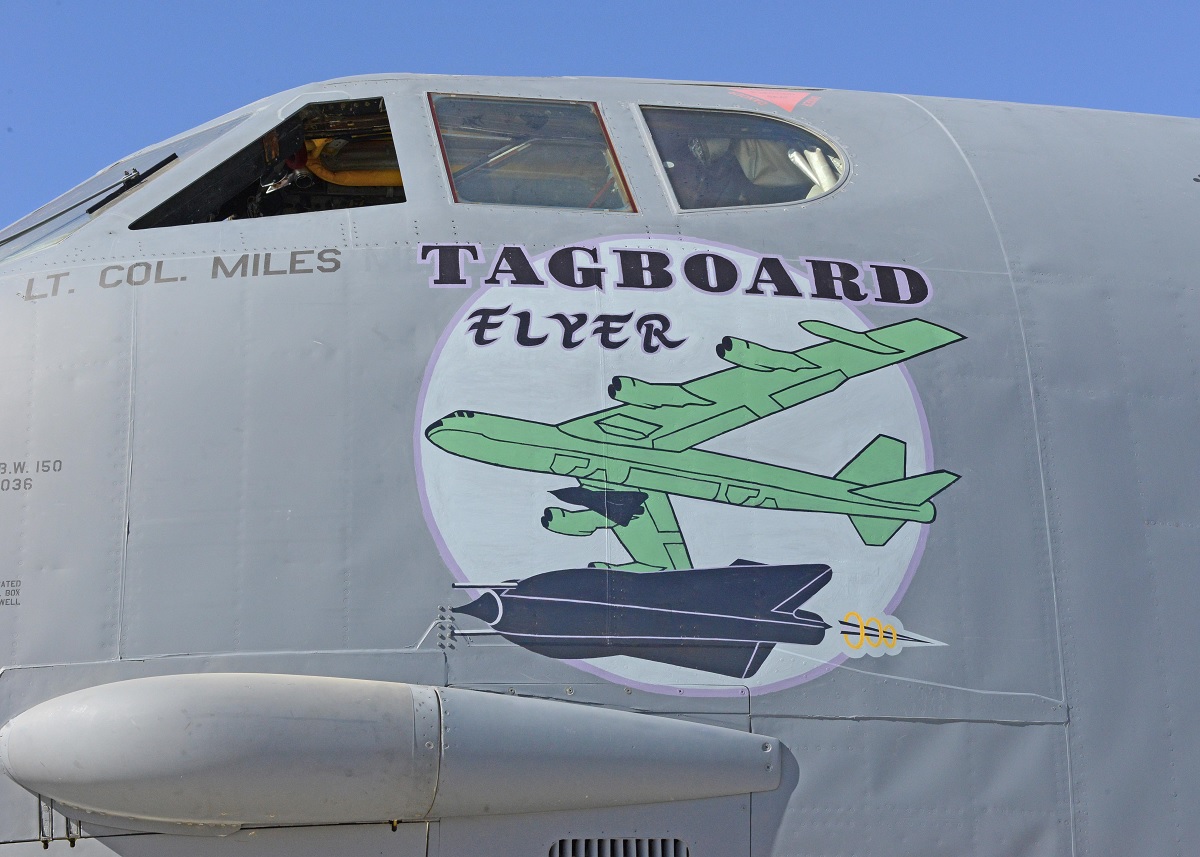 Renowned aviation artist Mike Machat was commissioned by the 412th Test Wing at Edwards Air Force Base (AFB) for a nose art to commemorate the 50th anniversary of Lockheed D-21 supersonic reconnaissance drone.

As explained by Kenji Thuloweit, 412th Test Wing Public Affairs, in the article Nose art pays tribute to B-52’s top secret past, about 50 years ago, the aircraft was used in a top secret test program named Tagboard. The program, which has since been declassified, was aimed to test the D-21, a Mach 3 ramjet-powered reconnaissance drone.

“Lt. Col. Middleton (419th FLTS commander) brought the original artwork on the nose of aircraft 0036 to the maintenance unit’s attention,” said Peralta. “Since we had recently went through the process of getting approval and the painting completed on the B-1 to honor Desert High School, our AMU sought approval to restore the original artwork from the 60s and 70s because of its historical significance.”

According to Air Force Test Center History Office documents, all manned flights over the Soviet Union were discontinued by President Dwight Eisenhower after Francis Gary Powers’ U-2 spy plane was shot down May 1, 1960. However even if the U.S. government was planning on using satellites for reconnaissance, the technology was still a few years away and the Central Intelligence Agency determined unmanned drones could fill the gap until satellites became viable.

The D-21 required a mothership to launch given its ramjet engine, which needed to be air-launched at a certain speed to activate. Initially, Lockheed testers used an M-21 (essentially a modified SR-71 Blackbird) to air launch the D-21 drone. The D-21 would be launched from the back of the M-21. Ideally, after conducting its reconnaissance mission it would eject a hatch with photo equipment to be recovered either mid-air or after the hatch landed.

After the accident, the M-21 launch program was cancelled but testers still believed the D-21 would make a valuable reconnaissance vehicle and decided to launch the drone from B-52Hs, one being #0036. The new code name for the D-21 project became Senior Bowl.

As told by Thuloweit, after several failed launch attempts, the first successful D-21 launch from a B-52 occurred on Jun. 16, 1968. The drone flew 3,000 miles at 90,000 feet. After a few more flight tests, the CIA and the Air Force decided to conduct four operational launches that all ended in failure in some way. Two flights were successful, however the imagery could not be recovered from the D-21’s hatch. The other two operational flights ended with one being lost in a heavily defended area and the other D-21 simply disappeared after launch.

The D-21 program was cancelled Jul. 15, 1971, and both B-52s used for the program were returned to operational Air Force units. 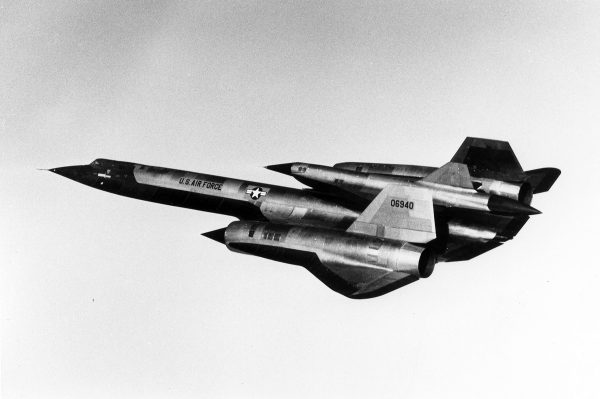 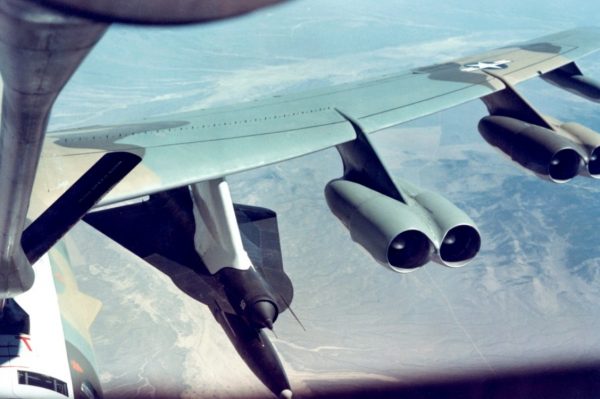 Tagboard Flyers: the story of the B-52 bombers that carried the D-21 Mach 3 ramjet-powered reconnaissance drones 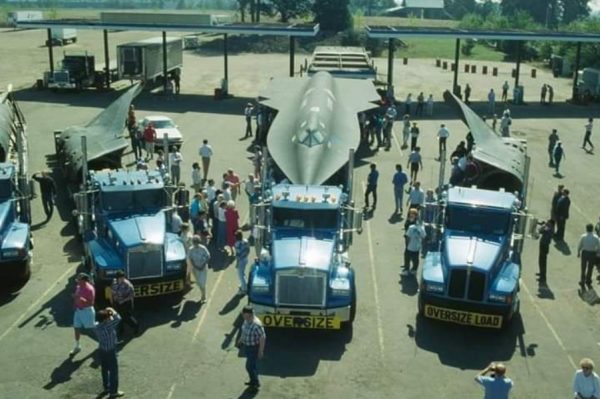