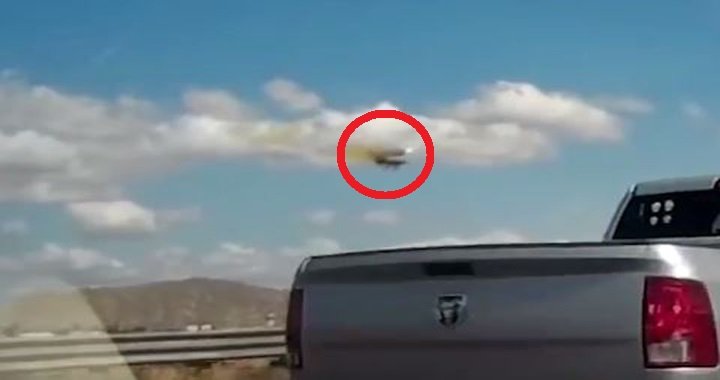 The F-16 from 114th FW pancaked onto the roof of the warehouse near March ARB. The pilot ejected and was hospitalized.

The video in this post is a new dashcam footage which captures the moment a pilot from 144th Fighter Wing (FW) ejected from an F-16  belonging to the 114th FW just before his fighter jet crashed into a warehouse near March Air Reserve Base (ARB) in Southern California on May 16, 2019.

The F-16 pancaked onto the roof of the warehouse. The pilot ejected and was hospitalized.

Noteworthy the F-16 was armed with live munitions. “The NORAD alert aircraft was flying with a standard armament configuration as part of its Operation Noble Eagle commitments,” a defense official said to ABC, referring to the name of the NORAD alert mission to protect the nation’s skies following the 9/11 attacks.

March ARB is used as a deployment base for different ANG units that are tasked with the defense of US air space, specifically California’s. One unit regularly tasked with this assignment at March is the 114th FW of the South Dakota Air National Guard that flies the F-16C.

The mission of the 114th FW is to deploy worldwide and execute directed tactical fighter sorties to destroy enemy forces, supplies, equipment, communications systems and installations with conventional weapons, or when directed by the Governor to protect life and property, preserve peace, order and public safety. 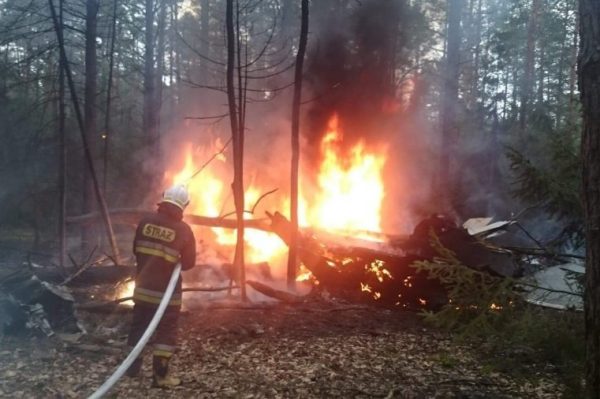 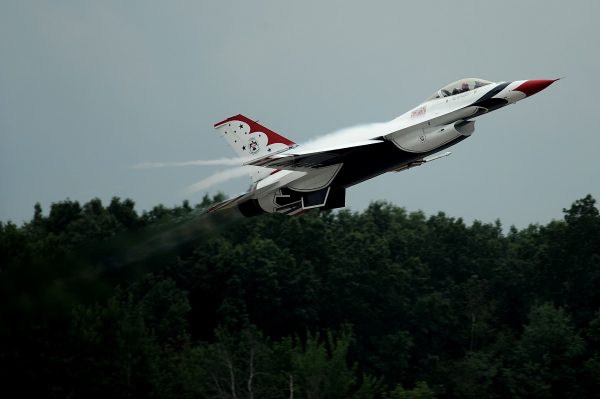