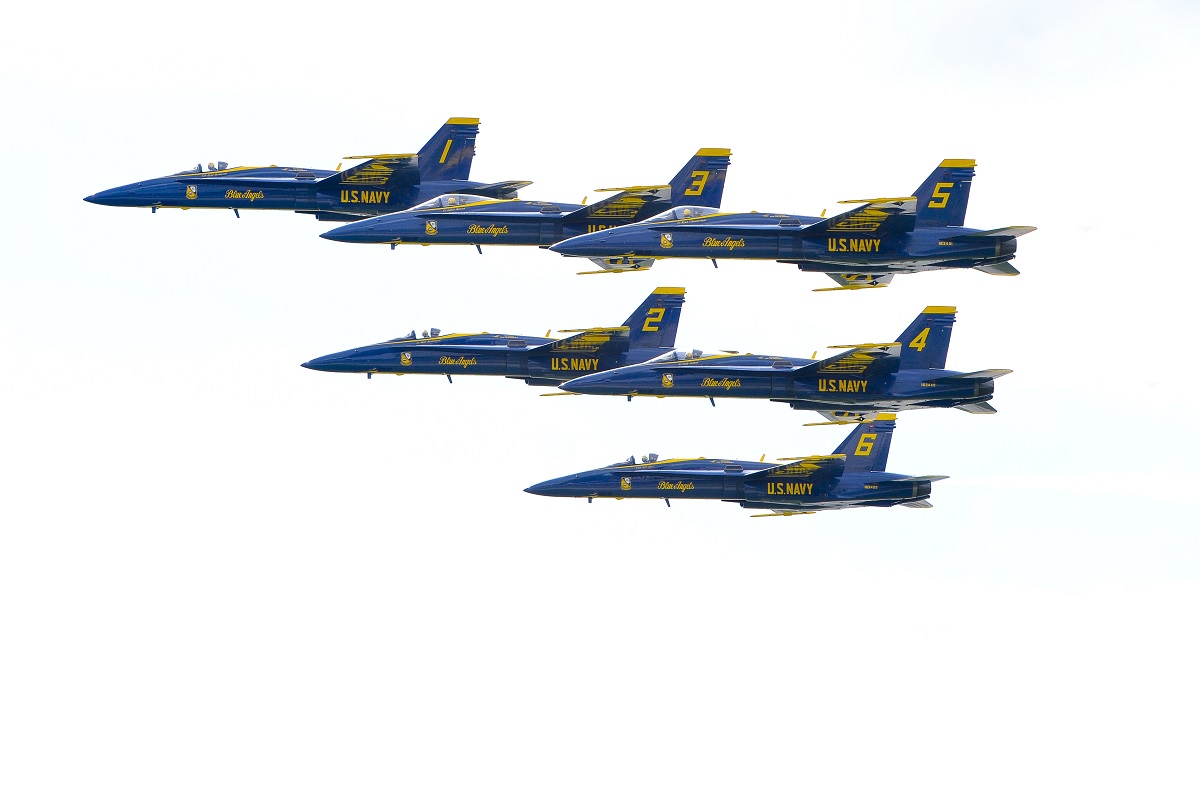 The cuts would go well beyond the Blue Angels, forcing the Marine Corps to make structural changes

As reported by Defense News, if the U.S. Defense Department gets hit with sequestration again in 2020, the U.S. Navy Flight Demonstration Squadron, the Blue Angels, won’t be hitting the air show circuit, according to a U.S. Navy document submitted to Congress last week.

Program Objective Memorandum-20 (POM-20), a paper submitted to Congress by Navy Secretary Richard Spencer, in fact puts the Blue Angels’ 2020 tour in the crosshairs if Congress can’t come to a deal that avoids an across-the-board cut to the Defense Department’s budget by mid-January 2020.

The slide, which shows the potential impact of a “mechanical sequestration” on regions throughout the country, shows 21 shows being canceled, an estimate based on the 2019 schedule.

“If we were forced back to a sequestration level, it would be more than just the Blue Angels not doing air shows,” Neller said. “It would be units getting ready to deploy later, it would cause us to look at our force structure, have to make ourselves a smaller force.”

All the services have been tasked by the Office of the Secretary of Defense to come up with a 2020 budget that accounts for sequestration in addition to the regular 2020 budget.

Congress has until Jan. 15, 2020, to come up with a deal that forestalls sequestration, said Todd Harrison, an analyst with the Center for Strategic and International Studies.

The U.S. Navy declined to directly comment on specific 2020 proposed budget cuts, according to a Navy spokesperson.

Noteworthy the Blue Angels are slated to upgrade from the F/A-18 Legacy Hornet to the F/A-18 Super Hornet soon.

Still, the Rhino (as the Super Hornet is dubbed by its aircrews) is something more than a Legacy Hornet younger brother. In fact when it is strictly compared to the F/A-18A/B/C/D, the F/A-18E/F is 25 percent larger and the two General Electric F414-GE-400 engines have increased the aircraft thrust of 35 percent over the older model. Moreover an enhanced fuel capacity boosts the Super Hornet mission range.